What's the Score? The Searchers by Max Steiner 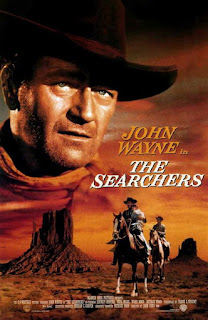 A post on the web asks the all-too typical question: Is the Searchers the greatest film score Max Steiner ever composed?

Like any employment of the logical fallacy of false choices, the query is too broad…and too limited. Max Steiner wrote a great many GREAT scores, including Gone With the Wind, Casablanca, and A Summer Place. He wrote fantastic music for other westerns too: Dodge City, The Oklahoma Kid, They Died With the Boots On, and the list goes on. All told, the Austrian born composer put together more than 300 scores fro RKO and Warner Brothers and was nominated for 24 Oscars.

The question ought to be rephrased.

Is the Searchers one of the GREATEST of film cores? And to that, the answer is an emphatic yes. For me, it’s right at the pinnacle of the mountain, duking it out with the Magnificent Seven.

The Searchers is a 1956 film directed by John fore, based on the 1954 novel by Alan Le May and starring John Wayne. Wayne plays a grizzled old Civil War vet named Ethan Edwards looking for his niece (Natalie Wood) who’s been abducted by Native Americans.

Like the music that frames, uplifts, and weaves the action together, The Searchers tops nearly all its peers.

I agree. Few other films manage to tie the emotional impact of individual scenes together with just the right progression of chords. Few manage to add so substantially to the narrative that without the music, the story might be entirely different. But Steiner accomplishes much in collaboration with Ford’s vision.

Nowhere is this seen as succinctly as the famous “doorway scene” at the end of the movie where Edwards, having accomplished his mission, stands outside looking in, the perennial loner, as the Sons of the Pioneers offer the mournful, lonely “End Title”