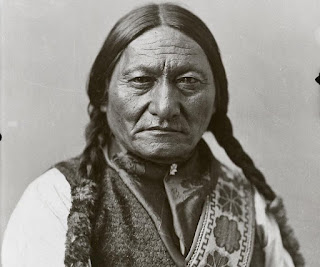 September 8, 1883, was a milestone for the people of The United States. It was the day that the growing nation was joined east-to-west with the completion of the northern transcontinental railroad. The Union Pacific and the Central Pacific Railroads had accomplished this task in 1869 by linking New York City with Sacramento, California, but a northern route was deemed necessary, joining the Great Lakes at Duluth, Minnesota to Puget Sound in Washington.

The Northern Pacific Railroad was given a charter by Congress in 1864 and the work began in 1870, one year after the Union Pacific and Central Pacific route had been completed with the golden spike ceremony at Promontory Point in Utah. Following the example of the Union and Central Pacific, the northern route was constructed with two crews, one working east to west and the other working west to east.

Fourteen years and 6,800 miles of railroad track later, the two crews met near Gold Creek, Montana (where the first gold in the state was discovered in 1852), about forty miles west of Helena. A lavish celebration was planned for the occasion. Five trains carried dignitaries from the east and the west coasts, with over 300 people there to witness the symbolic driving-in of the golden spike. Those in attendance included railroad officials, former U.S. President, Ulysses S. Grant, governors from all of the states that the railroad crossed; bankers and investors, and foreign diplomats from Europe. One of the most notable dignitaries, however, was Sitting Bull, the Hunkpapa Lakota leader who had guided his people in their efforts to resist the U.S. government and the expansion of white settlers into Lakota territory.


After Sitting Bull’s victory at the Little Bighorn in June of 1876, the backlash from the U.S. Army was so intense, that life for the Lakota became almost impossible. In May of 1877, Sitting Bull led his band of Lakota north across the border into Canada where they remained for four years. The lack of buffalo herds led to near starvation for Sitting Bull and his people and prompted a return to the United States. On July 19, 1881, Sitting Bull surrendered to Major David H. Brotherton, commanding officer of Fort Buford in the Dakota Territory.

Having been asked to participate in the golden spike ceremony for the Northern Pacific Railroad, Sitting Bull saw his chance for one last act of defiance, so he agreed to give a speech.


The time came for the proud Lakota Chief to make his speech, and he rose to his feet. His speech had been previously submitted for “approval” and had been heavily edited by a young army officer who happened to be the only other person present who understood the Lakota language. As he started to speak, the audience was shocked to hear him speaking in Lakota, even though he was fluent in English; however, the young army officer was even more shocked to discover that Sitting Bull was NOT delivering the speech that had been approved.

“I hate all white people. You are thieves and liars. You have taken away our land and made us outcasts.”

He continued to describe all of the atrocities that his people had endured at the hands of the whites. He gave a scathing rebuke of white corruption and greed. The only person there who understood what Sitting Bull was saying was the young army officer, who wisely remained quiet. The rest of the crowd assumed that Sitting Bull was praising their great accomplishment, so they would cheer and applaud whenever Sitting Bull would pause in his speech. When he finished speaking, Sitting Bull received a standing ovation from the crowd that he had just contemptuously chided.

Although he had been forced to surrender in order to feed his starving people, Sitting Bull still had plenty of animosity and fight left in him.

During the next few years, Sitting Bull toured the country with various Wild West shows, and met both Buffalo Bill Cody and Annie Oakley. He was so impressed with Annie Oakley that he symbolically “adopted” her as a daughter in 1884. He named her “Little Sure Shot” – a name that Oakley used throughout her career.

Sitting Bull was shot to death on December 15, 1890, at the Standing Rock Indian Agency. Ironically, he was shot, not by white men, but by Lakota Reservation Police trying to arrest him. 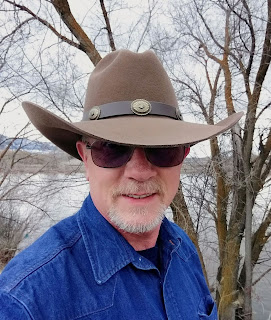 Mike is an award-winning Western author currently living in a 600 square foot cabin in the mountains of Western Montana. He has been married to his redheaded sweetheart, Tami, since 1989. He is a Western Fictioneers Peacemaker Award Finalist two years in a row and his short stories have been published in numerous anthologies and are available through Amazon, Barnes and Noble, and other online retailers as well as brick and mortar bookstores. His first Western novel, The Sons of Philo Gaines, was released in November of 2020. It is available everywhere books are sold. Mike is a member of Western Writers of America and Western Fictioneers. You can find him on Facebook at https://www.facebook.com/MichaelRRittAuthor, or at his website https://michaelrritt.com.