THE HISTORY OF THE PILL AND THE SYRINGE

- pushing back the frontiers of Medicine

Back in 2013 when I wrote this post for The Doctor's Bag blog I did not expect to be wielding a syringe as much as I am today in 2021. But no-one could have predicted the Covid-19 pandemic. The development of the various vaccines has been a phenomenal scientific achievement and the vaccination programmes that are going on in countries around the world gives us hope to escape the shackles of this dreadful pandemic.
Nowadays we take our pills, tablets and injections for granted. But they were all major developments in the history of medicine. The hypodermic syringe was a relatively recent invention, which as a vaccinator I am really grateful for. It is so simple, but its importance has never been so evident as it is today.
Let's start with Gunsmoke!
If you are a Gunsmoke fan you will doubtless have been amazed at how many medicines Doc Galen Adams crammed into that old black bag of his. He was prepared for any eventuality and would always have something that he could give to relieve the sick or injured.

Back in Wolf Creek Doc Logan Munro tries his best to stay up to date with modern medicine and surgery. He makes up all of his own medicines, often using herbs or traditional remedies that he has picked up along the way or been alerted to by Charlie Blackfeather.

But the way that the medicines were given is interesting, because in medicine you want to present a drug to the body in the most effective way that you can.


The invention of the pill
We must go back into the mists of time to look at a great boon to mankind, the development of the pill as a means of delivering medicine.

The ancient Egyptians seem to have been the first to come up with the idea. There are ten medical and surgical papyri, which detail treatments used in the days of the pharaohs. The Ebers papyrus, written about 1550 BC contains recipes for all manner of enemas, lozenges and pills. These early pills were hard compressed balls of clay or bread. In addition, they sometimes used the faeces of various creatures.

Now I guess you may have turned your nose up in disgust at that last sentence. But consider the times they lived in, with a pantheon of over 400 gods and goddesses. The world was a mystical place organised by the deities, and the priesthoods had rituals that covered just about every activity that could be undertaken.

The scarab, the dung beetle rolled a ball of dung in order to lay its eggs inside it. This the Egyptians believed was symbolic of the god Khepri, the scarab-headed god, who rolled the sun across the heavens each day.

The scarab was the ancient Egyptian symbol of birth, regeneration and renewal as well as being used as a powerful talisman for health. It has been suggested that priest physicians invoked Khepri when they made their remedies, which they did as these crude pills, like the dung beetle.
Coating the pill
The basic design for the pill lasted almost 2,500 years until the Persian physician Rhazes (865-925 AD) improved upon it by giving it a coating. By using a psyllium-seed mucilage the solved the problem of the nauseating or bitter tasting pill.

A  century later another Persian polymath, known as Avicenna (980-1037 AD) further improved it by coating his pills in silver or gold leaf. In an age of alchemy, precious metals were thought to enhance the effectiveness of medicines. An interesting boost to the placebo effect. 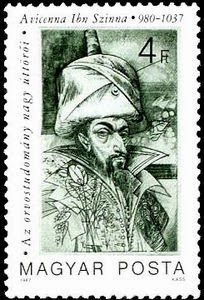 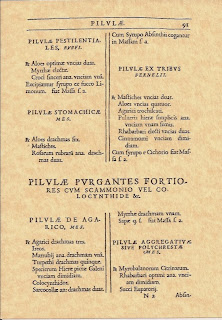 
The problem of bioavailability
Bioavailability means the readiness with which a drug can be absorbed and allowed to reach its target organs. The pills that had been in use for centuries often had poor bioavailability because the material they were encased in didn't break down in the intestines. In many cases it would be like swallowing and trying to absorb buckshot.

In 1834 the French pharmacist Mothes devised the gelatin capsule, which could be used to contain liquids or powders.These are still used today.

A real breakthrough came in 1884 when Dr William Upjohn (1853-1932) patented a 'friable pill,' which was made by compressing powder into a pill shape. This would then dissolve in the stomach and be absorbed quickly. It had good bioavailability.

Dr Upjohn lived, qualified and practiced in Michigan. He knew that his invention was a winner, the problem being to persuade other doctors to use his friable pills rather than their own hard pellets. He did it by sending thousands of pine boards along with traditionally made pills and his own friable pills to doctors all over the country, inviting them to  try to hammer the traditional pills into the board. They often did so without breaking, showing how hard it was for the body to absorb. In comparison, one of his friable pills could be turned into powder, ready to be absorbed, merely with the pressure of the thumb. It was a brilliant and persuasive image which became the logo of The Upjohn  Pill and Granule Company that he and his brother formed in Kalamazoo in 1886. It was to become one of the pharmaceutical giants of the 20th Century. 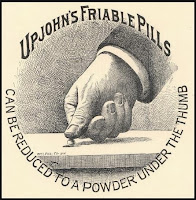 It changed the face of medicine.

Hypodermic comes from the Greek hypo, meaning 'under' and derma, meaning 'skin'. It therefore means syringing under the skin into the body.

This is one of the most important inventions in medicine, for it gave doctors a means of delivering drugs into the patient's system, by-passing the gastro-intestinal tract. That is often a good thing to do, especially if the person has an inflamed stomach or if they are vomiting and unable to keep anything down. But it wasn't invented until the mid-nineteenth century.

Dr Thomas Wood (1817-1884) a Scottish physician invented the first hypodermic syringe in 1853. Apparently he tried to copy the action of a bee sting, so he used a hollow needle that could be attached to a metal syringe.  He used it to inject morphine and other opiates in the treatment of neuralgia, which was at that time  an umbrella label for all manner of painful conditions.

During the Civil War most surgeons simply dusted morphine into wounds or gave opium pills. Dr John Billings (1838-1913), a Lieutenant Colonel in the Union Army was the first doctor to use a hypodermic syringe in the field. Despite his advocacy of it, however, probably less than a dozen were used during the war.

Dr Billings would go on to become one of the most prominent physicians and librarians in American medicine.

Syringes are used to inject subcutaneously (just under the skin), intra-muscularly (into the muscle) and intra-venously (directly into the blood stream through a vein). It is important to expel any air when giving an intra-venous injection, sine an air bubble can travel throughout the circulation as an air embolism. It can have the same effect as  a blood clot and could produce a heart attack, stroke or chest pain. They can be rapidly fatal. It is for this reason that you see doctors invert a syringe, as in the position in the photograph, tap it to get any air to the top of the syringe, below the aperture of the needle, then squirt some fluid out. This is to get rid of air bubbles to prevent an embolism.
VACCINE NOTE: With the Covid vaccines we do not tap the syringe to remove air bubble. In some of the vaccine syringes we are using there is vaccine in the needle and every last drop is vital. But fear not, we remove air into the vial and since this is an intramuscular injection there s no risk of embolism.
***** 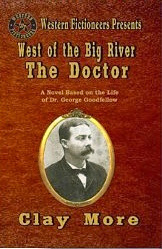