On This Date in the Old West...

I have completed a year of “Holidays in the Old West,” so I’ve been searching for something else interesting to offer our readers. As I am fascinated by history, I will be digging deep into the history of the dates of my blog posts, seeking little-known but fascinating facts for your edification.

April 9, of course, marks the date (in 1865) that General Robert E. Lee and 26,765 Confederate soldiers surrendered to U.S. Lieutenant General Ulysses S. Grant at the Appomattox Court House, thus ending the U.S. Civil War. However, I feel the topic has been pretty much exhausted (and probably by better researchers than yours truly), so I will let it go with a mention.

I would instead like to present another Civil War story: the story of Dr. Mary Edwards Walker, who, on April 9, 1864, was arrested by Confederate troops as a spy. She had crossed battle lines to assist a Confederate surgeon and was held prisoner until August of that same year. Walker is a fascinating character and one you might well have your characters encounter if you write about this period of history. 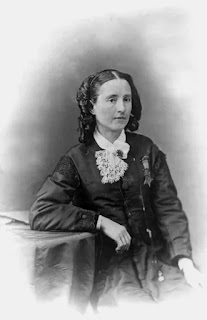 Mary Edwards Walker was born on November 26, 1832, in Oswego, New York. She was the fifth daughter of abolitionists Alvah and Vesta Whitcomb Walker, who shaped her unusual character (well, unusual for that time anyway). Her parents encouraged young Mary to wear “bloomer” pants rather than confining dresses, for example, and she continued this practice throughout her life, even wearing trousers beneath her wedding dress. When arrested for such daring attire in 1870, she protested that “I don’t wear men’s clothes. I wear my own clothes.”

Education was very important to the Walker family. Mary’s parents started the first free school in Oswego so that their daughters could be educated as thoroughly as their son. Mary and two of her older sisters then attended Falley Seminary in Fulton, New York. Once Mary had graduated from this school, she taught in Minetto, New York. However, she knew even then that her true vocation lay elsewhere: as a doctor.

Mary worked as a teacher until she had saved enough money to attend Syracuse Medical College. She received her medical degree in 1855—the second woman to graduate from the school (the first was Elizabeth Blackwell). Shortly after her graduation, Mary wed another physician, Albert Miller, and started a joint practice with her husband in Rome, New York. She refused to “obey” Albert during the vows and kept her last name, as well as wearing those trousers beneath a knee-length dress. Their practice did not succeed, as her neighbors refused to accept a woman doctor, and the couple later divorced. 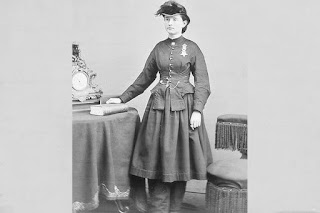 When the Civil War began, Mary wanted to join the Union Army as a surgeon. She traveled to Washington, D.C., but was not allowed to serve as a medical officer because of her gender. Mary then decided to serve as an unpaid volunteer at the U.S. Patent Office Hospital in Washington. At that time, the army did not accept female surgeons, so Mary was only allowed to function as a nurse.

Mary then organized the Women’s Relief Organization, which aided families who came to visit their wounded at the hospital. In 1862, Mary moved to Virginia and started treating wounded soldiers near the front lines of battle. In September of that year, she wrote to the War Department, asking to become a spy. This request was rejected, but in 1863, her license to practice as a surgeon was finally granted. Mary became the first female U.S. Army surgeon in history (as a “Contract Acting Assistant Surgeon [civilian].”

During her wartime career, Mary often crossed battle lines, which is how she came to be arrested as a spy in 1864. One month after her release from prison, Mary became the assistant surgeon of the Ohio 52ndInfantry. She is the only woman in U.S. history to be given the Congressional Medal of Honor. 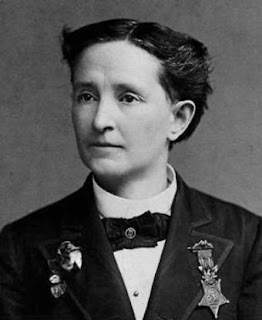 In addition to her work with the army, Mary also advocated for women’s rights, particularly in the areas of suffrage and sensible clothing. Her arrest for dressing like a man occurred in New Orleans but did nothing to deter her from the practice. Mary tried to register to vote in 1871 but was denied. She then campaigned for the U.S. Senate in 1881 and ran for Congress (as a Democratic candidate) in 1890. She didn’t win either campaign, but she did testify in front of the U.S. House of Representatives in favor of women’s suffrage.

Mary died at her home on February 21, 1919, at the age of 86. She was buried (in a black suit) in Rural Cemetery in Oswego. This fascinating character would be a wonderful addition to your historical fiction tales, especially if you’re writing about the Civil War or women’s suffrage. In her own words, from 1897, “I am the original new woman … why, before Lucy Stone, Mrs. Bloomer, Elizabeth Cady Stanton and Susan B. Anthony were—before they were, I am.” 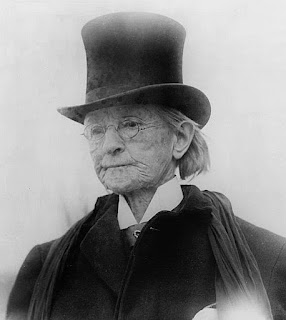