A few years ago, during a trip to Colorado, I took the opportunity to visit the gravesite of that iconic western figure, William Fredrick Cody, better known as Buffalo Bill. The grave is prominently placed on top of Lookout Mountain outside of Golden, Colorado.

Rising 7,377 feet, Lookout Mountain is part of the eastern foothills of the Rocky Mountains and is located about two miles southwest of Golden, Colorado. Aptly named, from its summit you have an imposing view of a large part of Colorado’s eastern plains, including an impressive view of the city of Denver twelve miles to the east.

Buffalo Bill passed away from kidney failure on January 10th, 1917, while visiting his sister in Denver. The first draft of his will indicated that he wanted to be buried on Cedar Mountain near the town that he founded – Cody, Wyoming. However, in the final draft of his will, Cody had changed the choice of his eternal resting place to Lookout Mountain.

In January of 1917, the road to Lookout Mountain was impassible because of the snow, so the undertaker at Olinger’s Mortuary in Denver kept Cody’s body on ice until June when the roads could clear and the summit to Lookout Mountain could be reached. During those six months, Olinger’s embalmed Cody’s body six times to prevent decomposition and keep it looking “fresh” until they could hold the funeral service.

Here’s an interesting side note about the Olinger Mortuary. It is now “Linger Eatuaries.” That’s right. If you are up for a little macabre dining experience, you can visit Linger’s and dine in the same building where Buffalo Bill was embalmed. (It actually looks like a beautiful restaurant).

There has been some ill-will, and not a little controversy, between Colorado and their neighbor to the north over the burial of Buffalo Bill Cody. There were rumors that some fearless Wyoming patriots stole Cody’s body from the mortuary and replaced it with the body of a vagrant who looked like Buffalo Bill. This is highly unlikely and these rumors were never taken very seriously. During his funeral in June of 1917, Cody’s family and friends, as well as thousands of mourners, viewed his open casket. Someone surely would have recognized if there had been an imposter in the casket instead of the famous scout and showman.

In 1921, Cody’s wife, Louisa, died and was buried next to her husband on Lookout Mountain. Shortly thereafter, Cody’s niece, Mary Jester Allen accused Denver officials of conspiring to bury Cody on Lookout Mountain rather than sending his body to Cody, Wyoming. People on both sides of the Colorado-Wyoming border were enraged by the new allegations. As a result, John Baker, Cody’s foster son, had Buffalo Bill and Louisa reburied under tons of concrete to ward off any attempts to steal the bodies.

The controversy continued in 1948 when members of the American Foreign Legion in Cody, Wyoming offered a $10,000.00 reward to anyone who could steal Cody’s body and return it to Wyoming. This prompted the state of Colorado to call out the National Guard to be stationed around the gravesite to protect it from being pilfered.

As recently as 2006, Wyoming state legislators were still “joking” about retrieving Cody’s body through covert means.

Always the showman and consummate entertainer, I think that Cody would have enjoyed the hullabaloo and the attention that he is still drawing, more than 100 years after his death. 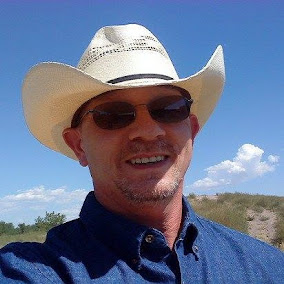