Over the last few years historians have been thinking and writing about Black history in new and exciting ways. A lot of the focus has been on the South, but there is also a rich African-American past in the West.

Everyone knows about the Buffalo Soldiers, Black troops who fanned out across the West and who fought in some of the most violent conflicts in the region, from the Indian Wars to the bloody cattle ranching clashes in Wyoming. But the African-American experience wasn’t all about war, and the life of entrepreneur Elizabeth Smith, who spent the better part of her life in Wickenburg, Arizona, is a lesson in not taking well-worn narratives for granted.

Among the first African-Americans in Arizona Territory were soldiers posted at the forts which had been established in the wake of clashes with indigenous tribes. They were soon joined by miners eager to cash in on the gold and silver which was first discovered during the Civil War years. Black men also worked as cowboys on cattle ranches.

In 1870 there were twenty-three Black men in Arizona Territory, and five women. By 1890 there were 1,173 men to 184 women. Many women worked as cooks on military forts or did other domestic tasks, whether they were in the territory with their husbands or not. African-Americans also began to move into growing cities such as Phoenix and Tucson. 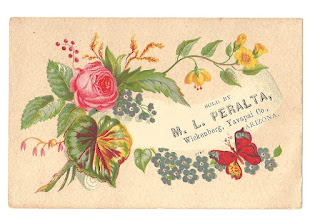 One up and coming town was Wickenburg, about fifty miles northwest of Phoenix. Founded in 1863 when German immigrant Henry Wickenburg discovered a rich gold vein soon named the Vulture Mine, the town of Wickenburg was also a center for agriculture and ranching. By the 1890s it was fast becoming a community of families, not just miners and cowboys, and Wickenburg had a diverse population of Anglos, Mexicans, Chinese, and European immigrants.

Wickenburg was a welcome stopping place for people traveling between the former territorial capital of Prescott and the new capital Phoenix, in the booming Salt River Valley. The Santa Fe, Prescott & Phoenix Railroad recognized Wickenburg’s importance to the territory’s economy and added a stop there in 1894. Sometime around 1897 Bill and Elizabeth Smith stepped off the train and onto Railroad Street. 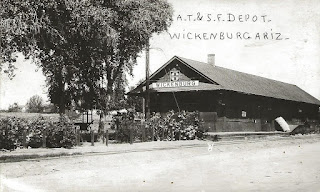 Their early history is murky. Even documentation from census records is confusing, but the two were born in the southern states (either Alabama or South Carolina). At some point they both lived in Illinois and were married in 1896, when Bill was possibly in his mid-thirties, and Elizabeth in her late twenties.

Why they decided to come to Wickenburg is unknown, but soon after their arrival Elizabeth was working as a cook at the Baxter Hotel. By the summer of 1900 the couple owned the hotel and soon added a second story. The railroad brought in a steady stream of drummers (traveling salesmen), cowboys, miners, and capitalists. They all needed a place to stay and the Santa Fe railroad knew it.

Sometime before 1905 the railroad’s managers approached the Smiths and suggested that they build a new hotel to accommodate the rising tide of travelers. The couple hired architect James Creighton to design a neo-colonial brick structure which they named the Vernetta, for Bill Smith’s mother.

The hotel was a hit from the start. The February 16, 1908 issue of the Arizona Republican reported that the Vernetta was already too small for the swarm of mining men coming to town. Bill Smith was quoted as saying he could fill twenty more rooms every night.

Elizabeth Smith transcended expectations for Black women in her life at the Hotel Vernetta. Although Bill was listed in records as the hotel keeper, Elizabeth was the face of the enterprise. She made the lobby a welcoming place for all manner of weary visitors and fed them well with produce from local farms.

But she also did this out of necessity. Bill regularly wandered out of town, leaving Elizabeth to run the place alone. She was more than capable of managing the property, and in 1912 she divorced Bill, who then dropped out of history. 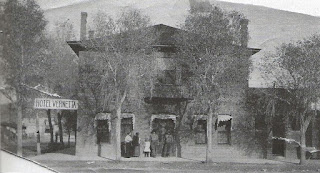 Elizabeth was one of the pillars of the new Presbyterian church, accepted despite her skin color. She was welcome in the homes and businesses of local residents. But this changed as Wickenburg grew in the years before World War I. Incorporation, the hiring of town officials, and an influx of new residents changed attitudes toward African-Americans in general and Elizabeth in particular.

She became less welcome at places where she had walked freely, even at church.  Elizabeth Smith had no doubt experienced prejudice from the people who came through her hotel, and even from some locals, but this wholesale shunning was something different. For possibly the first time since she moved to Wickenburg, she was judged wanting because of her race.

But Elizabeth prevailed. She owned a lot of real estate around Wickenburg and continued to run the Vernetta. She kept the place looking smart with new paint and varnish in 1921 and hosted local dances there. She remained at the hotel desk until her death on March 25, 1935, leaving behind an estate of nearly $25,000.

But even in death there was a final indignity: residents refused to bury Elizabeth in Wickenburg’s white cemetery. However, she was welcomed at the Garcia Cemetery, established by early settler Ygnacio Garcia in 1890. He had given some land to be the final resting place for Mexicans and Chinese killed by the floods which tore through the region when the Walnut Grove dam collapsed that February. When Elizabeth Smith passed, the graveyard’s proprietors gave her a place, too. 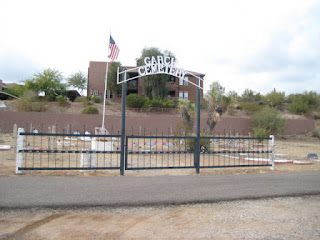 The Hotel Vernetta is now the Hassayampa Building and serves as office space. But Elizabeth Smith’s life and memory do not just exist at her Garcia Cemetery memorial.

When the town of Wickenburg commissioned artist J. Seward Johnson to create a series of sculptures depicting figures from the city’s past, Elizabeth Smith was on the list, and today her life-sized bronze welcomes tourists at the site of her old hotel.