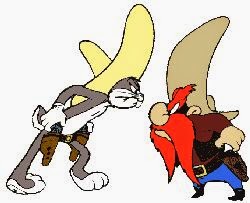 Maybe we learned how to mourn, given cable TV's Longmire cancellation! We Baby Boomers scrambled out of bed on Saturday mornings to catch a whole slew of our fave cartoons! The western-themed few whetted our young appetites for the afternoon classic western films with the Duke, Jimmy Stewart, Roy Rogers, etc., and evening TV shows like Gunsmoke, Bonanza, Maverick, The Rifleman, Cheyenne, High Chaparral, Lancer, Alias Smith and Jones, even the comical F Troop.

Here are the hilarious and heroic Saturday morning western cartoon characters. If I missed any, let me know. 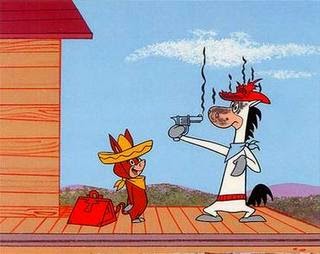 Who can forget Hanna-Barbara's dim-witted sheriff Quick Draw, his loyal sidekick Baba Looey, El Kabong - the Zorro-like masked and caped good guy (er, horse). I especially enjoyed El Kabong swinging on his rope and bashing the bad guys on the head with his guitar. 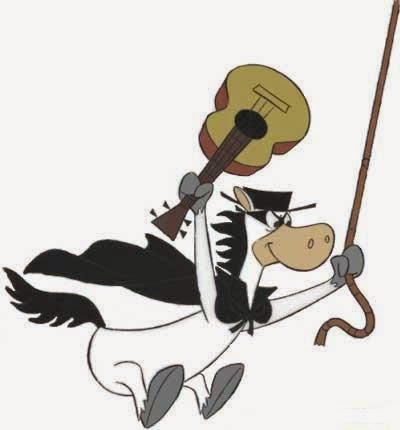 But you gotta love Deputy Baba Looey (no doubt a take on Desi Arnaz's popularity at the time), the sweet little -- what was he? Supposedly a Mexican burro, although I never realized that as a kid - hey, I'm a city girl so don't laugh! I'd never seen a real horse until I was a teen. Baba Looey did speak with an accent, calling his boss "Queeks Draw," but that went right over my head too. 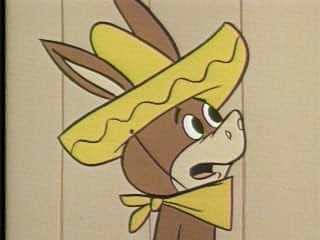 I also loved Snuffles, Quick Draw's bloodhound, who would point to his mouth with an "uh-uh-uh," jump up after getting a dog treat and float back down. HA! He'd put his nose on the ground and follow the trail if Quick Draw needed a good tracker - and if he didn't get a reward, he'd shake his head in disgust. I never blamed him. 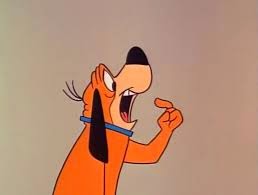 Quick Draw also appeared as a cereal mascot for Sugar Smacks - lip-smackin' good for kids of my generation hooked on sugar. Gee thanks, Big Biz. No wonder we have weight problems today. 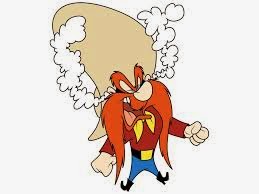 Did this cowboy braggadocio really have something to boast about, with his six-guns, huge mustache and hat? Or was he making up for his small stature? Yosemite Sam claimed to be Bugs Bunny's archenemy, always saying, "Ah hates rabbits." Looney Toons were always fun, with wonderful art work in detail. I'd put Warner Brothers as the best of the best in writing, antics and one-liners, too.

Sam often changed venues to catch Bugs out, appearing as a Confederate general, a captain in the Roman Imperial Legion, a pirate up against Captain Hareblower, the Black Knight against Bugs's White Knight, as well as a Viking, an Indian chief, a mountain climber, a chef, a prison guard, a sailor and an alien in outer space. Sam sure got around! 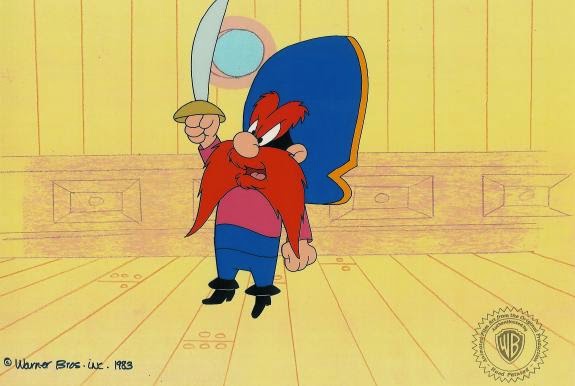 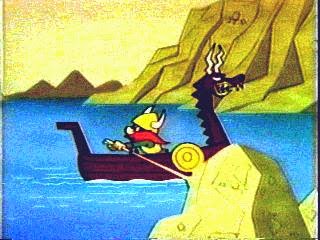 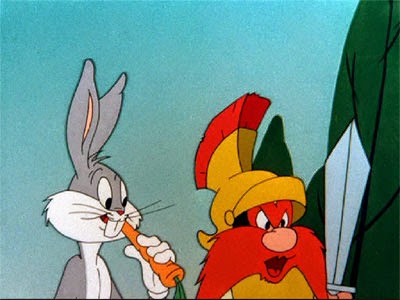 Yosemite Sam sure had range as an actor, too.  And we kids loved the big-nosed old coot and laughed at his determination to get that rabbit. Bugs, however, never lost his cool. 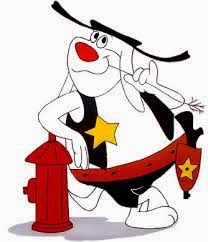 Lesser known, and of less quality in illustration and writing, the Terrytoon character of Deputy Dawg worked for a human sheriff and tried to keep the "varmints" out of trouble. Most of the time, though, Deputy Dawg preferred "fishin' for catfish" and keeping company with his friends (also the varmints) Muskie Muskrat, Moley Mole, Ty Coon, and Vincent Van Gopher. As a kid, I didn't care for whoever voiced Deputy Dawg. I liked the varmints and their antics best. Call me a rebel at heart. 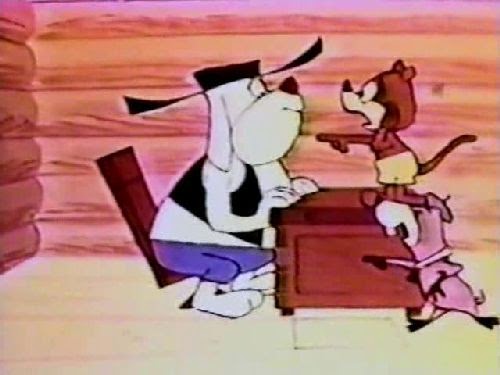 Once the 70s faded, and the 80s cartoons such as the blue Smurfs, My Little Pony and Teenage Mutant Ninja Turtles started taking over, western cartoons bit the dust.

A sad day, since western television shows soon followed - moseying down the lonesome trail to the forgotten, barren deserts of TV Land. Sigh. Perhaps with the resurgence of western movies, cartoon illustrators of today will find inspiration (God forbid, not Johnny Depp's bird-head Tonto!) and bring about something better than the sharp angles and awful colors on the 21st century cartoon shows.

Children are in dire need a good hero figure. Come back, El Kabong! Come back!!

*Apologies to Pete Seeger for parodying his "Where Have All the Flowers Gone" song. (I'm no Weird Al Yankovich.) 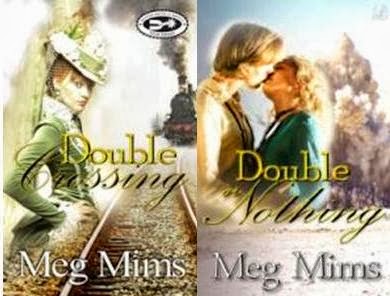 Mystery author Meg Mims lives in Southeastern Michigan with her husband and a 'Make My Day' Malti-poo dog.Meg loves writing novels, short novellas and short stories, both contemporary and historical. Her Spur and Laramie Award winning Double series is now among the Prairie Rose Publications book list. Meg is also one-half of the D.E. Ireland team writing the Eliza Doolittle & Henry Higgins Mystery series for St. Martin's Minotaur. You can find her on Twitter, Facebook and Pinterest.