BEATS and PAUSES by Ken Farmer 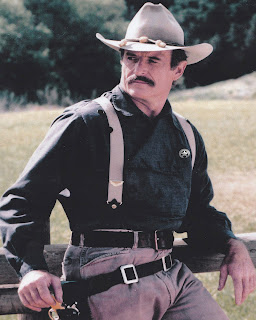 I mentioned in my last blog that I would talk more about dialogue and beats…well, here' tiz.
I learned a long time ago in my acting career about what actors call, beats, pauses and hitches. I'm only goin to focus on beats and pauses here because I have yet to figure out how to effectively write a hitch. I suppose I'd better explain. A hitch is a very short beat, more of a quick closing of the throat between words.  An example almost everyone in the world is familiar is from John Wayne. I'm not sure that it was ever intentional as was possibly just his speech pattern: "Now listen and listen tight/pilgrim." The quick closing of the throat between 'tight' and 'pilgrim' gave him that recognizable quirk in his speech.
Another well-known celebrity that used it was Paul Harvey, most notably in his signature sign off for his featured The Rest of the Story: "And now you know/the rest/of the story."
So, in this piece I'll just break down uses of patterns in writing dialogue. As I mentioned, in my acting career…over forty years worth…not only did I learn how to perform written dialogue so that it sounded like impromptu conversation, but also how to write it. Almost any character, unless they are reciting something from memory, such as a passage from the Bible or maybe Shakespeare or Keats, creates their dialogue on the fly.
No one knows exactly what they're going to say much past three seconds. A famous boxer once said, "Everyone has a plan until he get hit in the mouth." To demonstrate this, I used to ask my acting students in class a question:
"Eryn, do you ever fight with your boyfriend?"
She would reply, "Sure."
Did you ever know there was going to be a fight over something before it happened…like say, putting the lid back down on the toilet?"
"Oh, yeah."
"Did you ever plan what you were going to say in the forthcoming argument?"
"Uh, huh."
"How did that work out for you?"
"Uh…not very well…after the first sentence."
"Yep, because you can't control what he was going to say…'The best laid schemes o' mice an' men gang aft a-gley', to quote Robert Burns."
I would tell my actors, "Even though you have a script provided to you…for the conversation to sound 'unscripted' and natural…you must allow the character to create the dialogue as it happens." That bears repeating, "You must allow the character(s) to create the dialogue as it happens." As it is with acting…so it is with writing.
I see far too much dialogue written like a writer might write…not how people talk. A conversation between or among characters is nothing more than constant improvisation and we, as writers, even though we write down every word…it should sound like the characters are creating it at the moment…in my opinion. All conversations have natural beats, hesitations and pauses. Why? Because the characters are thinking of what they're going to say next. They are creating dialogue…and to sound natural, the writer should get the hell out of the way and let them do it.
Alrighty then, how do we do that? Well first, very few people actually speak in complete sentences. A writer might write:
"I'm going in to town, Bill, do you need anything?" asked Barbara.
"Not really, Barbara, thanks, I'm fine."
But, an actual scene between two real characters would go:
"Goin' to town…need anything?"
"I'm good."
I will write the dialogue, then, playing each character, do the dialogue out loud. It either sounds right or it doesn't. If it doesn't, I start removing things like pronouns and nouns and inserting ellipses. I like to insert them where a character would hesitate, much like an elongated comma or a quick thought process. I only use ellipses in dialogue and use EM dashes in exposition, but that's just me.

Here's an example of putting hesitations in dialogue from our upcoming novel, Bass and the Lady: 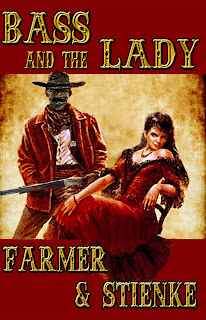 "It doesn't matter whether I squat or stand to pee…I'm wearing a Deputy United States Marshal's badge…and that trumps just about everything else I know…So, looks like I've taken this pot."
I use the ellipses for thought and for emphasis…Oh, it's also used for interruptions:
"I'd be for figuring out a way or you're going to lose your right ear…You got five seconds. Two…three…"
"Hey, what happened to one?"
"Four…" Her steel-gray eyes flashed.
The use of the 'Pause' can also be effective in breaking up long stretches of dialogue and for emphasis:
"If you all are through getting acquainted…Bass I'm afraid I have some more bad news." The judge paused and glanced out the window, and then turned back. "Your eldest son, Bennie, caught his wife with another man last week. He shot and killed her and is now on the run."
When I write, I see and hear a movie in my head and I'm the writer/director. I just write down what happens…when and where the characters pause or hesitate. I suppose it's the actor in me.
I also like to make use of the EM dash in exposition, many times in place of commas and or semicolons—hate semicolons:
Deputy US Marshal Jack McGann—accompanied by his big white wolf-dog, Son—worked his red and white Overo paint down the steep slope along the side of Turner Falls. An eight point buck was draped across the horse's rump—tied on by the long saddle strings behind the cantle—as they headed back toward the cabin.
To me, it gives the reader a better opportunity to visualize the scene as it unfolds. I never mix the two, EM dashes and ellipses. I only use the EM in exposition and the ellipses in dialogue…with one exception. The cliff hanger at the end of a section break or chapter: (From the Laramie Award winning Haunted Falls)
Angie knew that her husband's people held this cave to be sacred, very spiritual and some even thought it to be haunted. She couldn't help but wonder as she crossed herself again, Where did that hat and other guns come from? I know they were not here before…and who or what is he…
That's my story and I'm sticking to it.

Excellence in storytelling depends less on rules of grammar
than on the sense of what just sounds right.
Posted by Ken Farmer at 7:12 AM