Games Kids Played Back When
We just spent 38 hours without power.  Not so bad, you say?  I have a brand new release and couldn't publicize it.  Yes, the publisher does more than most, but these days, if you don't promote, you don't sell.

Ahem.  This will be a short post since I had so little time to get going on it, because, well, we had no power.  So here's my new release to the right.  Kudos to Livia Reasoner who designed the cover.  It's a fun western romance with attack goats and a killer chicken named Jethro.

About that power outage... Three adults and four boys live in this house.  The four boys were utterly lost—no Xbox, no Kindle, no computer.  So no video games.  They had no idea how to entertain themselves but quickly devised a game where they played characters of their favorite video games.  Before that happened, though, they wanted to know what we did when we were kids.

No one made up our worlds for us.  Yes, sometimes we played in Marshal Dillon’s world, or Paladin’s world, or Samantha Stevens’ world, but mostly we made up our own.  Someone would be the hero, someone the villain, and then there was the damsel in distress.  We all hated being the damsel so usually the smallest kid (boy or girl) got stuck with that.

And we played all sorts of games: 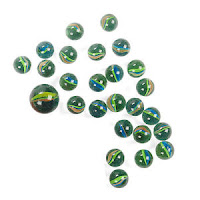 We rode our horses everywhere, and when not horseback, we played with marbles, jacks, tops, and hula hoops.  Could you ever get going with the paddle that had the string and ball attached?  My dad was pretty good but I never did get the hang of it.  The lucky kids had Lincoln Logs (made of actual wood) and Tinkertoys.

I have to say, I feel sorry that our four boys have no interest in any of the above—they do love their video games.