Cattle baron Charles Goodnight stared at the old Studebaker army-surplus wagon he hauled to his ranch and tinkered with an idea he believed would improve the long and physically demanding days of long cattle drives. 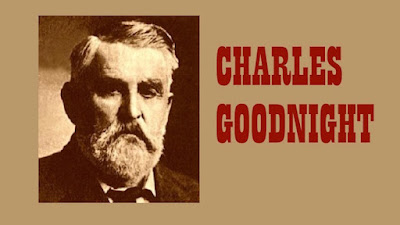 Cattlemen like Goodnight moved large herds across overland trails to meet the northern demands for beef. The cattle drives required lots of cowhands who faced living on the open range for months at a time—men who had big appetites. Typically, drovers kept food and supplies in their saddlebags. But Goodnight figured out a more practical and streamlined approach.

Although mobile kitchens were already in widespread use, Goodnight decided he could improve the concept by developing what became known as the Chuck Wagon, which brought about a viable solution to feeding and caring for the men who spent long days and nights on the hot, dry, dusty range. 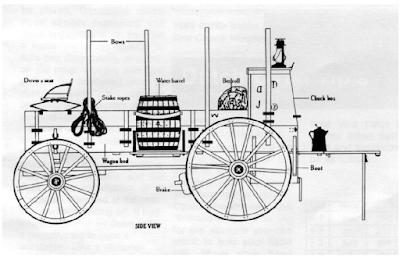 He created a prototype by bolting a wooden box to the back of the surplus military wagon he bought.

Along with food, the Chuck Wagon also carried water, utensils, bedrolls, rope and other equipment.

Chuck was a term that originated among meat merchants in 17th century England.

In addition to sharing meals, the chuck wagon became a central gathering place for cowboys to socialize, get medical help, or have clothes and equipment repaired. 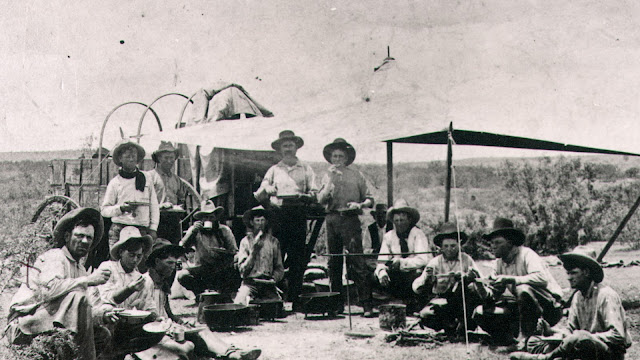 Next to the trail boss, the highest paid member of a cattle drive was the cook, who made about $45 a month. Cookie, a familiar nickname, logged long days, rising well before sun-up to hand grind beans for coffee. He also worked late into the night making enough sourdough biscuits so they'd last throughout the day.

But Cookie had other duties. He made repairs to the equipment, tended to ill drovers and often functioned as a banker, barber, and even as a dentist. The chuck wagon revolutionized the cattle industry. Drovers complied with unwritten rules regarding behavior around the chuck wagon.

Goodnight ranked as one of the most successful cattlemen on the American frontier, combining his skill at ranching with an ability as a trailblazer to brand his name onto the pages of history.

Born in Macoupin County, Illinois, his mother and stepfather moved the family to Milam County Texas. As a teenager, Goodnight hauled freight. When he turned twenty, he got into the cattle business and moved to northwest Texas.

About a year later, he joined a the Minute Men of Texas, a group formed to protect the range from Indian raids. At the outbreak of the Civil War, the Minute Men became part of the Texas Rangers where Goodnight fought for the Confederacy and achieved a reputation as a guide and scout.

When the war ended, Goodnight succeeding in gathering a herd of cattle on his ranch in Palo Pinto County, Texas, and prepared to drive them to market. At this point, Texas ranchers drove their herds north to the railhead cattle towns in Kansas so they could be shipped East.

Goodnight, however, was convinced he'd benefit from better profits by getting the cattle to the growing beef markets in New Mexico and Colorado. It was during this time that he met Oliver Loving, a well-known frontier cattleman. 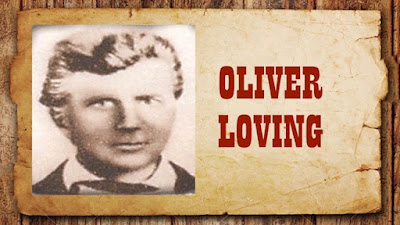 The two men formed a partnership and, in 1866, established a 500-mile route that stretched north from Fort Belknap, Texas, to Fort Sumner, New Mexico. The Goodnight-Loving Trail—which would later extend north into Colorado, and into Wyoming—became one of the most heavily used cattle routes in the Southwest.

But there were risks involved since the trail passed through lands where small bands of hostile Indians roamed. At the end of the trip to Fort Sumner, in 1867, Loving died from the wounds he had received in a battle with Indians. Goodnight, because of the respect he had for Loving, continued to share the trail earnings with his old partner's family.

During the next ten years, Goodnight and another partner built the JA Ranch, the first ranch in the Panhandle. He and partner John Adair bred new strains of cattle. Goodnight was among the first Texas ranchers to use barbed wire. The JA Ranch consisted of over a million acres, accommodating 100,000 head of livestock.

Goodnight eventually married. He and his wife, Mary Ann Dyer, developed land he owned in Colorado.

His entrepreneurial ways continued as he and others established the Stock Growers Bank in Pueblo. Between 1868 and 1871 he organized Colorado stock-raisers into an association, and in 1880, served as the catalyst for the Panhandle Stock Association.

Goodnight also provided beef to the Kiowa and Comanche and acted as a mediator between them and the U.S. Army. Always an advocate of education, he founded the Goodnight College in Armstrong County, Texas.

The 93-year old Goodnight, who died in December 1929, was often referred to the Father of the Texas Panhandle.