After The Cattle Drives

Cattle drives are iconic to the old west, and a staple of both Western literature and film. Books such as We Pointed Them North, by E. C. (Teddy Blue) Abbott, as told to Helena Huntington Smith, 1939; and The Trail Drivers of Texas, compiled and edited by J. Marvin Hunter, 1925, are a wealth of first-hand accounts of life on the cattle drives. Some of our best Western entertainment also centered around cowboys pushing cattle north along the cattle trails; movies such as Lonesome Dove, Red River, and The Cowboys come to mind. 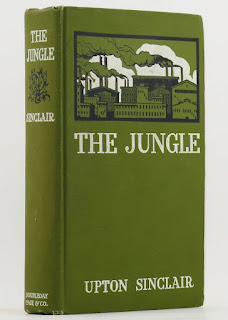 The Jungle is a fictitious account of a Lithuanian immigrant who went to work in Chicago’s meatpacking industry. It first appeared in serialized form in the Socialist magazine Appeal to Reason in 1905 and was afterward collected into a book and published in 1906. It was an immediate and an international best-seller, eventually being published in dozens of languages and selling millions of copies. Probably not since Harriet Beecher Stowe wrote Uncle Tom’s Cabin has a work of fiction had such a profound impact on a nation.  Upton Sinclair’s work brought about legislation that vastly improved food safety and consumer confidence in America’s food supply and the food industry which feeds not only our own people but millions of people around the world.

At the turn of the twentieth century, the meatpacking industry in the United States was controlled by four major companies known as the “Big Four:” Amour, Swift, Morris, and National Packing. Chicago was one of the largest meatpacking centers in the country, with feedlots, stockyards, slaughterhouses, and packing plants all clustered together in an area known as Packingtown, on the south side of the city on former swampland.

In 1904, the union representing the meatpackers in Chicago went on strike to protest the working conditions and poor pay being received by the mostly immigrant workers who worked in Packingtown. The Big Four broke the strike by bringing in strike-breakers who kept the plants in operation.

Upton Sinclair, who was working as a writer for Appeal to Reason was sent to Chicago to do a story on the strike and its impact on the workers. He spent seven weeks investigating the meatpacking plants and interviewing workers. He witnessed first-hand the grossly unsanitary and unsafe conditions that the workers had to endure. He reported on the horrendous suffering of the workers, who were paid only pennies per hour and worked ten-hour days. He also wrote about the sick and diseased animals that were slaughtered and turned into food; and about the unsanitary practices that took place. In one section of The Jungle, he writes:

“The meat would be shoveled into carts, and the man who did the shoveling would not trouble to lift out a rat even when he saw one—there were things that went into the sausage in comparison with which a poisoned rat was a tidbit. There was no place for the men to wash their hands before they ate their dinner, and so they made a practice of washing them in the water that was to be ladled into the sausage. There were the butt-ends of smoked meat, and the scraps of corned beef, and all the odds and ends of the waste of the plants, that would be dumped into old barrels in the cellar and left there. Under the system of rigid economy which the packers enforced, there were some jobs that it only paid to do once in a long time, and among these was the cleaning out of the waste barrels. Every spring they did it, and in the barrels would be dirt and rust and old nails and stale water—and cartload after cartload of it would be taken up and dumped into the hoppers with fresh meat, and sent out to the public’s breakfast.”

Another section of the book tells about how cattle in the stockyards were being fed “whiskey-malt” which was a waste-product of the breweries. This caused the cattle to become covered in boils and abscesses which would burst open when a worker cut into them with his knife, spreading foul-smelling puss all over the workers and the carcasses. There were no facilities provided for the workers to wash up, so people and carcasses alike would become contaminated.

Within a month of the book’s publication, the White House was receiving one hundred letters a day, demanding that the government do something to clean up the meat industry. After inviting Sinclair to the White House to discuss his book, President Roosevelt appointed a special commission to investigate Chicago’s slaughterhouses.

In May of 1906, the commission issued its report which confirmed the horrible conditions that Sinclair had written about, and criticized the existing meat inspection laws that only required inspection of animals up to the time of slaughter. Many of these inspectors took bribes to look the other way, and if the inspector was honest, the meatpackers would wait until after hours, when the inspectors were not present, to slaughter the sick and dead cattle. In a letter to Congress, President Roosevelt urged that a law was needed that would, “…enable the inspectors of the [Federal] Government to inspect and supervise from the hoof to the can the preparation of the meat food product.”

Congress went to work, and the following month, Roosevelt signed into law two pieces of legislation that would guide food inspection to this present day: the Meat Inspection Act and the Pure Food and Drug Act. 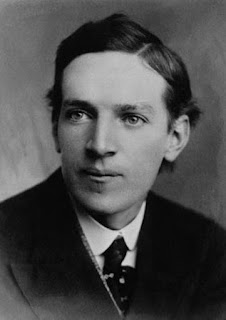 The irony connected with The Jungle, and the thing that vexed Upton Sinclair at first, was that he had written it to bring to light the horrible condition of the workers at the meatpacking plants. His goal was to effect social change that would lead to higher pay, shorter hours, and a safer working environment. But what outraged the nation so much were the unsanitary conditions and the mislabeling of food, and not the plight of the workers. Sinclair quipped in frustration, “I aimed at the public’s heart, and by accident, I hit it in the stomach.”

Upton Sinclair died in 1968 at the age of 90, one year after attending a White House ceremony to witness President Lyndon Johnson sign into law the Wholesome Meat Act, which amended the Meat Inspection Act of 1906. The new legislation required states to have inspection programs “equal to” that of the federal government. He authored close to one hundred books and won the Pulitzer Prize for Fiction in 1943 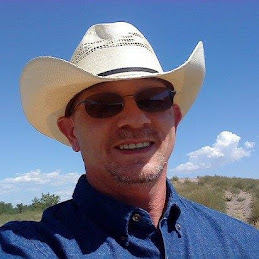