On This Day in the Old West: July 9

I’ve been sticking pretty closely to the theme of the Old West thus far, but it seems fitting that I include a bit of my home state’s history today. On July 9, 1868, Francis Lewis Cardozo became the first Black cabinet member elected in South Carolina. 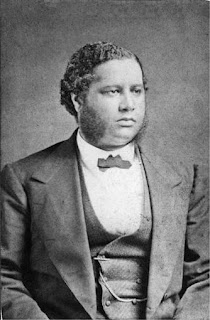 Clergyman, educator, and politician Cardozo was born in Charleston on January 1, 1836. His father, Isaac, was a Jewish weigher in the city’s customhouse. His mother was a free Black woman, Lydia Weston. Young Francis attended schools for free black children, then worked as a carpenter and shipbuilder before he enrolled in the University of Glasgow in 1858. After graduation, he studied at seminars in Edinburgh and London, becoming an ordained Presbyterian minister. He returned to the United States in 1864, taking a position as pastor to the Temple Street Congregational Church in New Haven, Connecticut. That same year, Francis married Catherine Rowena Howell. The couple had six children together.

In 1865, Cardozo returned to Charleston as an agent of the American Missionary Association (AMA) and replaced his brother, Thomas, as superintendent of the AMA school founded for Black children. Francis directed the transformation of that school into the Avery Normal Institute, which became an important training ground for Black leaders in South Carolina.

Shortly after returning to his home state, Cardozo became involved in Reconstruction politics. He was a delegate to the 1868 constitutional convention and there served as chair of the education committee, advocating a statewide system of integrated public education. That same year, he was elected secretary of state, becoming the first Black in the United States to hold an elected statewide office. While in office, Cardozo oversaw and reformed the controversial South Carolina Land Commission, which distributed land to thousands of former slaves. 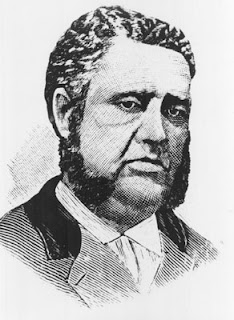 In 1872, Cardozo was elected state treasurer, and drew praise from both Democratic and Republican newspapers for his honesty and scrupulous management of public funds. In 1874, a handful of legislators tried to have him impeached when he refused to cooperate in their corruption schemes. Cardozo successfully reputed the charges and was reelected in 1874 and 1876. His political career came to an end when the Democrats regained power in 1877. On April 14, Governor Wade Hampton III sent Cardozo a letter demanding he vacate his office. Cardozo eventually did so, and soon afterwards, was indicted for corruption as part of a systemic attempt by the Democrats to destroy the Republican Party’s reputation—especially it’s Black leaders.

Cardozo was the highest-ranking target of Democratic prosecution and, with his reputation for honesty, demanded a trial. In November, 1877, he was tried for conspiracy to issue a fraudulent pay certificate. Despite the questionable evidence against him (and Cardozo’s own able defense), a jury of six Blacks and six Whites convicted him by an improper majority vote. Cardozo spent more than six months in jail before being pardoned in April 1879 by Governor William Simpson after federal election fraud charges against some White Democrats were dismissed.

In 1878, Cardozo accepted a position in Washington, DC with the US Treasury Department. He relocated to that city permanently after his official pardon, leaving the Treasury in 1884 to teach in Washington’s public schools. As principal of the Colored Preparatory High School (later renamed the M Street High School) from 1884 to 1896, Cardozo introduced a business curriculum and made the school the premier Black preparatory school in the country. 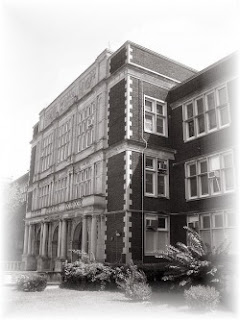 Cardozo died in Washington on July 22, 1903, leaving behind a legacy of honesty. Your characters would likely have heard of this man, either respecting him as a man of integrity or despising him as one more “uppity Black.” Remember that at that time, the Democrat and Republican policies were the reverse of today, with Democrats holding the moral positions that today’s Republican Party espouses. It would be interesting to see Francis L. Cardozo make an appearance in someone’s novel.