In May of 1866 the Rev. Charles Morris Blake, his wife and two children moved from Pennsylvania to Fort Whipple, in Prescott, Arizona Territory. Rev. Blake had a spotty record as an Army chaplain in the Civil War, but he stayed in the service and was assigned to minister to the troops at Whipple and serve as the chaplain for the territorial legislature. He also had civilians among his flock. 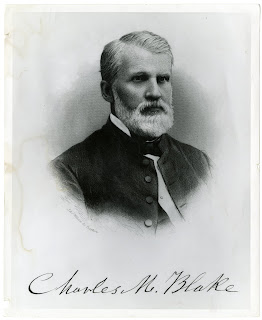 He had very high standards for his military charges, which they rarely met. He was especially irritated that few of them attended his services. But by the end of the year, he saw an improvement in the pews, and the Arizona Miner newspaper printed glowing reviews of his services.

In October of 1867 Blake was transferred to Camp McDowell, about twenty-five miles from present-day Phoenix. He was immediately impressed with the personnel and the small library, although he was afraid of the Indians which “prowl the post nightly.”

Blake felt safe enough to wander around the area near his new posting, though. In November he went on a visit to Wickenburg, probably after spending some time with old friends in Prescott.

A man with the initials F.H., who was in Wickenburg that day, wrote a letter to the Arizona Miner about Rev. Blake’s attempt to give an impromptu service in front of a dry goods store while visiting the still-new mining town. It was printed in the November 16, 1867 edition.

Blake wasn’t able to gather a very big crowd, and some of the people who did attend had a little trouble standing upright.

He must have thought us a forlorn lot of sinners, as several men, from the effects of the “ague preventative” could not stand up to listen to the sermon and had to lie down to it, but it seems he had some hopes for us, as he promised to send us a lot of Bibles, etc., and said he hoped, soon, to see missionaries among us, to teach us the word of the Lord, but while trying to gather a few strays on the outside of his own flock (his escort) which was under his special care, were running wild at two-forty speed and still crowding on more steam.

His escort was a collection of soldiers from Camp McDowell, who were in about the same condition as Wickenburg’s residents.

It seems to be an understood thing for all soldier boys, with few exceptions, both great and small, to get in a weaving way every time they come to this place, but the Chaplain’s escort beat all previous parties. Some of them were about town drunk for hours after he left, swearing and blackguarding worse than a lot of Pittsburgh coal boatmen.

Then it got worse.

At J.B. McWhorter’s ranch six miles below town they stole everything in the shape of tools, cooking utensils, etc. Mack was sick and away from home at the time. They afterwards offered some of the stolen articles for sale at Salt River station. Such things do very well for a little joke, but old Mack says he can’t see it in that light.

Luckily for Blake, no one blamed him for his escort’s bad behavior.

If there are many of that sort about Fort McDowell, I pity the friendly Indians and the Chaplain.

Rev. Blake left the Army in 1869, not entirely voluntarily (that’s a story for another day). He moved to San Francisco to be near his children, and rejoined the service in 1878. He then went back to Arizona Territory, preaching at Camp Grant until his assignment ended in 1881. He returned to San Francisco and died on June 3, 1893.

Lynn Downey is an award-winning western historian, and published her first novel in 2020, titled Dudes Rush In. The book was just named a finalist in the Western Fiction category for the 2021 Will Rogers Medallion Award. Her next non-fiction book is a cultural history of dude ranching called American Dude Ranch: A Touch of the Cowboy and the Thrill of the West, which will be published by University of Oklahoma Press in 2022. 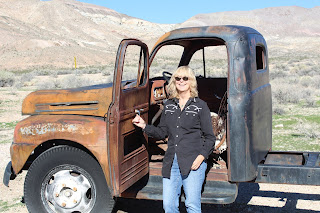