The Keepers of Camelot by Cheryl Pierson 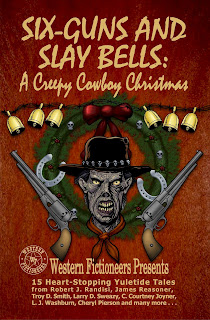 Today was to be Charlie's Short Story Sunday day but he was unable to make it, so I'm pinch hitting for him and putting up this post about a book filled with some wonderful short stories by many of the Western Fictioneers. On top of everything else, Blogger is not letting me put up pictures.


Who likes the stories of King Arthur and his knights? I do! I have been fascinated with the entire legend of Camelot since I was a child. The Sword In the Stone, the Disney cartoon movie, was a favorite when I was young.

As I got older, I couldn’t get enough of the movie musical, Camelot, with Vanessa Redgrave, Franco Nero, and Richard Harris in the starring roles. I valiantly tried to struggle through T. H. White’s “The Once and Future King” but finally had to admit, it was too heavy for a twelve-year-old. As an adult, I enjoyed it, along with Mary Stewart’s series of the Arthurian legend as told from Merlin’s POV—a “must read” set if you’re a Camelot fan.

So, the story I wrote for the “Six Guns and Slay Bells: A Creepy Cowboy Christmas” anthology is one that is dear to my heart in many ways. Even the title, “The Keepers of Camelot”, was not something I had to think about for long.

Legend says that Arthur will rise once more when the world needs him the most. But in my story, something goes awry, and Arthur has returned in many times, many places, throughout the centuries since his final battle.

The story opens with Arthur on a stagecoach in the American west—Indian Territory—of the 1880’s. But in this life, he comes across two people he’d never thought to see again—Lancelot and Guinevere. Why are they here—and how will it all end…this time?
The stage is attacked by Apaches minutes before the driver gets the passengers to the safety of the next stage station. Though they’re safe for the time being, a nerve-wracking Christmas Eve is in store as the Apaches wait for them outside.

Arthur has a plan. He’s seen the fearless leader of the Apache—the man they call “Sky Eyes”, a man he knew as Lancelot du Lac a hundred lifetimes ago.

Will Lance’s prowess as a warrior combine with his legendary arrogance to seal the fate of the people inside the station—including Guinevere, the woman he gave up everything for in the past?

One young boy in the group unknowingly holds the key to Lance’s decision. But will the glorious legend of Camelot be remembered?

There are some excellent stories in this book by many great western writers, including Troy Smith, Courtney Joyner, Robert Randisi, L.J. Washburn, James Reasoner, and many more. They’re all paranormal in some way, and they all take place in a western setting.

This makes a great gift for others—or for yourself! http://www.amazon.com/Six-guns-Slay-Bells-Creepy-Christmas/dp/1478189169/ref=sr_1_1?s=books&ie=UTF8&qid=1351380533&sr=1-1&keywords=six+guns+and+slay+bells
All my other short stories, anthologies, novels and novellas can be found here: https://www.amazon.com/author/cherylpierson

Posted by Cheryl Pierson at 9:37 AM