RESEARCHING THE WEST by MEG MIMS

I love research. Always have, always will... and I soak up lush, wonderful details in the westerns I've read. Most of them since DOUBLE CROSSING, my western mystery set in 1869, was published -- but I cut my teeth on television and movie westerns since early childhood.
Did I rely on all that when I started writing my book? Heck, no! I knew costumes, sets and such generated in Hollywood were far from accurate. I spent months delving into fashion changes from hoops to bustles, what a Bowie knife looked like, Colt revolvers, train schedules and routes, what a UP Pullman Palace car looked like versus the CP Silver Palace car, Texan cowboys, etc. etc. 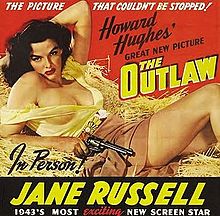 I knew better than to rely on western TV and movies, where the soiled doves wore glittering gowns worthy of a Ziegfeld Follies girl. Other big problems are the cliches stemming from dime novels of the 1800s, still popping up in current western novels. Lawmen tracking murderers who kill without reason. Helpless women who sat around waiting for their man to rescue them.
Pioneer women that I've researched knew how to handle weapons and protect themselves, how to survive snakebites and nurse sicknesses or wounds, and many adapted after being kidnapped by Indians. I rather doubt they lounged around in the stable (after pitching some clean hay) with their bosom exposed like Jane Russell.
Okay, maybe that is an extreme example. But take for example the Stetson hat.

Some writers have their heroes wearing these famous hats as far back as the 1850's. Check out this link for a fascinating history on how John B. Stetson got started making the trademark hats in 1865. Yep. AFTER the Civil War. Or weapons -- here's a link to a great website on military sabres, rifles, revolvers, etc. manufactured during the 1800s. And here's another link, similar to it. With dates of when those weapons were in use.
Trains are another big pitfall for writers. I've read some books where characters found their way west on the railroad before the Civil War or immediately after it ended. The first railroad crossed the vast expanse of the American west in May of 1869, when the Union and Central Pacific lines joined together at Promontory, Utah. For the first time, travelers could ride from New York to Chicago to Omaha and then to Sacramento -- not San Francisco. That took another few years. Other rail lines to Kansas and Arizona and Montana were completed by the mid 1870s or late 1880s.

I've read and seen a wide range of stories with either the total absence of native Americans or a bloodthirsty savageness of tribes (and not always the right ones in the right spots!) set on revenge.

Savagery happened on both sides. The main point is to avoid "stereotypes" --  characters need reasons for the choices they make in our stories. Readers might forgive a modern word or phrase in dialogue, but when such things add up, they're "thrown out" of the story and may give up reading the rest of the book.
I love a good, juicy western where I can walk the dusty streets or ride the prairie on horseback, smell the goods on display in a general store, taste the grit in the air or touch the sweat-soaked shirt of the hero. Go beyond the visual. Make sure your characters have a goal and a motive in mind. And for your reader's sake, do the research.
They'll thank you with great reviews and word-of-mouth sales in your future career.

Meg Mims is an award-winning author and artist. She writes blended genres – historical, western, adventure, romance, suspense and mystery. Her first book, Double Crossing, won the 2012 Spur Award for Best First Novel from Western Writers of America and was named a Finalist in the Best Books of 2012 from USA Book News for Fiction: Western.

She is currently working on the sequel, Double or Nothing, which will be released this year. Interested in a sneak peek? Check out Meg's blog for The Next  Big Thing!
Posted by Meg at 3:00 AM