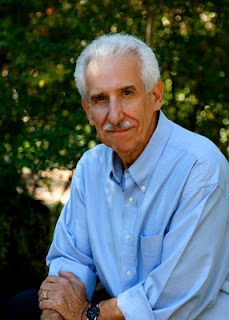 Storytelling is part of our social fabric, a natural extension of the communication process. Most people love to tell stories. It's a way of connecting with each. I've written stories for most of my life. But they've been the non-fiction variety—news, sports, articles, and marketing materials. Once, however, I wrote an article that I thought might serve as the core for a novel.

Since I did have a wealth of other kinds of writing experience, I figured maybe it wouldn't be all that difficult. I think anyone who writes dreams of producing the so-called Great American Novel. The temptation hangs out there like a big curveball waiting for you to take a swing. But, it's the part before the swing that counts:

My novel, Last Stand At Bitter Creek, was the first attempt at fiction. I learned a lot of lessons along the way. The creative process differs for everyone, and sometimes in amusing ways. For example, my idea for the novel came about based on a single paragraph I had written about the main character. Yep –one paragraph. 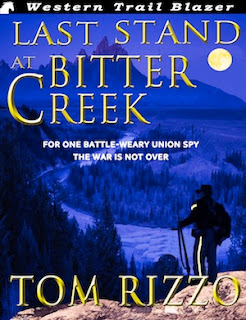 And I really fell in love with this paragraph – about six-lines long – and had planned to use it as the opening to the story. Try as I might, I was never able to shoehorn those six lines into the lead of the novel, no matter how hard I tried. It just didn’t work. One of those lessons I learned was that word's can't be forced. They have to flow in a natural progression so they reveal, and illuminate, the internal struggles, and external influences, of the characters we're writing about.

There are other components at play, too, depending on the complexity of the story. A novelist, in my opinion, has to be one-part jigsaw puzzle solver, and one-part orchestra leader.

Someone once asked why I didn't start by writing short stories, rather than tackle a novel. The question always brings to mind a story about when I decided to run my first marathon, many years ago. Among the world-class runners participating was Bill Rogers, who had won the Boston and New York City marathons four times each. I had arranged to interview him at the airport. On our walk too baggage claim, he asked me if I was running in Sunday's marathon.

Writing a novel is a little like a marathon. But you gotta finish.


I'm giving away a digital copy of LAST STAND AT BITTER CREEK to one commenter today. Yep, all you have to do to be entered to win is leave a comment, and your contact information. If you just can't wait to see if you won, then go here to grab your copy:
http://www.amazon.com/Last-Stand-at-Bitter-Creek/dp/1475284446/ref=sr_1_1?s=books&ie=UTF8&qid=1358208218&sr=1-1&keywords=Last+Stand+at+Bitter#_


Thanks for joining me today!
Posted by Cheryl Pierson at 1:00 AM