THE DOCTOR'S BAG by Keith Souter aka Clay More 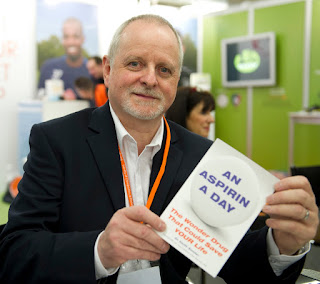 Doctors in the Old West

If you ever watched Gunsmoke you would be sure to know good old Doc G. Adams. If you had bellyache, a touch of rheumatics or a bullet that needed digging out, he was your man. He seemed the sort of guy that you could trust your life with, for he was wise, well read, skilled with a scalpel and familiar with all of the latest advances in medicine.

As a character he had evolved from his CBS radio incarnation, played by Howard McNear, when he was Doc Charles Adams, to Milburn Stone’s television role as Doc Galen Adams. Of course, he was usually just known as ‘Doc.’ The radio version was apparently a lot darker, for he was a man with a past. His real name was Charles Moore, a doctor who fled from Richmond, Virginia after killing a man in a duel. Settling in Dodge City, he took on the name of Doc Adams. His radio persona was a near alcoholic, but by television days he merely had a taste for whiskey at the Long Branch Saloon.

The change of name is interesting. Milburn Stone was given free rein, and so for ten years the name above his office read Dr G. Adams. It was a good choice, since Galen was an ancient Greek physician whose teachings on medicine dominated medical thought right up until the early nineteenth century. The essence of it was the archaic Doctrine of Humors, the belief that there were four fundamental humors or vital fluids that determined the state of health or illness of a person. These were blood, phlegm, black and yellow bile. Diagnosis of the imbalance led the doctor to the right treatment, which could be to blister, bleed, purge or give an enema. 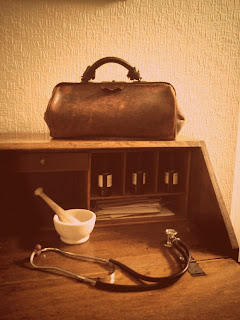 Although things had advanced a little by the time of the Civil War, they had not advanced very far. By then the dominant view was that inflammation caused most diseases. The four characteristic signs of inflammation – heat, pain, swelling and redness – had been known about since antiquity, when they were described by the Roma doctor, Aulus Cornelius Celsus in the first century. Yet the cause of inflammation was not known. Doctors were taught that there two types – direct and indirect inflammation. Direct inflammation was caused by a breach in the body’s integrity - from a blow, a wound, a burn or the presence of a foreign body, such as a splinter, an arrow or a bullet. Surgery was indicated for direct inflammation.

Indirect inflammation was caused by malfunction of an internal organ.This was treated medically, by bleeding, scarifying, purging with calomel, or using a diaphoretic to induce a perspiration or sweating reaction. Tartrate of Antimony, or ‘Dover’s Powders,’ containing opium and Ipecachuana, were favoured diaphoretics.

The actual causes of inflammation were not known until Dr Ignaz Semmelweiss published a treatise in Budapest in 1861, entitled‘The Cause, Concept and Prophylaxis of Puerperal Fever.’ He suggested that women who died from puerperal fever (childbearing fever) had been contaminated by doctors who had not washed their hands between attending morning autopsies and going to the labour wards. Unfortunately, it would not for another twenty years until Louis Pasteur was able to prove the Germ Theory. That would be too late for the many thousands of men who would die from contamination and gangrenous wounds in the Civil War and beyond.

In this monthly blog I am going to talk about the state of medicine and surgery in the nineteenth century, and about what the western town doctor had available for his patients. I will be delving into the medical bag to look at the instruments, pills, potions and mysteries of the doctor’s bag.
But first a biographette.

I was born in St Andrews, Scotland, the home of golf and graduated in medicine from the University of Dundee in 1976. I started training in psychiatry, but for several reasons changed tack to become a General Practitioner. I have practiced as a town doctor in Wakefield in the county of Yorkshire, England since 1979. For a while I was a tutor in General Practice at Leeds University and I am also a medical journalist, having writing a weekly newspaper column for thirty years.

My interest in medical history was kindled when I joined my medical practice. I was going through the junk cupboard, a repository for all the old medical instruments that had fallen redundant over the years. There were surgical kits, post-mortem (autopsy) sets, jars with ‘sutures as used by Professor Lister,’ and even a couple of very early scarificators for the letting of blood. Our surgery, you see, had been founded in 1847, so we had a long history and I felt it needed to be on display. So I researched the history of the surgery and set up a large museum case full of old instruments, to delight the patients and make them glad that they did not live back in the nineteenth century. The picture is of the author holding a set of early nineteenth century dental instruments, back in 1983. 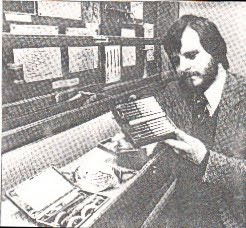 The picture earlier in the blog of the doctor’s bag and the medical paraphernalia on the desk are actually mine and have seen good service over the years.

The doctors of the old west

We will be looking at one or two medical personalities in later blogs, including the great Dr George Goodfellow, physician and surgeon of Tucson, who treated the victims of the OK Coral shooting in Tombstone and who interviewed Geronimo.

For now I just wanted to say something about who practiced medicine back then. Doc Adams is, of course, part of the mythic west, yet there were many doctors, both qualified and unqualified who provided care for the people of those hard and dangerous times.

Since colonial days doctors could be trained by apprenticeship. That would last anything from two to five years. Or if one had enough money, one could study at a medical school and get a proper qualification. Up to the Civil War the average length of a medical course was a mere two years of nine months each. The truth is that there wasn’t much to learn then. And if one wished to bypass the bother of actually going to a medical institution, one could always buy a diploma for five dollars from one of the diploma mills.

Anatomical dissection was illegal in many states and medical instruments were in their infancy. The stethoscope as invented by Rene Laennec, a Parisian physician in 1816, was a monaural device. That is, it was a simple stiff tube with an earpiece at one end and a collecting horn at the other. It was essentially the same as the ear trumpet used by the hard of hearing. The binaural, flexible tubed stethoscope as perfected and designed by Dr George Cammann in 1852 did not become commonly used until after the Civil War. Few Civil War doctors would have a use for one. Indeed, the esteemed Harvard medical school did not even possess one until 1868!

Many doctors allied themselves with one or other of the medical philosophies of the day. There were allopathic doctors, who gave drugs that suppressed symptoms by creating opposite effects to the symptoms that were complained of. Thus they would give a constipating drug to someone with diarrhoea. Homoeopathic doctors would follow the teachings of Dr Samuel Hahnemann and use infinitesimal doses ofsubstances that created the same symptoms as the patient suffered from, using the principle of similia similibus curentur, or ‘like cures like.’ Thomsonians would use herbal preparations and only drugs made from plants. Eclectics would use a bit of this and a bit of that; essentially using whatever they found that worked. And finally, you would get hydropaths, who would advocate using water treatments, after the teachings of Vincenz Priessnitz, a Silesian farmer. 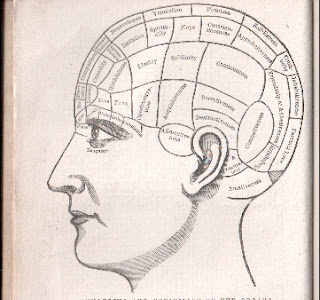 And digging for bullets

So back we come to Doc Adams and surgery. This is something that may be very relevant in western fiction. We’ll be looking at how to dig out bullets, as well as looking at amputations, midwifery and obstetrics and some of the glorious offshoots of medicine – like phrenology - back in the old days of the west.