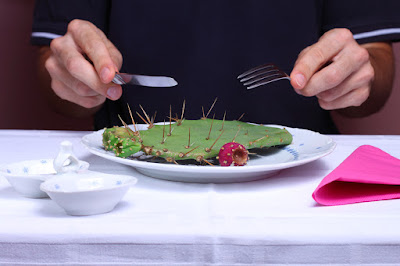 It’s harvest time again and many of us are shuffling things around in the pantry to make room for a batch of newly filled Mason jars. Because I traveled heavily this summer, I’ve only made bread and butter pickles so far. Of course, most who preserve vegetables by canning don't stop there. They peel, blanch, and strain tomatoes, corn, okra, beans and beets. Then there are the fruit preserves and jellies! One of the nicest neighbor gifts I receive every year is a tall jar of pear chutney. Perfect alongside pork tenderloin.

Is there anything prettier than a rainbow row of canned fruits and veggies? It’s one of my favorite exhibits at county fairs.

But what if you live in a climate that is not conducive to growing lush vegetable gardens? What if the only green(ish) thing around is covered with spines and thorns and appears more vicious than delicious? How can one can one? 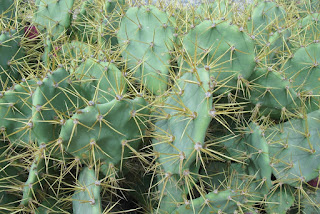 First, get yourself some heavy gloves and a super-seriously-sharp knife. (You might want to consult Marc Cameron regarding the latter.) I would probably keep needle-nose pliers in the back pocket too. Some of those splines are next to invisible but, boy, can you feel them.

I’m thrilled to share with you the news that RIGHT NOW is prime harvest season for luscious prickly pear fruit and….AND…yummy in the tummy mesquite pods! Are you excited now? I thought so!

On a trail ride near the Cochise Stronghold in Arizona last July, my guide informed me that, during tough times, local tribes historically relied on the mesquite bush for survival. The beans could be eaten alone or flour could be made by grinding both the pods and beans.

I would add that mesquite branches are considered to be tasty trail snacks, according to my horse Cisco. He snatched a mouthful of mesquite every chance he got. I never knew horses would eat something so thorny!

Let’s talk about cactus. I know…a prickly subject. The bulbous fruit of the prickly pear (called tuna) can be sliced and eaten raw or turned into jellies. I understand the petals of the flowers can be used in salads. The inside flesh of the cactus pad is also edible. I’ve had cactus pad jelly and it isn’t half bad. Another preparation calls for cooking the de-spined pads and serving them as a dish called nopales.  CLICK HERE for a link to a few recipes if you'd like to test some in your own kitchen.

We’ve all heard of the notion of surviving in the desert by eating cactus. Not surprisingly, great care should be exercised if you find yourself in this scenario. According to survival expert Peter Bigfoot, you must be aware of spine colors, time of year and, most important, which species are especially suspicious. (Sorry, I have frequent alliterative attacks.)

Peter has some great tips for feasting on raw hedgehog cactus here.

So there you go. Running short on dinner ideas? Surprise your family with some Mesquite Bean Chili. Mesquite Pod Pancakes. Or Prickly Pear Pad Thai.

Might pair well with a certain distilled beverage made from blue agave plants... 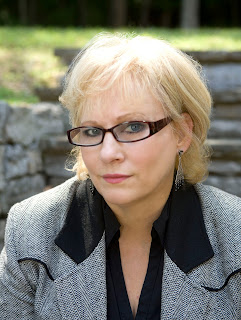