TELL AND SHOW by JERRY GUIN 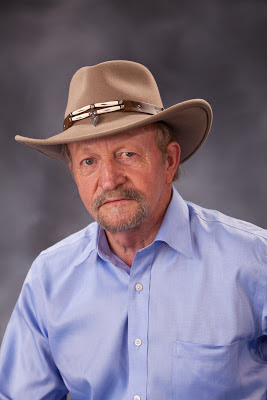 Don’t get caught short on words.
It didn’t take me long to figure out that a story shouldn’t be all dialogue without a sense of where it is taking place. To me, the location should be as descriptive as possible in order to have the reader get a picture in his/her mind of what it would feel like to be right there alongside whomever I am talking about.


Let's suppose a scene whereby a fictitious Marshal named Jed Crane, is on the hunt for a well-known criminal named Wickes.


The Tell
Crane rode his horse down the only street of East Ridge. He guided his horse to a hitch pole in front of The Saucy Lady Saloon. He slid from the saddle, spun his reins, then stepped into the saloon.

Okay, now what picture have I just laid out for the reader? Not much.

The Show
So now let's show what came to Jed Crane’s eyes and what he did. (Remember, you are right there too.)

Jed Crane halted his horse on the edge of town, his eyes were active, searching for any movement by man or beast. There didn't appear to be anyone walking about. He didn't blame them, it was over 90 degrees out and seemed a lot hotter. He could see three horses, two sorrels and a bay, tied to a hitch pole in front of a shabby saloon. Two of the horses stood with heads down, dozing. The other one stood hip shot. All three lazed in their misery while awaiting their master's return. He tapped a heel to side of his sorrel to move forward on the dusty street of East Ridge. Both Jed and his horse were hot, sweaty, and tired from their all-day ride through the dry flat lands that stretched out twenty miles west of the one-street town.

Crane figured Wickes had not arrived yet, but he slipped the keeper thong off the hammer of his .45 single action Colt, just in case. He guided his horse to stand beside the other three. Crane slipped out of his saddle then spun the reins around the hitch pole, which leaned awkwardly to the left. He stood there for a moment taking in the Saucy Lady Saloon sign that hung above the doorway. The painted letters on the sign were faded and peeling but still readable. Over to his right, a big, yellow, shaggy dog lay stretched out in the scant shade of a bench that fronted the saloon. The dog eyed the man but did not bother to move. After Crane had stepped up two steps to the boardwalk, the dog closed his eyes. The saloon’s left swinging door stood open at an odd angle, the top rusty hinge having come loose. Crane, with one hand near the butt of his holstered .45, used his other hand he pushed the remaining door open, then stepped into the semi-darkened interior of the saloon.

Okay, a lot has been shown. Crane is hot and tired after a long ride. There are three horses, two sorrels and one bay, tied to a leaning hitch pole in front of a saloon. The street is dusty. The saloon’s sign has peeling paint. Did you see that lazy yellow dog? One of the saloon’s swinging doors is in disrepair. The inside of the saloon is in semi-darkness.

What do you think? Do you favor the tell or the show?

The show, at least, put a picture in my mind as to what the place looks like. Now is a good time for a convenient dialogue to begin between Crane and the bartender. 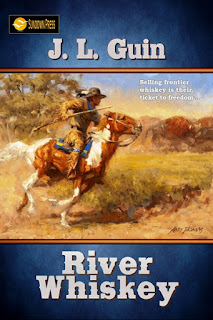 I am still learning and hope, in the future, to do a better job of sentence structure and punctuation. For now though, hang the word count, I do not want to be accused of being stingy with words when giving descriptions of a location. 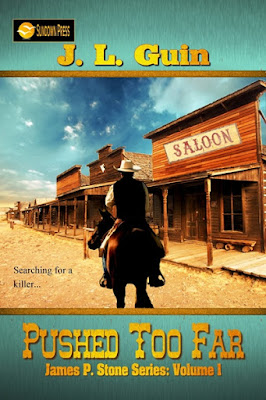