NEW RELEASE—AND HOW I CAME TO WRITE A SERIES by J.L. Guin 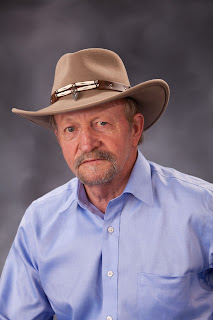 My new novel, Lawman's Gun was released by Sundown Press on May l. Lawman's Gun is Volume 2 of the James P. Stone series. Volume 1, Pushed Too Far, was released January 23. Volume 3, Bounty Poachers, will be available in August of this year. It is planned as a four-volume series. I am currently writing the final volume.

I never really had the idea of writing a series in my mind—one day, it just came about.

I always liked a good challenge. When I first began writing westerns, I had it mind to just write short stories. After doing over three dozen “shortys”, I felt that I was ready to do more, so I challenged myself to step up to the next level. I wrote a couple of novellas, then further challenged myself to write novels. I'd have to say that writing a series has been at the top of my list.

When I first began writing this tale, I didn't want to do another fast gunman story; so, I came up with an ordinary guy (James P. Stone), a freight driver, running his freight between Missouri to various points in Texas. In a night-time camp, out on the prairie, in the Indian Territory, Stone awakens in time to witness an intruder shoot his partner. He is able to hear the name 'Laird' spoken, by a second intruder, just before being knocked unconscious. The next morning, Stone awakens to find his mentor partner Eldon Greyson murdered; their wagons, mules and the entire camp has been cleaned out of anything of value. 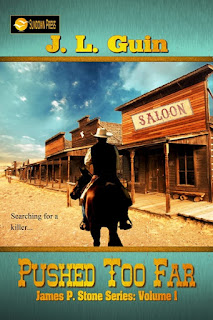 
Stone does the best he can to bury his friend, then walks fifty miles to Denison, Texas, to report the crimes. When he learns that the local authorities have no jurisdiction to chase after someone in the Indian Territory, he swears a vendetta to find Laird, the killer, and exact his own justice. Volume one is the beginning of Stone's quest for vengeance.

When I was fifty thousand words into the story, I could have had Stone somehow locate his nemesis and, in a cloud of gun smoke, end the tale. But, I didn’t want to have my hero find the man so quickly. I felt so strongly about the story that I decided to continue with a second book. I ended the first story by having Stone, while serving as a temporary deputy county sheriff, meet with Deputy U.S. Marshal Jackson Millet. The federal lawman suggests that when Stone’s tenure as a county deputy is completed, he might give consideration to becoming a fellow deputy U.S. marshal. He gives Stone an address to contact him.

In the sequel, Stone meets with Jackson Millet at his Dodge City office. Stone is sworn in as a deputy U.S. marshal, as well. Both men agree that locating Laird will be on their mind while doing their deputy duties. 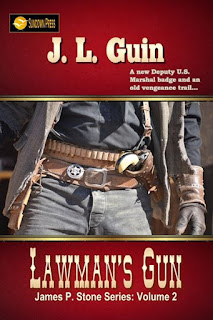 
A second book made more sense to me than stretching the original into a ninety-thousand-word tome.

By the time I was near the end of Lawman's Gun, volume two, I saw the opportunity to turn Stone's hunt for Laird into a mini-series, so volume two's ending was written as the lead-in to number three.

I contacted Cheryl and Livia at Sundown Press to see if they might have an interest. Fortunately, for me, they agreed to take a look at my presentation. Sundown Press, headed up by Cheryl Pierson and Livia Washburn Reasoner, does exceptional work. They were very helpful in everything from editing to the cover of the book. The ladies are hardworking, supportive, tolerant, understanding, and very professional in their presentations. I am very pleased to be included in the Sundown Press line up.

How about you? Do you plan a series out before you begin your story? Or, like in my case, take advantage of the opportunity to turn the tale into a series as the story progresses?