This week we interview author Vicky Rose aka Easy Jackson in our continuing series of Women Writers in Western Fictioneers. The journey to being a writer/storyteller is unique to each author. At the same time, there is so much to be learned from the sharing of their journey.

I think a better question would be “when did I start writing without being forced to?” In sixth grade, I wrote a play about Jesse and Frank James. I was enamored with the whole bad boy mystique at that time. Thankfully, I grew out of it—sort of.

In my twenties, I got serious about writing a novel. But I realized that in order to produce something of value, I needed to get more wisdom.

I began again in my forties. Not really any wiser, but more desperate. I didn’t want to spend a lifetime doing jobs I hated. This time, I realized I needed to get a better grounding in the mechanics of writing. I enrolled in college, eventually earning a degree in journalism. The classes I took in history and photography have been a tremendous help to me. Knowing how to research and do the basics of photography are important for writing and promoting.  I wish I had taken classes in marketing, too. Today's authors are expected to be masters of the language and have a flair for promotion.

I always have to ask, did you choose the genre you write in, or did it choose you?

I grew up in a small Texas town with a history of violence, cowboy gangs, rowdy saloons, vigilantism, and hangings. I loved its rich history, and there is no escaping love.

What or who was the nudge that gave you faith that you could and wanted to be published?

My sixth-grade classmates liked the James play I wrote, but not the second one I did. That taught me an important lesson. You really have to dig deep each time you sit down to write. A professor at Sam Houston State University would put encouraging notes on papers I turned in. “Excellent,” “I love your tart wit,” things like that. I kept those papers and every time I doubted my writing skills, I would drag them out and reread her comments.

Every life experience any author has influences how he or she sees the world and what he or she writes about. However, I’m a firm believer that every person is unique and views the world in entirely different ways. My older sister hated where we grew up and used those feelings to build a life as far removed from a small town as she could get. I embraced it and used it as a base to expand my horizons.

That’s why authors can take a cattle drive, a gunfight, a battle, anything in history, and come up with a different way of telling it. The possibilities are as endless as the people weaving the stories.


Where did you get the idea for your latest release and tell a bit about the story?

I’m producing a movie from an original screenplay I wrote, Lost Pines. It is an incredible challenge, and I’m still working on getting it off the ground. My latest novel is Muskrat Hill.

My golden retriever had died, and people who live alone with one pet will understand the grief I felt. I had always wanted to do summer work in a national park, so before getting another dog, I got a job in the Grand Tetons. It ended up being a disaster. We had to room with other workers, and the girl I roomed with did everything she could to make my life so miserable I would leave so she could have the room to herself. On my days off, I would go to motels in the boondocks of Wyoming to begin a completely fictionalized novel, but one that captured the essence of a small western town.

Eventually, I did leave and let her have the room, came home, and got another dog. It took a long time for me to finish Muskrat Hill and a long time to get it published, but I think it is the best thing I’ve done so far. The misery I felt in the Grand Tetons no doubt spurred me to write about a place in my heart.

I’m not sure how the concept of Lost Pines got started. It’s about a sheriff who had an affair, regrets it, and is allowing his wife to beat him up over it, although she is no angel herself. One of the characters is a spoiled rich girl who decides she is going to champion the cause of an arrested killer. It eventually comes to light that her father is having an affair out of town, and she is subconsciously hoping that by raising a stink, he’ll come home for Christmas. It suddenly hit me like a ton of bricks—once I had done something stupid that embarrassed my father (well, probably more than once) that I always regretted and wondered why I had done it. It made me realize he had probably been doing something that was drawing him away from the family, and in my childish way, I was trying to let him know that I needed him. It brought a lot of healing and enlightenment to me, and I hope it does the same for audiences who see it.


What is your favorite to write, short stories, novellas or full-length novels?

Always before, I would say novels. But I’ve produced two short stories recently for editor Richard Prosch, president of the Western Fictioneers, that I found very satisfying. Novels, screenplays, short stories, they all have a place in my repertoire.  Novellas, not so much. That’s like falling between two chairs. Not a short story, but not a novel. In any case, I haven’t attempted one yet.

Do you ‘interview’ your characters before or at any time while telling their story and what do you do it they don’t cooperate with your story idea?

My characters have a life of their own and drive the story. I’m just the person who writes it down.

I’d like to interject here how important names are to characters. If the author finds just the right names for the characters, it is much easier to let them tell their own story. It is the emotion a name triggers in the author’s brain every time that name is typed that is important.

My advice to young people considering a career in novel writing is to get a degree in law or medicine. In those two professions, you are working in the depths of human drama, and at the same time, can make money. Lawyers especially have more free time to hole up and write without really having to answer to anybody while keeping afloat financially. Policemen and firemen are the same; they just don’t make as much money or have quite as much leeway in their schedules.

If a young person wants to write nonfiction, I would suggest going to college with the intention of becoming a professor. Not only will you be encouraged to write, it is almost mandatory. The only bad thing about teaching is that it is fishbowl living with a rather de rigueur mindset, and you’ll have to reach out in different ways to break out of that if you want to add depth and understanding to your writing. 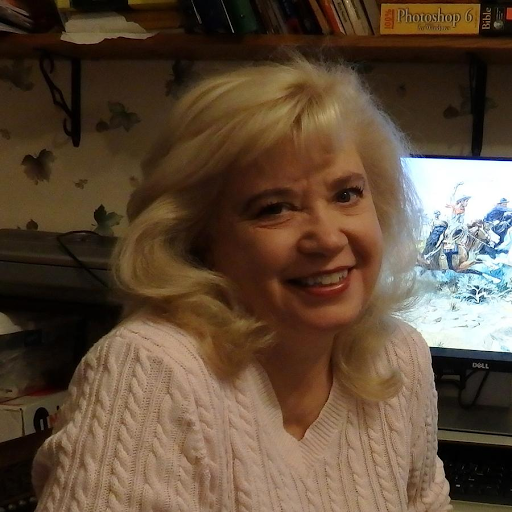 Of course, I didn’t do any of those things and just manage the best I can, juggling between earning a living, savoring life experiences, and trying to write about them.

So many people think they want to write a book because they have a story they want to tell. My advice is, “Just do it.” Persistence and patience are what separates the wannabes from the doers.

For more information check out the following links: