A History of "Ghost Riders"

Halloween = Ghosts, Goblins, and all things scary. Since I love music, comics, and history who knows where this post will end up.

History: Let's start with the 'Wild Hunt'. Wild Hunt is a folklore tail, popularised by Jacob Grimm, who coined the term 'Wild Hunt', which is a part of many northern European cultures. The story typically involves a chase led by a mythologic,  historic, or biblical figure. This leader is usually followed by a ghost or supernatural band of hunters. The hunters were usually composed of the souls of the dead, possibly ghost dogs, or in some cases depending on the composition of the believers could've been fairies, valkyries, or even elves.

In those cultures seeing the Wild Hunt was usually thought to presage some catastrophic event such as a war, a plague, or possibly the death of the person who witnessed it. For some people there was the belief that if you encountered the hunt you could be abducted and taken to the underworld or a fairy kingdom or your spirit was pulled away while you were sleeping to join the hunters behind the leader.

Comics: 'Ghost Rider'. Anyone who has read comic books has probably heard of Ghost Rider. This comic debuted in 1967 and was put out by the Marvel Comics Group. The original comic was actually a Western with the title character named Carter Slade. This particular series with Slade as the rider only lasted seven issues.

The next time we see Ghost Rider the title character had the name, Johnny Blaze. This character rode a motorcycle. Some of you may remember the movie of the same name that starred Nicholas Cage.

I believe the original seven Ghost Rider comic stories may have been renamed Phantom Rider, but I can't verify that.

And this brings us to the music part of the post.

Music: The song "Ghost Riders in the Sky" was written in 1948 by songwriter and actor Stan Jones. This song has been recorded by numerous singers, including Jones. According to Wikipedia, Jones claims that he was told the story,  at the age of twelve, of ghost riders by a Native American who was living near his hometown of Douglas, Arizona. The story was that when the soul left the physical body it resided in the sky as a spirit. To Jones, the cloudy shapes that he saw when he looked up in the sky resembled the "Ghost Riders".

The song reached number one on Billboard magazine's chart as recorded by Vaughn Monroe in 1949. It also made the charts when sung by, The Outlaws, Bing Crosby, Frankie Laine, Peggy Lee, two different versions by Burl Ives, Marty Robbins, The Ramrods, and Johnny Cash. Even Lawrence Welk recorded the song.

Western Writers of America chose it in 2010 as the Greatest Western Song of all time.

Stan Jones Version?
Vaughn Monroe
Latest Version
So as the season progresses you can always take a trip down the rabbit hole that is YouTube and listen to all the versions of this song you can find.  Have a wonderful October.
For those who wonder what I've been up to, I've released two non-fiction works under the name Doris McCraw:
"Under the Stone: EarlyWomen Doctors in Evergreen Cemetery" and "52 Haiku: Reflections From Life in Colorado"
Now, back to the work in progress. Here's to a productive fall and winter for all.
Doris McCraw 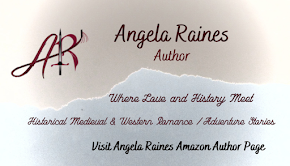