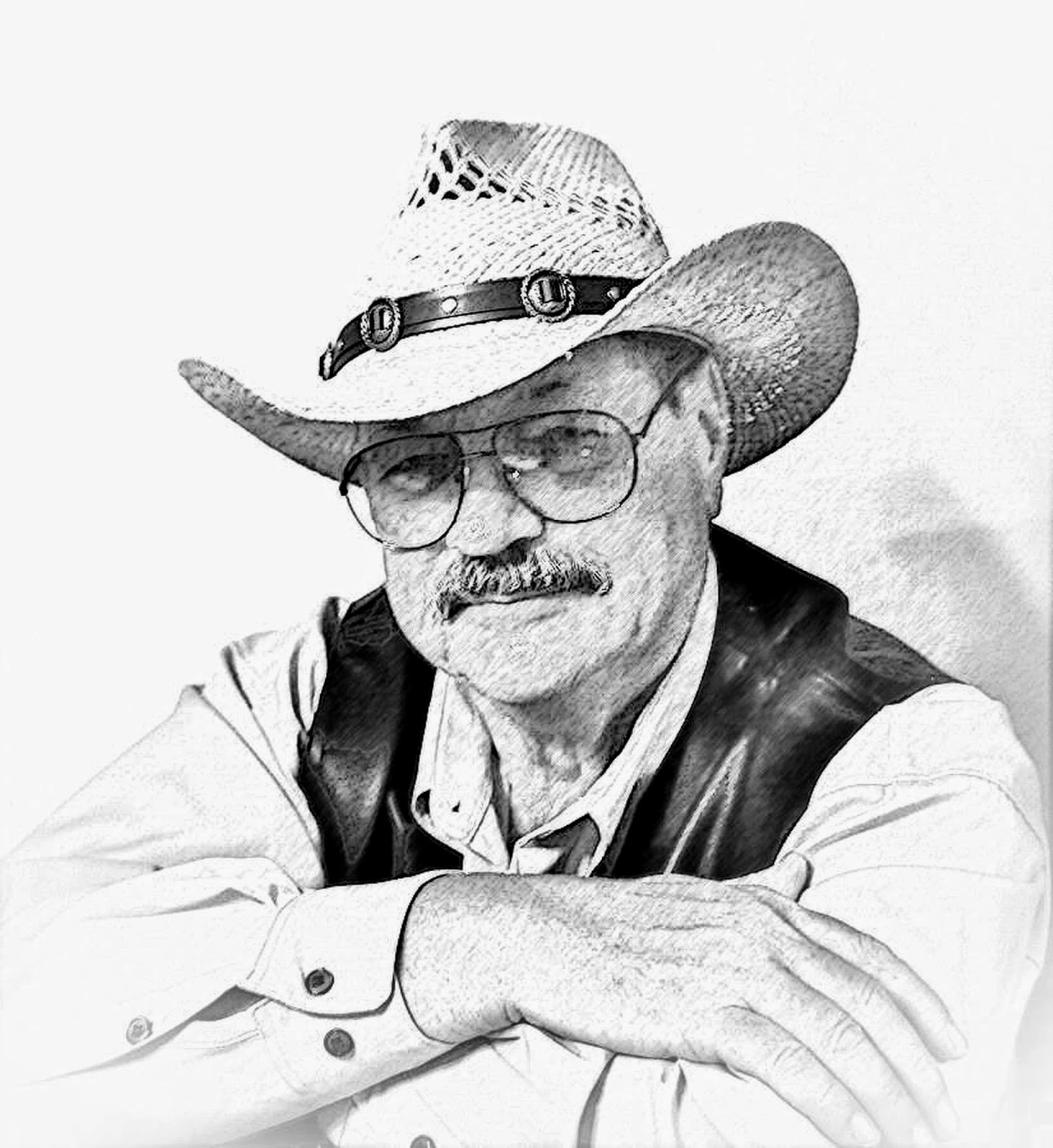 Again, I’m moving ahead with reports on Class and Race in the Frontier Army, by Kevin Adams.

First we must understand that life in the frontier army cultivated a mindset that divided the world into two classes. The structure within the army did a lot more than just reproduce internal hierarchies. In addition, it created a repository for social and cultural tensions specific to post-Civil War America. Officers in the army, for example, found themselves in surrounds that informed them that their intellectual lives, leisure pursuits, consumption practices—in other words, everything about the way they lived—explicitly defined them as elites.

Look at this example. Officers in Arizona had a very interesting special privilege. Guards were assigned to accompany them to the water closet, just in case an Apache was lurking close by.

Enlisted men were something else, and their self-identity came from a different source, a different class perspective, drawn basically from thinking as broad based as the free labor ideology, Jacksonian democracy, and the emerging critique of the new American industrial Economy. Workers all over the United States were oppressed, and like them, enlisted men thought of themselves as an aggrieved class that suffered, and that suffering was caused by a specific group. In the case of the soldiers, that group was officers, who had no concern for the well-being of the soldiers. Of course the soldiers felt they were as good as anyone else. And they felt they should be treated with a modicum of respect. But when this failed to happen, many enlisted men tooke the next step and began to assault the foundations of army society, taking both overt and subtle actions.

Looking at the situation from the officers’ viewpoint, their thinking about the men they commanded was shaped by class. Officers and enlisted men lived at different levels in a social hierarchy that both classes accepted. Officers believed they were superior. They also believed the men who served under them were inferior. Thus, in the minds of the officers, the best way to manage interaction between these “classes,” was to set a dignified and exalted example within their own social sphere.

A core belief (among officers) that did not hold up to detailed scrutiny but still remained powerful was that enlisted men were uniformly devoted and respectfully obedient. In 1886, Secretary of War William Endicott described American soldiers as “orderly, subordinate, and faithful” men who bore up under their hardships “with commendable fortitude.” In other words, from the officers’ standpoint, obedience was praiseworthy in enlisted men because it confirmed officers’ understanding of the social hierarchy.

Another Secretary of War, Redfield Proctor, said, “Every Captain should be to his company as a father and should treat it as his family, as his children.” Mrs. Custer, George Armstrong Custer’s wife, held that the first rule of military life for enlisted men was “never speaking unless spoken to.”

Strict discipline and harsh penalties were seen as the surest corrective to enlisted mens’ transgressions. General Guy Henry said that the best policy for dealing with a soldier who displayed insubordination while deployed was to “shoot him on the spot and have the trial afterward.”

Writing in the Army and Navy Journal, an officer said that commissioned personnel and enlisted men were as “different as black and white, and so God intended. To talk of eliminating caste in the Army or society is all nonsense.” Why? “Because the officer who adheres most closely to the requirements of caste will be the man who does the most for the soldier and whom the soldier looks most up to for example and precept.”

Now hear this. Most officers though enlisted men without abilities or intelligence, yet opposed a comprehensive post school system. Orders were to educate the men. Officers found every excuse not to. In that magazine, the Army and Navy Journal, a West Point graduate complained that “If Congress really wishes to stir up the muddled brains of the enlisted of the Army,” it should hire chaplains instead of officers.

Further, officers who acted with casual familiarity toward their men were seen as a threat to the institution and society. The fact was, the soldiers’ labor made the officers’ leisure-centered social circle run smoothly. Class was central to the officers’ worldview, and remained important long after the frontier period ended.

“Little publicity of public recognition has ever been given the Indian War veteran and his accomplishments. They are indeed a FORGOTTEN PEOPLE and the only ones in American history so treated.”
—P rivate William Murphy.

I won’t put Murphy’s entire article here, but Adams goes on to say: In the minds of enlisted men, they were indeed a group of wronged and forgotten people. Maltreated by officers, sneered at by civil society, and utilized as expendable manual labor by the army, enlisted men often smoldered and fiercely resented the attempts of others to demean them. They thereby took part in a larger post-Civil War conversation about the future development of American society, a discussion that focused particular attention on the creeping dominance of class.

In the ranks, men learned to depend on one another. Think of it. If an enlisted man wanted to speak to an officer, he first had to get the permission of his first sergeant. Still, enlisted men took pride in their self reliance. Officers avoided even the basic functions of their company (troop, regiment) so men learned to do it themselves. They improvised. They worked together. They alleviated the harsher features of military life, including the failure of the army to provide adequate food, clothing, and recreation. Further, they worked to keep their sometimes illicit pleasures from prying officer eyes.

Another thing. Imagine this. Enlisted men thought their lives were just as dear as those of officers. No one else believed that, but they did. Those were not the days of “no man left behind.” Says Adams: Only rarely were their bodies transported back to post, those who fell were buried on the spot, often in mass graves. In contrast, the bodies of officers who were killed in combat were almost always retrieved and shipped to the next of kin. This discrepancy in treatment and the perceived disrespect angered the troops. When dead and dying American soldiers were abandoned during campaigns against the Sioux in 1876, a number of “very badly demoralized” men deserted from those units, “saying they would not fight under men who would leave their dead and dying to fall into the hands of a savage foe.”

Enlisted men saw themselves as worthy of respect—not just because of their service, but simply because they were human beings who were as good as anyone else. Yes, there were bad apples. Deserters. Drunkards. One soldier said that while there were some bad men, most, he said, were victims of circumstances largely beyond their control.

Where have you heard that phrase recently?

Private Ami Mulford’s recollection: My patriotism went below zero as I saw how unkempt the soldiers were.” But when he entered the barracks, “a hearty welcome was given us recruits; soon we were real comrades.” He called that group of bedraggled veterans “as good and jolly a lot of men as I ever met . . . . If you are in need of anything they have you can have it for the asking and if you want a friend who will stand by your through thick and thin, they are the boys to tie to.”

Enlisted men held a positive and egalitarian view of themselves, but they felt they were a long way from being viewed thus in other people’s eyes. Also, in their own eyes, they were soldiers. Professionals. And being ordered to perform manual labor with little apparent connection to the soldier’s craft made them angry.

Consider this incident. Private William Earl Smith was ordered by General Ranald Mackenzie to “Look out for the horses” late one night. He was left outside to freeze in the Wyoming cold while Mackenzie spent hours inside at the officers’ bar. Said Smith: “I had often heard of nigers standing outside and holding the horses, but I never node how it went before.”

Few old soldiers actually served the full 30 years necessary for a pension. Many injured and disabled were carried as able-bodied to avoid paying a disability pension. One enlisted man wrote that he thought “some provision must be made for old soldiers who have not served the full thirty years, but whose health and welfare have been devastated by military service. The number of wrecks turned out by the Army is cruel and disgraceful.” In short, enlisted men lived at the mercy of a well-established and powerful system of rules, customs, and regulations that ignored, devalued, or mistreated them.

Army policies that treated officers and enlisted men differently drew heated responses from solders who were predisposed to doubt officers’ capabilities as a group. One infantryman observed: “The laws of the United States Army recognize in every commissioned officer, a gentleman, but all officers are not such. You cannot made a gentleman of a hog, whether inside or out of the United States Army.”

Said another: “There are as good men in the ranks of the army as there are among the officers or in any other station in life.”

Army life bred creativity. As one corporal said, “The whole of an enlisted man’s life might be encapsulated in two parts: while in the lockup, he would use all his ingenuity to obtain liquor; when out at work, he would contemplate how to work without doing anything.”

Adams ends this chapter with: “Assuming the perspective of discontented, ordinary soldiers reveals that they, like their officers, hardly referenced the nationality of their peers, while simultaneously understanding their position in American society through the prism of class.”

Taken from Chapter Six of Class and Race in the Frontier Army, by Kevin Adams.

Posted by ChuckTyrell at 8:56 AM