HOW CUSTER'S LITTLE BIGHORN BATTLE MIGHT NEVER HAVE HAPPENED by Steven W. Kohlhagen 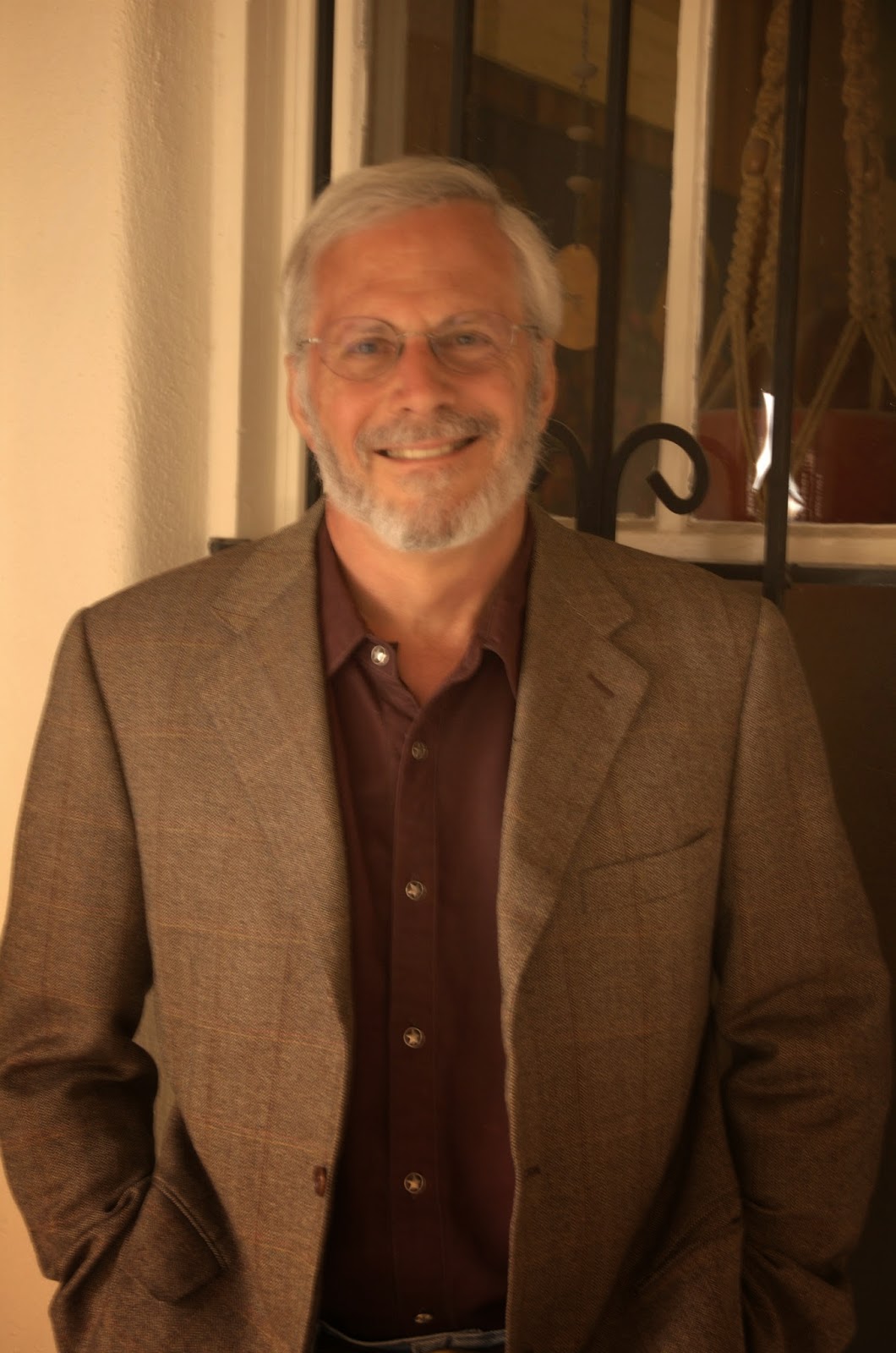 Anybody reading this blog is certainly familiar with the events of George Armstong Custer's defeat at the Little Bighorn Battle on June 25, 1876. Well, at any rate, you're each familiar with the version you've come to believe from all the versions you've heard over the years (more about that next month with the publication of my novel, Chief of Thieves).

Today, I'd like to focus on six events, each of which could have easily deprived all of us of that iconic American Western outcome. And no, I don't mean the trivial random counter-factual events that all students of history know could have changed events (what if he'd flunked out of West Point? or what if he'd been killed by a random rebel shot at (or before!) Gettysburg?). And no, I don't mean events in the battle itself (those are best left for future blogs).

No. Here are six actual, historical events that occurred between 1865 and one week before the battle, each of which could have completely changed what happened that beautiful June 1876 day on the banks of the Little Bighorn River: 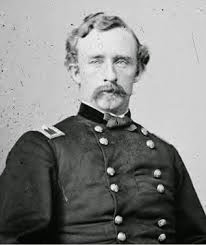 After the Civil War, (no longer General) Custer was assigned to the 5th Cavalry, named Chief of Cavalry of the Department of Texas during Reconstruction, and moved the unit to Austin. There his brutality and ill-treatment of his men led to plans for an insurrection. His men planned to murder him, but the plot was foiled when the unit was mustered out starting in November until his own removal in February 1866. Had the plot succeeded...

While leading the 7th Cavalry for days in a fruitless Kansas search for Indians, Custer spotted a buffalo off in the distance and left his command, accompanied only by his two dogs. He ordered the 7th to continue its march without him. This defining brash and reckless moment is described in detail by Custer himself in his own book, My Life On the Plains.

Custer and the dogs caught up with a large, lone bull. The bull decided to make his own last stand and turned to face Custer. He attacked and Custer fired his revolver at the charging animal. And? And, well, his errant shot hit Custer's horse in the head. Shot him dead. And there on the ground, the two remaining testosterone-fueled animals faced each other on the empty plains. Totally unimpressed, the buffalo turned and wandered off to graze.

Setting aside as trivial the fact that Custer could have been killed by the buffalo, we are now faced with a lone soldier (and his two dogs) alone, on foot, on the vast Kansas prairie, admittedly lost and without any provisions. He faced two highly probably adverse outcomes. First, the prairie was filled with hostile Indians, that being the reason the Army had sent him to Kansas in the first place. And second, he could expect to die of thirst or starvation if he could not find the 7th.

Six hours and fifteen miles from where he'd abandoned his command, he was sitting on a hill and saw the 7th randomly riding toward him on the horizon.

The press had coined a term during the Civil War battles, "Custer Luck." It reappeared that day on the Kansas Plains. Save for the reemergence of Custer Luck... 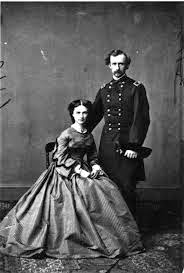 On July 14, 1867, having failed to locate any Indians but being frequently horrified at the sight of those less fortunate whites that been killed and mutilated by them, Custer began to obsess on getting to his wife Libbie, who was on her way to meet him at Fort Riley. For all intents and purposes, he abandoned his command and relentlessly drove himself and some of his soldiers for six days to be with her. The next day he was arrested for abandoning his command, being AWOL, and, for good measure, ordering the shooting of deserters without due process during his preceding search for Indians. He was court marshaled on August 15th, and found guilty and discharged from the Army for a year without pay on November 20th.

He spent the better part of that year in Michigan resuming his search into business and political careers that he had started after the War before he had decided to rejoin the Army. Either career would have led somewhere other than the Little Bighorn less than nine years later...

4) Surrounded, outnumbered by more than 5:1 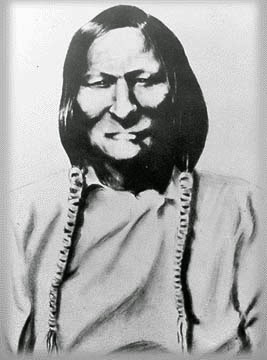 Ah, Custer Luck! In September 1868, General Sherman, needing someone to finally subdue the Plains Indians, reinstated Custer and gave him only a matter of days to hop on a train and rejoin the 7th Cavalry (and a date with Black Kettle and his Cheyenne at the Washita---see my March 1 blog).

Disdaining any of the reconnaissance or intelligence suggested by his scouts, Custer massacred Black Kettle's Cheyenne village on the banks of the Washita River at dawn on November 27, 1868, slaughtering 8oo of their horses and capturing 50 women. His four pronged surprise attack against a 5:1 outnumbered sleeping village having been an unparalleled success, a surprised Custer looked up later that afternoon to see, literally, thousands of painted, armed Indians atop the surrounding hilltops.

He was assured by his scouts that, given that the Indians had captured all the soldiers' winter coats and that the 7th was now outnumbered by at least 5:1, riding back more than a day to their supply camp in several feet of snow and freezing temperatures would lead to certain massacre at the hands of the pursuing warriors. Spending the night in the now shelter-less ruins of the destroyed village was equally suicidal.

Faced with the near-certain destruction of his command, Custer chose the only course open to him. He placed the captured Cheyenne women in the middle of the 7th Cavalry and gave the order to march directly at the Indians on one of the surrounding, aptly named, bluffs. To a man, still in shock at watching the massacre of an entire village and the slaughter of 800 horses, the warriors who had gathered from several surrounding villages from several disparate tribes and who had had no time to organize or plan an attack, simply left the hilltops and scattered back to their individual villages.

In light of the "successful" battle against the luckless and now-dead Black Kettle, all talk of another court martial due to his reckless exposure to an overwhelming force of Indians quickly quieted. But for Custer Luck...

A mere three weeks before being scheduled to lead the 7th Cavalry against the Sioux in Montana, Custer was summoned by Congress to come testify in the kickback scandals against the Secretary of War, and, as it happened, President Grant's brother. After his testimony, the Senate impeachment staff refused Custer's request to return to his command. General Sheridan, despite General Terry's pleas, refused to intercede.

Fifty-three days before he was scheduled to die on Last Stand Hill, Lady Luck had once again tried to save him...

Undaunted, our intrepid hero hopped on a train to avoid arrest and to meet with General Terry at Fort Snelling, Minnesota. There, a tearful Custer begged to be reinstated to lead his men. Terry, now with Sheridan's endorsement, urged Grant to reconsider. On May 6th, President Grant succumbed to political pressure and fear of failure against the Sioux, and reinstated Custer as head of the 7th Cavalry, with the condition he remain under the direct supervision of Terry.

The illusion of Custer Luck was maintained. But Lady Luck would make one last try to help Custer avoid his arc of fate... 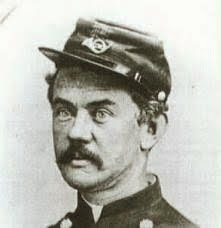 On June 10, General Terry directed Major Marcus Reno, rather than the furious, rejected Custer, to take three hundred of the 7th to scout the Powder River for the Expedition. Disobeying his orders, Reno followed his scout of the Powder River by heading west, past the Tongue, to the Rosebud River. There, he followed an immense Indian trail south, upriver, for six miles, before sending his scouts on ahead.

His scouts returned to report that they were indeed on the track of the Sioux villages they were seeking. Unbeknownst to all of them, they had reached to within thirty miles of the battle General Crook was at that moment losing to Crazy Horse at the Rosebud River.

Lady Luck then directed Major Reno to think about disobeying Terry's orders even further. He discussed with his scouts their view of the distance to the village. Its size. The likelihood of his becoming the hero of the Expedition. The scouts shrugged. He was the boss. But if he pursued the suggested strategy of following and attacking the Indians, he and all his men would be dead by sunset.

His vision of being the hero thus dashed (but not his thirst for disobeying orders), Major Reno chose instead to return to the Expedition and leave his commander with a date with destiny at the Little Bighorn River.

Lady Luck had run out of options. Custer Luck would be unable to survive more than one more week... 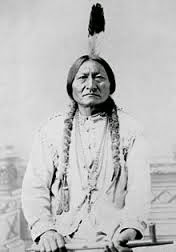 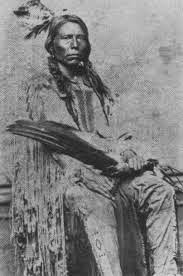 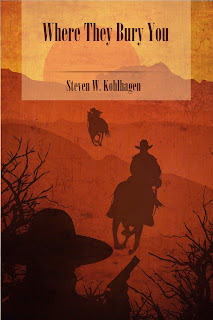 And Chief of Thieves, Sunstone Press, will be published on June 15.
Posted by swk at 1:00 AM