In a continuing quest to avoid  anachronisms in western fiction, here are some of the more colorful terms residents of the 19th Century American West might have applied to women. (Terms related to lawbreakers and lawbreaking are here.)

California widow: a woman whose husband is away from her for an extended period. Americanism; arose c. 1849 during the California Gold Rush.

Call girl: prostitute who makes appointments by phone; arose c. 1900. To call someone, meaning to use a phone for conversation, arose in 1889 along with the telephone.

Drag: women’s clothing worn by a man. 1870s theater slang from the sensation of long skirts trailing on the floor.

Fancy woman: high-dollar whore or a kept woman; possibly from the 1751 use of "fancy" to mean "ornamental."

Fast trick: loose woman. Of unknown origin, but possibly related to the 15th Century use of the noun "trick" to mean "trifles," or pretty things with little value. By 1915, "trick" had come to mean a prostitute's client.

Feathered out: dressed up.

Frump, frumpy: cross, unstylish person; sour-looking, unfashionable. The noun arose c. 1817, possibly imitative of a derisive snort. The adverb followed c. 1825. The slang etymology is a bit obscure, although earlier uses of the noun frump meant “bad temper” (1660s) and “cross-tempered” (1746), both of which may have derived from the verb frump, which in the 1550s meant “to mock or browbeat.” All senses may have descended from the late-14th-Century verb frumple, “to wrinkle; crumple.”

Gyp: female dog; more polite form of “bitch.” American slang from about 1840 as a shortened form of gypsy, presumably in reference to stray dogs' wandering nature. By 1889, gyp's meaning had shifted to "cheat or swindle," also based on gypsies' perceived behavior.

Hot flashes: in the menopausal sense, attested from 1887.

Hysteria: mental disorder characterized by volatile emotions and overly dramatic or attention-seeking behavior. When the word arose in 1801 (based on the Latin medical term hysteric), it was applied solely to women and often resulted in their confinement to an asylum. In 1866, clitoridectomy was proposed as a cure.

Lightskirt: woman of questionable virtue. American slang. Date unknown, but most likely from the notion loose women's skirts lay over fewer petticoats than traditional skirts of the time and therefor were easier to raise.

Painted lady: any woman who wore obvious makeup, primarily entertainers and prostitutes. From the 1650s use of "paint" to mean makeup or rouge.

Scarlet woman/scarlet lady: prostitute. From the 13th Century use of scarlet to mean "red with shame."

Soiled dove: prostitute; generally considered the kindest of such terms. Most likely a conflation of the 13th Century definition of “soil” (to defile or pollute with sin) and the Christian use of “dove” to indicate gentleness or deliverance.

Sporting house: brothel. Arose latter half of the 19th Century as a combination of "sporting" (early 1600s for "playful") and "house."

Sporting ladies/sporting women: prostitutes. Shortening and modification of 1640s "lady of pleasure" by substitution of early 1600s "sporting" (playful). Arose in America during the latter half of 19th Century in conjunction with "sporting house." 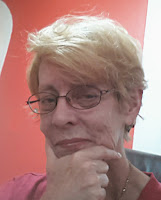 A Texan to the bone, Kathleen Rice Adams spends her days chasing news stories and her nights and weekends shooting it out with Wild West desperados. Leave the upstanding, law-abiding heroes to other folks. In Kathleen’s stories, even the good guys wear black hats. Vist her home on the range at HoleInTheWebGang.com.