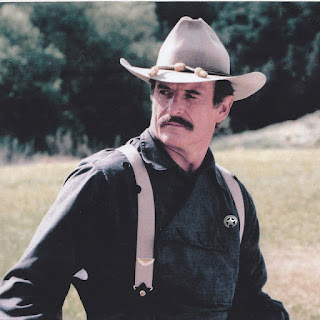 I discovered the existence of lady marshal, F.M. Miller, in the Indian Nations while researching through the 3,000 felony warrants Deputy US Marshal Bass Reeves served in his 31 year career and any other useable information I could find...I was immediately intrigued.
Very little is known about this iconic woman, save these small quotes from some newspapers of the day: The Fort Smith Elevator, in its November 6, 1891, issue described her thus: "Mrs. Miller is a dashing brunette of charming manners who also carried a Winchester rifle strapped to her saddle." The same article described her as "...an expert shot and a superb horsewoman, and brave to the verge of recklessness. It is said that she aspires to win a name equal to that of Belle Starr, differing from her by exerting herself to run down criminals and in the enforcement of the law."
An article from the Muskogee Weekly Phoenix, November 19, 1891, discusses a female Deputy United States Marshall named F. M. Miller. The newspaper reported that Ms. Miller was commissioned out of the federal court at Paris, Texas. She was known to be the only female deputy that worked the Indian Territory. Ms. Miller had the reputation of being a fearless and efficient officer and had locked up more than a few offenders. It was stated in the article that she was a "young woman of prepossessing appearance, wears a cowboy hat and is always adorned with a pistol belt full of cartridges and a dangerous looking Colt pistol which she knows how to use."
Further research turned up this from an internet question, September 1, 2005 and answered by Marshall Trimble: "In the Old West, was there ever a female peace officer? His answer, from the article, "Frontier Women at Arms", in the July 2005 issue of True West, features female hunters, cowgirls, ranchers, teamsters, prospectors, exhibition shooters, adventurers and outlaws…but I haven't run across a female peace officer in the Old West. I believe if there was one, she would have been heralded in print by now."
Well, not to leave such a stimulating subject uncultivated, I decided to add Mrs. Miller to the award-winning historical fiction series featuring Bass Reeves…THE NATIONS in the fifth volume entitled, BASS and the LADY. 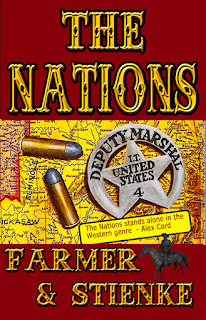 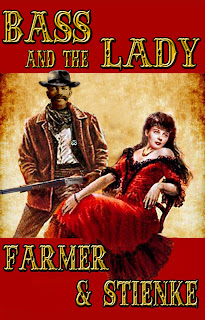 Now, I know there aren't many, if any, novels written about female law officers in the old west. There are a few about lady bounty hunters like Marcia Tomasiello writing as Juliette Douglas's  Freckled Venom - Copperhead series.
As mentioned earlier, since there is precious little mention of F.M. Miller in historical tomes and the newspapers articles of the day, I felt she was a natural fit for literary license to create a character based on existing information. There is no mention anywhere of her given name, other than initials, F. M., so I gave her Fiona May to match her initials…Who's to say?
The newspaper descriptions, "…a young woman of prepossessing appearance…a dashing brunette of charming manners…an expert shot and a superb horsewoman, and brave to the verge of recklessness" is an absolute banquet of information for a fiction writer. Could there possibly be a better character to work with Deputy Marshal Bass Reeves than Deputy Marshal Fiona Miller?
My style of writing is to first make a movie in my head and write down what the characters do and say.  I felt Fiona's personality back story was already well laid out and my mind conjured up a physical image that was sort of a blend of Gail Russell, Barbara Rush and a young Judy Garland. Beauty, strength and innocence…That's what I saw. 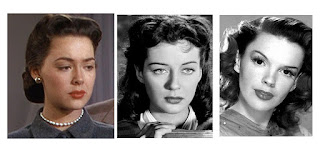 We had just started writing Bass and the Lady when we were invited to be guest celebrities at the first annual Billy the Kid Film Festival in Hico, Texas. Among the other film celebrities were Alex Cord, Robert Fuller, Dean Smith, Dan Haggerty, Allison Balson, Don Reynolds, Craig Hensley and his lovely wife Jenna Miller. 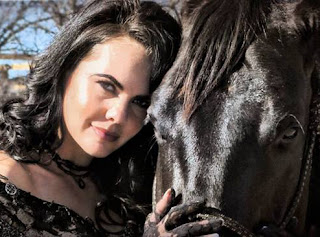 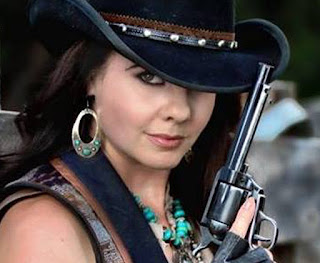 When I first saw Jenna's picture, my jaw dropped. "Oh, my gosh, she is my Fiona Miller." As luck would have it, she and her husband work out of Tombstone as film actors and in re-enactor skits. She also has an old west costume design company, Ravenna Old and New West Ventures. (www.ravennaoldwest.com/)  How lucky can I get?
I called her and asked if she would like to portray the previously neglected, but soon to be legendary, Deputy United States Marshal F.M. (Fiona) Miller on the cover of my next book in THE NATIONS series, LADY LAW? Lucky me once again, she was thrilled to. I had some ideas for the cover and explained them to her for a possible photo shoot in Tombstone. A few days later, she sent the results…the pics were perfect. 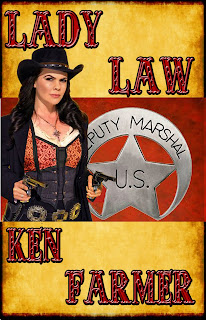 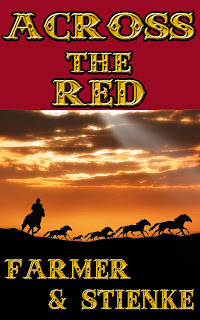 Fiona and Bill are assigned to help former Deputy US Marshal William Barclay "Bat" Masterson in his tangle with New York criminals trying to take over the exhibition prize fight he is promoting in Garden City, Kansas. It's a rematch between the great John L. Sullivan and Gentleman Jim Corbett.
While on this mission, the evil full blood Cherokee murderer, Fiona thought she had killed in BASS and the LADY,  Cal Mankiller, has resurfaced back in the Indian Nations and is looking for his revenge. Stand by...There will be more to come about the Lady Law.