MAIL ORDER BRIDES--COULD YOU BE ONE? COULD YOU MARRY ONE? by CHERYL PIERSON 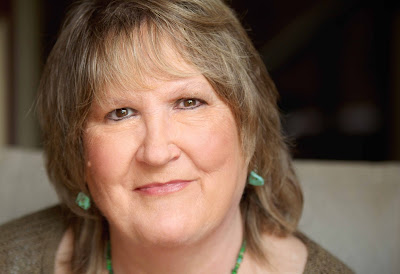 I don’t know why, but lately I’ve been enthralled by mail-order brides. No, I’ve not been “studying” them, or “researching” them—yet. I’ve just been wondering why this became such a practice—and a successful one—among women of all walks of life, or so it seems.

What would make a woman leave everything familiar to her and travel to “parts unknown” to marry a man she knew nothing about? What’s scarier than online dating? Being a mail-order bride! Once they’d made the commitment to leave their homes behind—much to the consternation of many family members and friends, in some cases, I would imagine—the die was cast.

Here's one of the first mail-order bride stories I wrote--FOUND HEARTS, penned for the PRAIRIE ROSE PUBLICATIONS 2014 Valentine's Day anthology, HEARTS AND SPURS, and later released as a single sell story.

BLURB:
Southern belle Evie Fremont has lost everything—except hope. When she answers an advertisement for marriage to Alex Cameron who lives in the wilds of Indian Territory, she has few illusions that he could be a man she might fall in love with—especially as his secrets begin to unfold.

Ex-Confederate soldier Alex Cameron needs a mother for his two young half-Cherokee sons more than he needs a wife—or so he tells himself. But when his past threatens his future on his wedding day, he and Evie are both forced to acknowledge their new love has come to stay—along with their FOUND HEARTS. 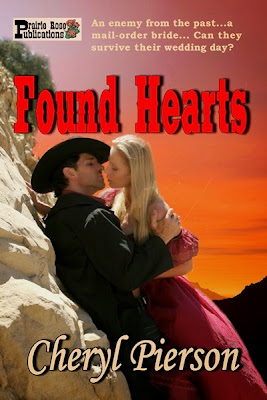 A woman would have to be certain in her own mind that what she was going to was better than what she was leaving behind. She would have to be resourceful enough to plan some kind of “exit strategy” if things didn’t work out. And I suppose, many times, women resigned themselves to the fact that they would become a soiled dove—the lowest of the low—in order to survive.

Here's a wonderful collection of mail-order bride tales from Prairie Rose Publications, LASSOING A MAIL-ORDER BRIDE. Take a peek at what's inside:

BLURB:
A woman would have to be loco to become a mail-order bride...wouldn't she? Leaving everything behind and starting fresh in the untamed west is the answer to a prayer for these ladies! A beautiful socialite needs a husband fast —but her husband wants a bride for life. A pregnant young lady becomes desperate —almost as desperate as her soon-to-be husband, who just inherited his sister's kids. A man is in love with a woman he can’t have —or can he? A woman’s reputation is tarnished and professional career compromised —she runs, but she can't hide. Will they all find love with strangers they've never met who are set on LASSOING A MAIL-ORDER BRIDE?

THESE ROUGH DREAMS—Cheryl Pierson
A pregnant mail order bride. A groom with three orphaned children. Some dreams get a rough start

HER HURRY-UP HUSBAND—Tanya Hanson
A beautiful socialite needs a husband fast —for just one month —but the rancher wants a wife for life!

THE BIG UNEASY—Kathleen Rice Adams
A man in love with a woman he can’t have. A woman engaged to a man she doesn’t love. A secret in common could destroy them all. 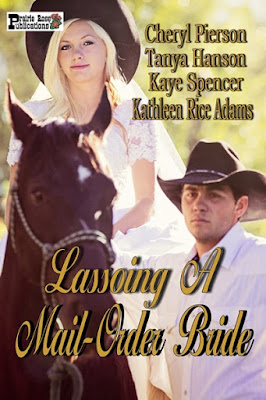 In spite of all the scenarios we might come up with for a mail-order bride to leave the life she has known behind her for something completely foreign to her, there are, I’m sure, many that we never could have even contemplated. For each story is personal, intimate, and heart-rending in its own right.

One of the most unusual books about mail-order brides is Jim Fergus’s story, ONE THOUSAND WHITE WOMEN—which is not about “mail-order brides” as we think of them, but in a totally different way—a trade by the U.S. Government of 1000 white women to the Indians in order to achieve assimilation into white culture. Interestingly enough, this premise WAS discussed in reality, but not carried through. In the book, however, Fergus shows how the government emptied insane asylums of women and sent them to the Indians…only most of the women were not insane, but had been “put away” by their families for one reason or another. 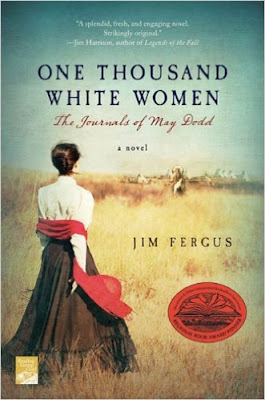 Would you have what it took to be a mail-order bride in the old west? I’m not sure I would, but it’s fun to think about. And for you guys--would you consider "mail-ordering" a bride? What if either of you had habits the other couldn't abide? What if you just didn't "suit" in general?

A MAIL-ORDER CHRISTMAS BRIDE is a collection of Christmas mail-order bride stories that Prairie Rose Publications just released with some wonderful tales of how some women with pasts they needed to leave behind find new beginnings at the most joyous time of the year. These eight stories by Livia J. Washburn, Kathleen Rice Adams, Cheryl Pierson, Patti Sherry-Crews, Jesse J Elliot, Meg Mims, Tanya Hanson, and Jacquie Rogers will provide you many hours of reading pleasure all year 'round. 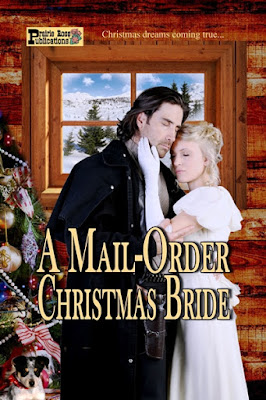 
So what about it, y'all? Ladies, could you BE a mail-order bride? Gents, would you consider advertising for a bride? What would be your qualifications?

I’m giving away a digital copy of A MAIL-ORDER CHRISTMAS BRIDE to one commenter! The question is, would you leave your familiar surroundings and go west to be a mail-order bride? Be sure to leave your contact information in your comment!

Thanks for stopping by today!

http://www.prairierosepublications.com/
Posted by Cheryl Pierson at 12:30 AM