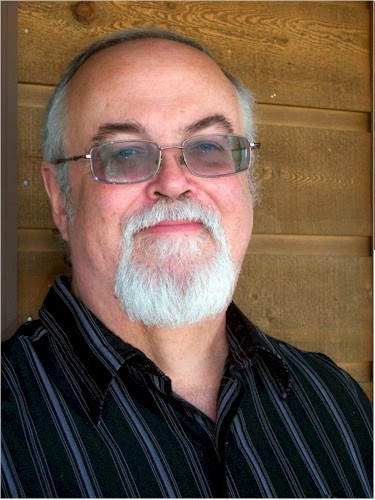 I've read and enjoyed Westerns for as far back as I can remember. Zane Grey, Max Brand, the Hopalong Cassidy novels by Clarence E. Mulford, I read 'em all. When I was a kid, I watched more Western TV shows and movies than anything else. John Wayne, The Lone Ranger, Roy Rogers, Hoppy, Matt Dillon, Paladin...those were my heroes.

But when I decided I was going to be a writer, my first goal was to write mysteries, because I read even more of them than I did Westerns.

So I did. I became a regular contributor of short stories and novellas to MIKE SHAYNE MYSTERY MAGAZINE, and the first novel I sold was a private eye yarn set in Fort Worth, TEXAS WIND. A few years went by, and

I had written and sold more than a million words of mystery fiction.

Then the door sort of slammed in my face. I had written four or five novels—TEXAS WIND, THE EMERALD LAND (a historical novel written in collaboration with my wife Livia Washburn), and several ghost jobs that are still shrouded in secrecy. But my proposals went unsold, my short story markets didn't pay much, and I needed a fresh start. I saw an ad in WRITER'S DIGEST for a company called Book Creations Inc. They were looking for writers. The company was owned by Lyle Kenyon Engel, whose name was familiar to me because he had packaged a number of book series which I'd read. I sent him a letter and enclosed copies of the two novels I could claim.

Lyle must have seen something he liked in those books, because a few weeks later the phone rang and he was on the other end, offering me a job writing for BCI. It didn't take me long to say yes. Lyle said one of the editors would call me when they had something for me to write. Another few weeks went by before I got a call from Paul Block, a writer and editor who worked for BCI. He introduced himself, then asked if I could write Westerns.

What do you think I said? Of course I can write Westerns, I told him. I'd been reading them all my life.

Paul said they needed a book for a series BCI was doing called STAGECOACH STATION. I had seen the books around but hadn't read any of them. I took care of that pretty quickly, racing through half a dozen of them to get the style down, then I wrote an outline for a novel called PECOS. Paul wanted some revisions in the outline, but we got that worked out without any trouble, and I wrote the book (which is actually sort of a mystery novel, too, no surprise given my background) and had a great time doing it.

BCI had a couple of quirks in their house-style: you couldn't use contractions in narrative, only in dialogue, and you couldn't end a chapter in the middle of an action scene. If you started a fight, you had to finish it before the next chapter break. Neither of those rules bothered me, although I haven't followed them in anything else I've written, only in my books for BCI.

Everyone was pleased with the way PECOS turned out. Paul asked me to do an outline for another STAGECOACH STATION book. Sticking with a Texas setting, since that's what I knew best, my next one was called PANHANDLE. I had finished the manuscript but hadn't sent it in yet when Paul called and asked how it was going. One of BCI's other writers had failed to turn in a book on schedule and they needed to rush mine into production, he said. He wanted me to send him however much I had done so they could start working on it.

I said, "Paul, I'll send you the whole thing. I just finished it."

That must have impressed them. They wanted more books, as quickly as I could get them done. So one after the other I wrote TAOS, DEATH VALLEY, and BONANZA CITY. Paul asked me if I would be interested in writing a Texas Ranger series. He had created one and planned to write the first book himself. It was going to be called VICKERY'S LAW. After Paul wrote the first book I would take over the series with #2.

As it turned out, Paul wrote only a couple of chapters before he decided he didn't have time to do the book after all. He sent those chapters to me, told me to use what I wanted and throw out the rest, and oh, by the way, could I come up with a new name for the hero, since they'd decided they didn't like Vickery after all. I kept the basic plot, rewrote those two chapters, and changed the hero's name to Sam Cody, so the series became CODY'S LAW. Vickery became the name of the captain of Cody's Ranger troop.

During the same stretch of time, Paul created and wrote the first book in another series, ABILENE, and that one I actually did take over with #2, writing the rest of the series. In a switch on that process, I wrote the first book in a series about a railroad detective called FARADAY, and then other authors took it over. All this work meant that I was writing books as fast as I could in several different series, all of them Westerns. Without realizing it—I was too busy to even think about it—I had become a Western writer. And I was having a wonderful time doing it, too.

Most of this happened more than thirty years ago. Since then I've gone on to write several hundred Westerns, in more series and under more different pseudonyms than I can keep track of. I've even written quite a few under my own name. Although I've always written other things—thrillers, war novels, men's adventure, hardboiled mysteries—I've done more Westerns than anything else and most people think of me as a Western writer. I'm fine with that. I love the genre, and for me as a reader, a well-done Western novel packs more pure entertainment value than anything else. Looking back on it now, I realize what my answer should have been when Paul Block asked me that question all those years ago.


"Can I write a Western? I was born to write Westerns!"
Posted by Livia J Washburn at 1:00 AM