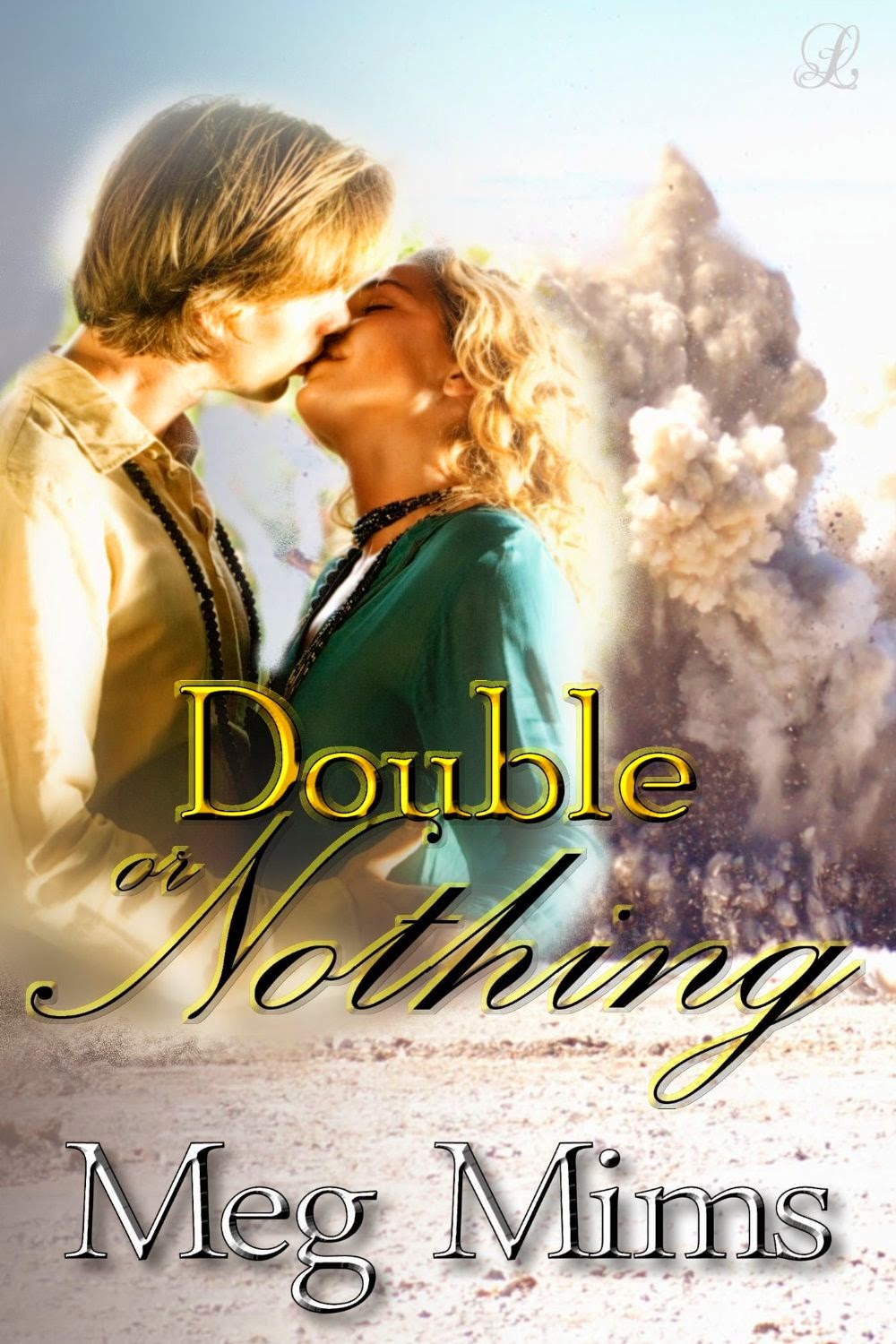 Lily Granville adored her uncle from afar for most of her life…until she became his ward following her father’s death. Now the old tyrant keeps her a virtual prisoner in his California mansion, using her as a pawn in a political power struggle. Before her uncle can force her into an arranged marriage, Lily elopes with the Texas rake her uncle forbade her to see again. When her husband is arrested and charged with murder on their wedding night, Lily sets out to prove his innocence…even if she must destroy her uncle and his cronies to do so.

Double or Nothing is the sequel to author Meg Mims’s Spur Award-winning first novel, Double Crossing (Astrea Press, 2011). Texan drifter Ace Diamond, with whom Lily fell in love in the first novel, accepts a payoff from Lily’s uncle to disappear—only to sneak back into Lily’s life after investing his windfall in a dynamite factory. The investment increases Ace’s wealth and social cachet; nevertheless, Lily’s overbearing uncle is not about to let an outsider come between him and the quicksilver mine his niece inherited or the political clout to be gained by Lily’s marriage to the scion of a wealthy, powerful Californio dynasty.

That Lily’s unwelcome fiancé happens to be Ace’s business partner—whose social standing puts him above suspicion in a deadly anarchist plot involving their dynamite—is only the tip of the iceberg in this tightly plotted mystery-thriller. Bad guys abound, and even the good guys don’t look all that savory…but that’s what makes the story spellbinding.

One always holds one’s breath when reading a sequel. Second books sometimes don’t live up to expectations, especially when the previous volume was incredibly strong. Double or Nothing doesn’t suffer from “disappointing sequel syndrome.” While the sexual tension between Lily and Ace is necessarily missing for most of the second book—due to Lily’s inopportune separation from the roguish Ace—the pacing, twists, turns, and surprises in the sequel are as good as, or better than, those that made the first story such a success.

Honestly, if Mims hadn’t segued into writing a more “mainstream” mystery series, she could have forged an entire career around Lily and Ace. The characters and their adventures are reminiscent of Dashiell Hammett’s Nick and Nora Charles in the classic The Thin Man. (Note: Though Hammett never wrote a Thin Man sequel in novel form, he did create the screenplays for two of the 1934 movie’s five sequels.)

Come home to the Old West, Meg, and bring Lily and Ace with you.


Kathleen Rice Adams is a Texan, a voracious reader, a professional journalist, and an author. She received a review copy of Double or Nothing from the author. Her opinions are her own and are neither endorsed nor necessarily supported by Western Fictioneers or individual members of the organization. Links in the review are for convenience only; they do not produce affiliate revenue.