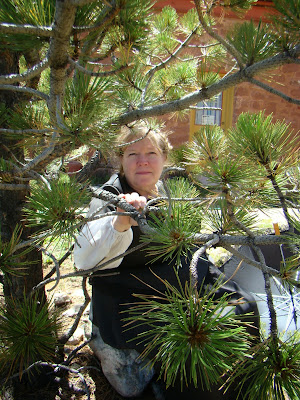 GUEST BLOGGER DORIS MCCRAW IS VISITING WITH US THIS WEEKEND ABOUT HER RESEARCH ON EARLY WOMEN DOCTORS.

Before 1900, Denver had two women doctors with the same name: Dr. Mary Bates. Although there is still so much to learn about these two women, their stories so far are still the stuff of legends. The stories can and will lead to so much more.

Putting their stories into context, Colorado became a state in 1876. The early days of Colorado were filled with people seeking gold and other minerals to be found in the high mountains. If they weren’t searching for gold, remember the 1859 “Pikes Peak or Bust” slogan, they were providing services and goods for the searchers. There also was an influx of people who found the Colorado climate beneficial for their health. This combination lead many women to brave the new territory to practice their medical skills. 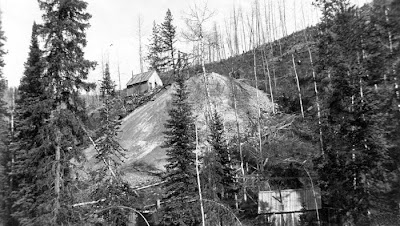 MINE IN LEADVILLE IN 1908
The first Dr. Bates to arrive was Mary Helen Barker Bates (b.1845-d.1934). She was the daughter of Dr. Ezra Barker who had a practice in New York. This Mary graduated from the Woman’s Medical College in Philadelphia. Before she moved to Colorado she practiced in Salt Lake City, Utah, where some of her patients were the family of Mormon leader Brigham Young. (The family site said she was “Brigham Young's Family Physician”. There she met and married George Bates in 1876. Two years later in 1878, at the age of 33, she and George moved to the mining town of Leadville, Colorado where George was an attorney and Mary practiced medicine.

Leadville, for those who don’t know, sits at 10,152 feet above sea level in the Colorado Rockies. During the 1870's- 80's it was a booming town. It was here the Guggenheims, Horace Tabor and others made their fortunes in silver. Even Doc Holliday spent time there. 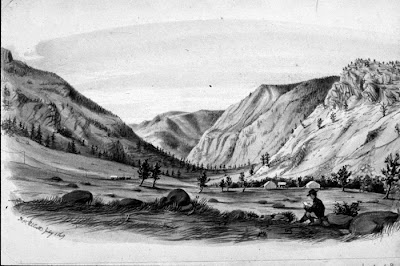 From the Hayden survey of the Colorado Territory in July of 1869. Two miles south of Georgetown on the Denver road.
While there, one source says Dr. Bates founded the Ladies Relief Hospital. In 1881 she and George moved to Denver for his health. When Colorado started licensing physicians in 1881, Mary was one of the first women licensed by the State. (Her license #271). She took special interest in Woman’s Suffrage, children and education. She introduced the Colorado Law for the Examination and Care of Public School Children which went into effect in 1910.

"Denver in 1898"
Our second Mary, Mary Elizabeth Bates (b.1851 d.1954) arrived in Denver in 1891. Prior to arriving in Colorado she was the first woman intern (1882-1883) at Cook County Hospital in Chicago, Illinois after a grueling exam in which she beat out a number of male candidates. She studied in Vienna from 1883-1884. Upon her return she was a professor of anatomy at the Woman’s Medical College in Chicago from 1884-1889. After moving to Colorado she also was involved in the Woman’s Suffrage movement and was part of the group that affected the passage of the 1893 referendum which gave Colorado women the right to vote. This Dr. Mary Bates also was a champion of the strict adherence to the liquor and gambling laws of the state. Her other passion was animal rights and prior to her death in 1954 she created the Mary Elizabeth Bates Foundation for animal care.

Posted by Cheryl Pierson at 9:00 AM