Blood and Treasure at Champion's Hill


"Each person is born to one possession which out-values all his others: his last breath." - Mark Twain


I'm dang lucky to be here.

A hundred and fifty-one years ago two great opposing armies converged east of Vicksburg, Mississippi on a farm owned by Sid and Matilda Champion. The leader of one army was Major General Ulysses S. Grant; the other was Lieutenant General John C. Pemberton.

One of the fiercest and bloodiest battles of the American Civil War took place there when Confederate artillery, positioned atop a no-name bald hill on that farm, fired down on part of the Union's 32,000 man advance. The prize for one army was the seizure of the Confederate supply stronghold at Vicksburg; the desperate intent of the other was to prevent it.

The battle raged throughout the day of May 16, 1863 ending in a decisive Union tactical victory and a Confederate retreat to Vicksburg.

Total American casualties at the Battle of Champion's (or Champion) Hill, as it came to be called, exceeded 6,200.

Where my luck comes in is that two of my great-grandfathers, one paternal and one maternal, fought against each other at Champion's Hill and survived. Daniel McKnight, my dad's mother's father, was a private in the Confederate's 1st Missouri Brigade. My mother's granddad, William Aspinwall--her mother's father, was an infantryman with the 47th Indiana.

All we know about Dan McKnight is that he was a Methodist preacher from Missouri. Sometime after my grandmother Minnie Belle was born in 1871, widower Daniel loaded up his family in Springfield and trundled the wagons off to north Texas. He died down there, leaving my grandmother and her sister orphaned.

Bill Aspinwall was 17 when he charged those Confederate lines in Mississippi. He was wounded there, too, by a non-fatal head shot.

He'd had other wounds, it was said, from other battles, and may have come home from the war with what was called the "army disease"- an addiction to morphine which was commonly sent home with wounded soldiers for the relief of pain. He eventually wandered down to Indian Territory where he met and married my great grandmother, Sarah Jane. My grandmother, Georgia Lee, born in 1881,was their only child.

But Bill was a mean and abusive man, no doubt due to his alcohol and drug use, and I'm sure the unconsidered and unheard of effects of PTSD. However, extended families still stuck pretty close together back then, and Sarah Jane's kin ran Bill off.

Long after my grandmother Georgia Lee's death, a letter turned up tucked away in an old trunk of hers.

Poignantly written by Bill, the letter was addressed to Sarah Jane and his young daughter.

He'd written about how he'd sobered up and straightened himself out, had a steady job, how he missed them and wished to God they could live together as a family again, he promised he'd be a better husband and father. But it never happened. Last they knew, Grandmother once said, he'd died in an old soldiers' home up in Sedalia, Missouri...probably alone.

The likelihood that Dan and Bill came face-to-face in combat isn't high; there were a combined 54,000 troops in and around Champion Hill. Still, they were both engaged in the close-quarter combat, and it's not totally out of the question. In my own imagination, it was Dan's Minie ball that
creased Bill's skull. In either case he survived because it knocked him cold, and those fighting
hand-to-hand around him thought him dead. We had no mention of any wounds Dan might've received in the battle and the subsequent siege at Vicksburg, only that he survived.

I guess all of us could say many various turns of fate kept our lines alive to eventual existence. Could be one of my ancestors side-stepped a charging mastodon, or perhaps dodged the thrust of a Roman gladius, and maybe many other such happenings. The difference here is I can trace the facts that two of my ancestors met on a battlefield; two men, had either of whose lives been snuffed out, I wouldn't be here to write about it.

My grandmother Minnie Belle McKnight Truman had four children; my dad was the youngest. My grandmother Georgia Lee Aspinwall Moore gave birth to ten; my mother was her fifth.

Like most of my countrymen, having the knowledge that our family's history, down to the kernel of our existence, is woven into the ragged and worn fabric of this nation, gives me one more sturdy reason to be proud to call myself an American. 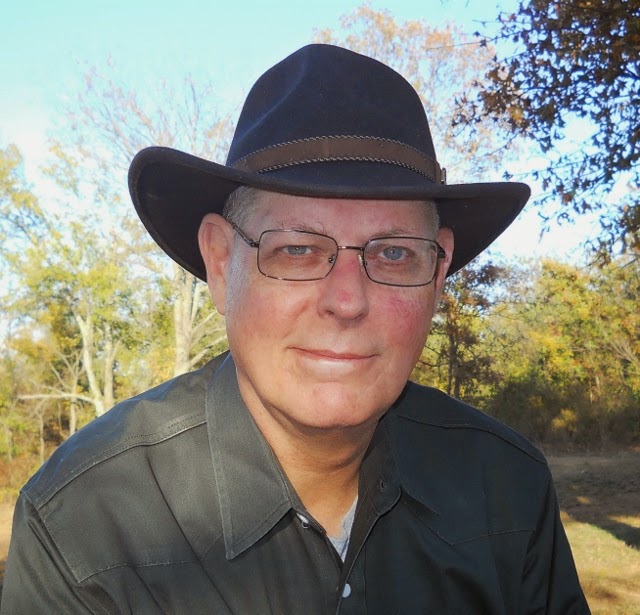 Phil Truman is the author of the award-winning historical western novel,  Red Lands Outlaw, the Ballad of Henry Starr;  a sports inspirational about small town schoolboy football entitled GAME, an American Novel; and Treasure Kills (formerly Legends of Tsalagee), a mystery/adventure in a small town.

His eight story fiction series based the life and times of Deputy U.S. Marshal Bass Reeves, and put together in a volume called West of the Dead Line, will be available in electronic format in the Fall of 2014.