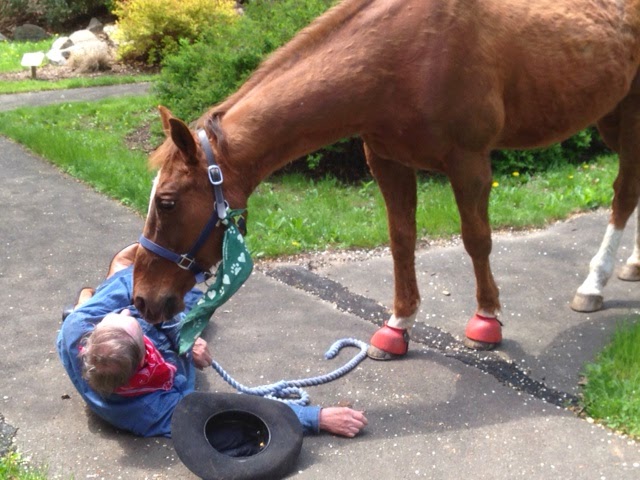 Howdy, all, and welcome to Fall. How's that for lousy poetry?

First, something a bit off my usual subjects of horses or Texas Rangers. We've all heard the complaints that kids, particularly boys, don't read much anymore. I had my annual book signing at the Harwinton, CT fair this past weekend. Saturday afternoon, during a downpour, three boys, brothers,  one in his  early teens and the younger two in their early teens or late pre-teens, came up to my table (I always have an indoor space... unfortunately for my diet, it's always in the Main Exhibit Building, where all the baked goods are judged and then put up for sale.. lots of my profits go for cakes, pies, cookies, and fudge) and started looking at my YA series, Lone Star Ranger. The oldest told his mother they wanted the books. So what does she say? "I don't know. You might not like them. You might not find them all that interesting. Are you certain you don't want to think about them for a while, first?" And so on and so on. I wanted to grab her by the neck and give her a good shaking, then yell, "You have boys who WANT TO READ and you're discouraging them? THEY WANT TO READ. Buy them a book, for Pete's sake. Even if it's not one of MY books, GET THESE BOYS A BOOK! They WANT to READ. Encourage them, don't discourage them. And since they've already skimmed through my books, it's pretty clear they ARE interested in them." Sometimes you have to wonder about parents. Luckily, the boys prevailed, and they went away with signed copies of the Lone Star Ranger books safely tucked under their ponchos. End of rant. Now, back to horses. I'm going to give everyone a basic primer on horseshoes. I'm no expert on horseshoeing, for that I rely on my farrier. (Yes, the correct term for a person who shoes horses is a farrier, not a blacksmith. While all farriers can be considered blacksmiths, not all blacksmiths are farriers, only those who shoe horses). But I can provide some general information which may be helpful.

First, while most people don't realize it, horseshoes come in sizes, just like human shoes. When you think about the different breeds and sizes of horses, it just makes sense.

The basic purpose of a horseshoe is to protect the hoof. In the wild, horses get along just fine without shoes, but those being used for riding, farm, or draft work need extra protection. The shoe protects against bruising, chipping, and even internal injury to the hoof. While many horses can get along just fine unshod, especially those who live where there are few rocks, like Florida, most horses need the protection of shoes.

There are two basic methods of shoeing, hot and cold. In days past, farriers did hot shoeing, where the shoe was heated, then molded to the horse's hoof. Today, most shoeing is cold shoeing, where a pre-sized shoe is hammered to match the hoof. And shoes wear out every six to eight weeks. A shoe that starts off a quarter inch of hardened steel can be worn down to a thin, razor-sharp edge in that time.

Of course, with horseshoes protecting the hoof, which is constantly growing, (A hoof is basically one big fingernail), the hoof doesn't get worn down, as it would in the wild. That means the farrier doesn't only have to shoe the horse, he also has to clip off the edge, rasp it and the wall of the hoof smooth,  make sure he trims correctly for proper balance, then nail the shoe in place. And one slip of a nail or rasp could cripple a horse, possibly permanently. Horseshoeing is both an art and a science, and a good farrier is more valuable than a good spouse, hard to find and even harder to replace.

Most horses don't mind being shod, in fact mine have always rested their heads on the farrier's back and dozed off during the process. But there are the exceptions, and horseshoeing is hard, backbreaking, sweaty, and sometimes dangerous work. And there are many excellent female farrier's, so it is not just a man's job.

Until next month, a reminder of what's to come... 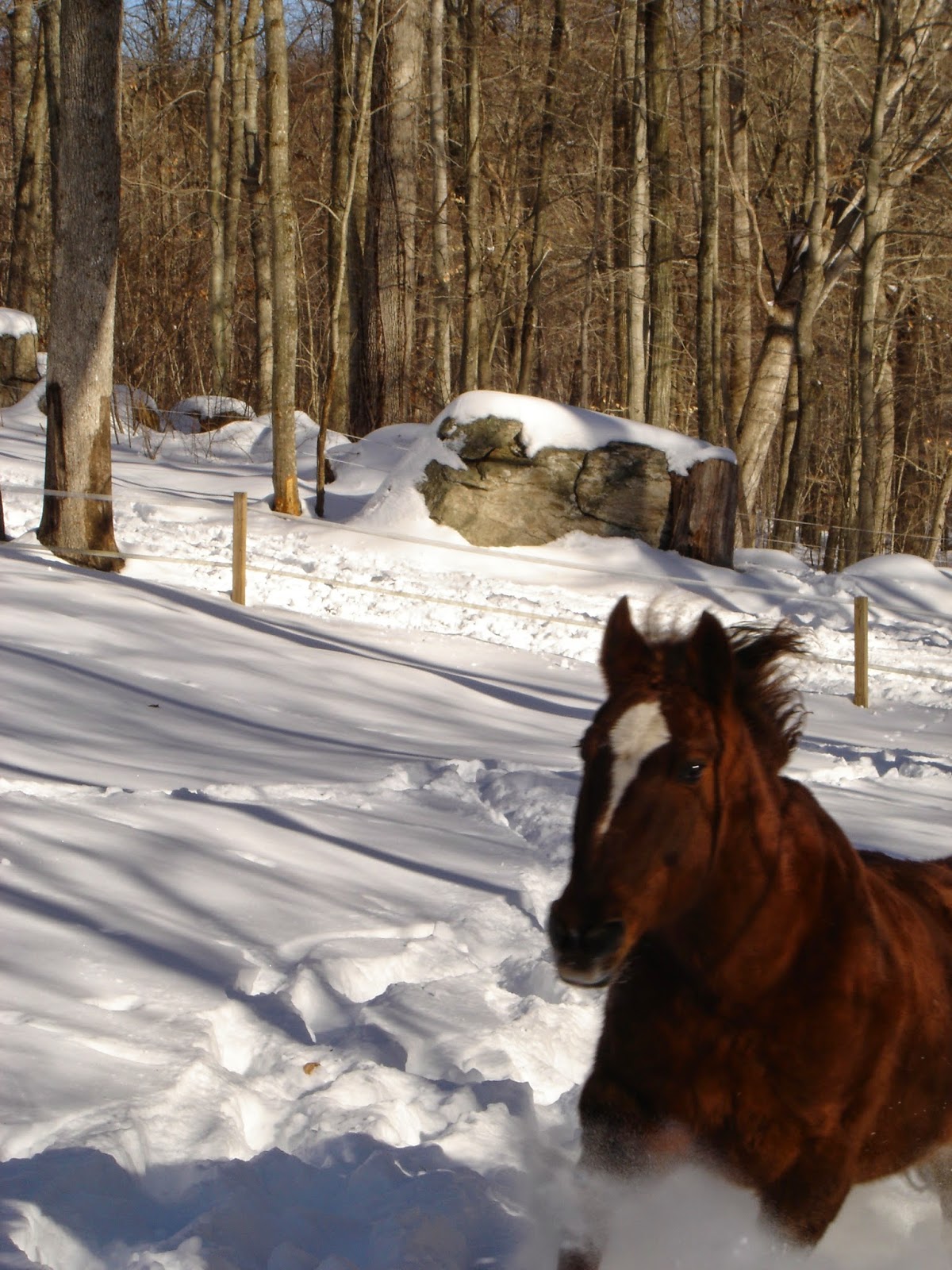