The daguerreotype was the first photographic process and saw widespread use in the 1840's.  It was invented in 1839 by Louis Daguerre. He published a booklet describing the process and by 1850 there were more than 70 studios in New York City. By the 1860's, it was replaced by less expensive techniques such as the ambrotype and the tintype.

The tintype was patented in 1856 by Harold Smith. Photography became instantly popular and many people wanted portraits of their loved ones before they marched off to war.

It was Mathew Brady, considered to be the father of modern photo-journalism, who captured many pictures of the era. Brady photographed many famous Americans of the time period as well took graphic pictures of the casualties of the War. In 1862, he opened a gallery in New York called The Dead of Antietam. It was the first time Americans witnessed the horrors of war in a medium other than artists impressions such as drawings and sketches. 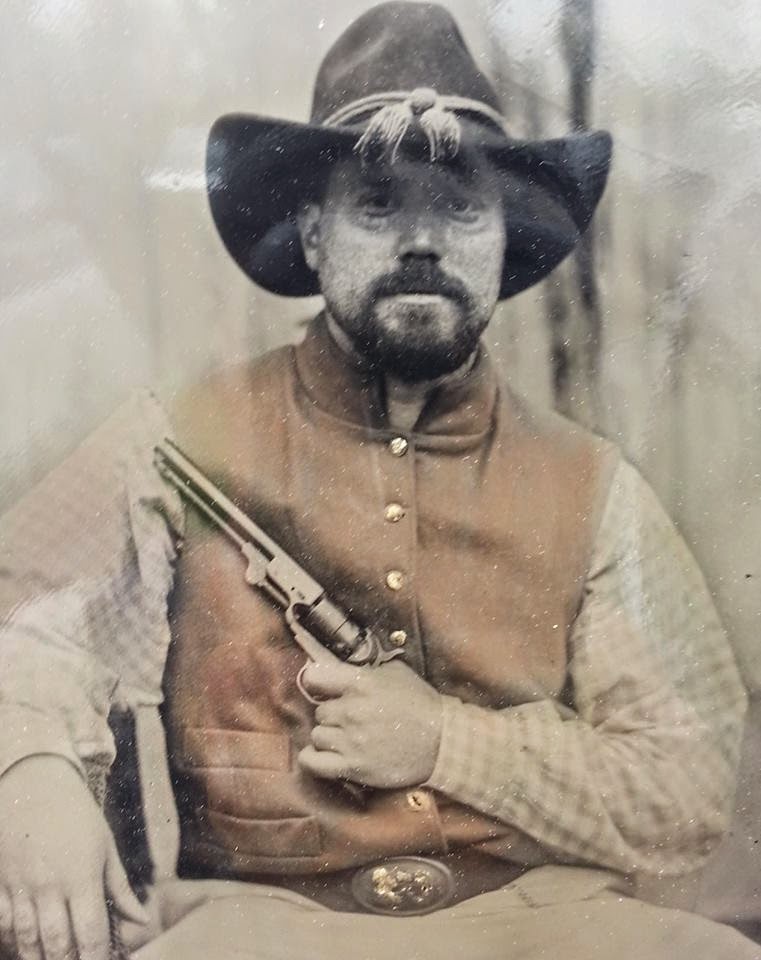 The daguerreotype is taken on a highly polished plate of copper coated with silver and the resulting photo is a mirror image. It was this phenomenon that lead to the myth that Billy the Kid was left handed and even spawned a movie starring Paul Newman called THE LEFT HANDED GUN.

I recently had a daguerreotype taken of myself at a reenactment and the exact same process is used today with the same chemicals that was used during the 1840's. The photographer added the color in my vest by hand after the image had developed, a technique that was commonly used during the time period. I could have reversed the image using software but I tend to prefer it in the original condition. For the record, I'm not left-handed.

During the War, photographers generally charged one dollar per photo. Today, the process will set you back about $50 depending on what size you want the image to be, but I consider it a worthwhile investment.

He is the Editor-in-Chief of The Western Online, a magazine dedicated to everything Western. He can be contacted through Twitter @mattpizzolato or via his website:
www.matthew-pizzolato.com
Posted by Matthew Pizzolato at 3:42 AM