A WESTERN METROPOLIS BY CAROL CRIGGER 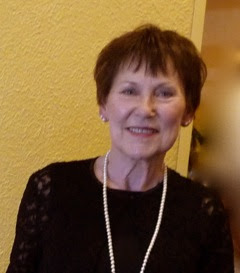 What made a frontier town grow into a city?

Bet most people would answer, “churches and schools, banks and newspapers.” Oh, and commerce, of course. It does take those things, but that’s not the complete picture. According to local historians in my neck of the woods, a town was just a town until it had a staffed hospital. At that point, the frontier town became a metropolis--a real city, and a real point of pride. After all, every new town’s aim was to grow and prosper and become the next San Francisco or Denver.

Medical care has been on my mind lately, partly because of a recent surgical procedure of my own. The bill for the out-patient operating room nearly put me into intensive care with a heart attack! (Not really. Just a simple case of sticker shock.) How, I wondered, did people in the the 1880’s cope, which is when Spokane, Washington got its first hospital and became, in the resident’s eyes, a metropolis? A small metropolis, at least. More, what kind of care did they receive? And what did it cost? This first hospital, by the way, evolved into the same one where I received care last month.

As was often the case, especially in the west, this hospital was first opened by two Sisters of Providence nuns. It began in a shed while the hospital building was being built. Can’t you just see it? A brick edifice rising out of dusty and rocky open land? When the city burned in 1889, the hospital was spared, helped out by its brick exterior and landscaped grounds.

In 1887, the first year Sacred Heart hospital was open, 354 patients were treated. The first patient, a transient found sick and alone in a shack down by the railroad tracks, died.

Ladies in the throes of bearing a child usually avoided the hospital, preferring to give birth at home with a midwife in attendance. Hospitals, after all, were mostly utilized only in desperate circumstances. They were known as place to go to die, perhaps a self-fulfilling prophecy. However, in this hospital, even in those times, the doctors preformed surgeries not only for severed limbs and bullet wounds, but for appendicitis, and even cosmetic type surgery, for instance, creating and appending a prosthetic ear onto a small boy. History tells us the latter was a great success. Hospital care, complete with skilled nursing, ran about $4.00 a day. I expect those patients thought it horribly expensive. 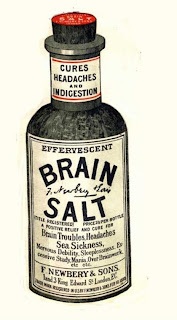 This is not to say doctors saw patients only in the hospital or their offices. Even in the metropolis they made house calls, just as when the town had been wide open and wild and woolly--on the other hand, by most accounts it still was wild and woolly. One doctor’s horse knew the streets so well the doctor slept on the way home.

As an item of interest--or maybe curiosity--I don’t remember ever reading a Western novel that included any of this sort of information. There’s tons of stuff written about the worn old frontier doctor with a heart of gold who takes chickens in trade for childbirthing, and digs out bullets with utter aplomb while the outlaw holds a six-shooter on him. Mostly he goes days without sleep and drives his horse through rain and blizzards and blazing sun far distances to serve his fellow man. The hospital is usually one room in his own house.

If anyone knows of a Western novel that includes a real hospital in the plot, please let me know. I want to read it. Just think, Coma or Contagion, set in the old West.

Alternate care came not only from mid-wives, but druggists who prescribed medicines for maladies that today would require a whole team of doctors. Further on the fringes were traveling medicine shows, where anyone who wanted could put “Doctor” in front of his name. In a word, the quacks. The self-proclaimed doctor’s stock in trade were balms and elixirs made up of who knows what. Often they contained opium or other dangerous and habit-forming drugs, which was good business for the quack, insuring repeat customers. 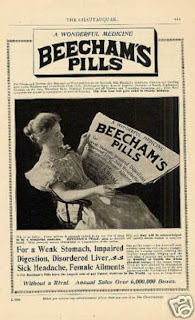 Patent medicines were freely advertised in every newspaper and magazine. Lydia Pinkhams for women’s ailments is a well-known example. It was after the turn of the twentieth century before that changed. On the other hand, look in any magazine or newspaper today. Chances are you’ll see medicines, both patent and prescription, advertised as widely, if not as colorfully, today.

Lifestyle advice, although doctors of the day didn’t use that term, might seem very modern to us today. Local doctors shared their recommendations for a long life with the local newspaper:
•Take pride in your hair and dress
•Think pleasant thoughts
•Take regular exercise, especially for “stiff” portions of the body (go ahead, laugh)
•Avoid overeating and careless living
•Mix regularly with the young
•Exercise sanity with regard to tobacco

What I find most interesting about the towns scattered across the west is that so few of the then acquired metropolis status, regardless of their high hopes. And sadly, I believe there are fewer all the time as the West disappears into urban sprawl.

A BIT ABOUT CAROL CRIGGER:
Born and raised in North Idaho on the Coeur d’Alene Indian Reservation, C.K. Crigger lives with her husband and three feisty little dogs in Spokane Valley, Washington. She is a member of Western Writers of America and reviews books and writes occasional articles for Roundup magazine.

Imbued with an abiding love of western traditions and wide-open spaces, Ms. Crigger writes of free-spirited people who break from their standard roles. In her books, whether westerns, mysteries, or fantasy, the locales are real places. All of her books are set the Inland Northwest, the westerns with a historical background. Her short story, Aldy Neal’s Ghost, was a 2007 Spur finalist. Her western novel, Black Crossing, won the 2008 Eppie. Letter of the Law was a 2009 Spur finalist in the audio category.