1. Most exciting day of your life was?

I've had two: the days my daughters were born. I always wanted children. I had some pretty bad health issues in my teens, and when I was 19 my doctor told me if I ever wanted children, I needed to start right away. James and I had been dating for a while, so we were married a few months later in 1976. My oldest daughter was born in 1984. Guess the doctor was wrong about the right away bit.


3. My favorite car I ever owned was?

The car I'm presently driving. It's a 2011 Citrus Fire Metallic Honda Element.  Drives great and I can add a hitch and haul with it. When I was young I had a '67 Chrysler I really liked. All metal and built like a tank. I spent my life savings at the time on it. (Granted, that was only $600 . . .) 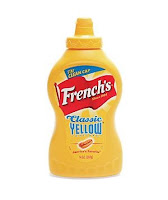 Believe in natural healing. I used to have very bad acid reflux and was on a lot of prescription medication. This medicine was causing all kinds of side effects. I'd lost so much strength in my joints, I could hard hold anything. I read where yellow mustard would cure acid reflux. I didn't really believe it, but gave it a try since the prescription medicine really wasn't working any more. I was having major chest pains at least half the nights. One week of taking a teaspoon of yellow mustard twice a day and I was off the prescription medicine. I took the yellow mustard once a day after that for a year, and I haven't had a problem since. If any food bothers me a little, I just add mustard that day and I'm okay. I was diagnosed with rheumatoid arthritis a few years ago and all pain medications make me ill, so when I heard a gluten free diet would help, I gave it a try. A week later and my pain had lessened considerably. I'm not against modern medicine, but most drugs just doesn't agree with me.

5. Where did your name come from?


Not much here about writing, but James and I recently republished a western we wrote a few years ago, Red River Ruse.  I'll draw a name from the people who comment to give an e-copy.