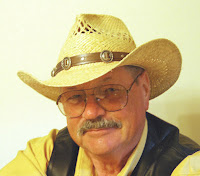 You know a bunch of us just spend the better part of a week in Las Vegas at the WWA conference. As such conferences go, it was well done and well attended. Of course, a whole raft of Western Fictioneers were there.

When it was just about all over but the shouting, I went to a panel of western songwriting. Not that I plan to write any songs, but rhythm and emphasis are just as important in prose as in poetry (or song lyrics). That’s when I fell in love. With a woman named Mary Kaye.

I’ll get to the particulars on this wonderful songstress in a moment, but let me just say that she has great vocal range, the right kind of heart for western music, and a presentation that wows any audience. 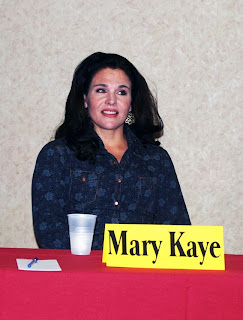 Here’s what Western Horseman says: “Some Western singers and musicians are all about preserving traditional cowboy songs. Others strive to write and sing songs about contemporary cowboy life. Utah singer-songwriter Mary Kaye Knaphus, whose stage name is simply Mary Kaye, does both well, and with an authenticity that appeals to not only purists, but also those seeking something fresh…. Known for her wide vocal range, tight vibrato and haunting yet sweet voice, Mary Kaye delivers a spellbinding, emotional vocal performance in every song she sings.” (Jennifer Denison, Western Horseman, July 2012, p. 103)

And the people at True West have this to say: “Mary Kaye has entered the echelon of great songwriters with her latest album, No Wilder Place…. The title track definitely deserved its WMA nomination for ‘Song of the Year,’ but we implore you to listen to her take on the cowboy classic 'Streets of Laredo’…. We'd love to hear her Butch Cassidy ballad in a Western film!” (True West, January 2013, pp. 24, 45) 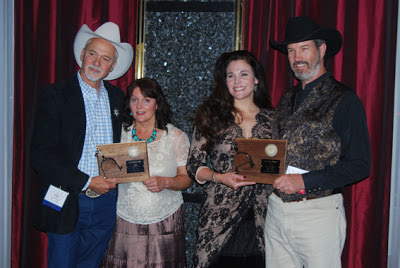 Jim Jones was a co-winner of the Spur with Mary Kaye.
She stands here with husband and manager Brad Knaphus.

Now, Mary Kaye won a Spur for her 2013 song, “Any Name Will Do.” It’s about Robert Leroy Parker, better known to some as Butch Cassidy. So, plagiarizing shamelessly from her website, Let’s just see who this woman who stole my heart is. Here’s her “medium length” bio.

Mary Kaye is a multiple award winning Western Entertainer. Her music is rooted deeply in the Western landscape her life is immersed in. She was born in Texas, raised in Texas and Mississippi, then as a young woman she "moved out West and married her a cowboy.” Her husband’s family has deep Western roots that go back six generations. Mary Kaye now resides on a century old pioneer homestead in a small Western town in central Utah where her large family is involved in cowboying, horse training, and all things Western. She has been married to her husband Brad for 26 years, they have ten children.

Recently Mary Kaye was recognized by True West Magazine as “Best Solo Musician” of the year as well as being selected to receive a Spur Award for Best Western Song from the Western Writer's of America. She also received the 2012 Song of the Year award, with cowboy poet Les Buffham, from the Western Music Association for their song, "No Wilder Place." In addition, she is the Academy of Western Artists' 2011 Western Female Performer of the Year and the Western Music Association’s 2010 Female Vocalist of the Year.

Mary Kaye's album, No Wilder Place, has received excellent reviews in Western Horseman, American Cowboy, and The Western Way magazines. Additionally, No Wilder Place debuted on the Western Music Charts at #1. Her 2010 release, Clean Outta Luck, went as high as #4 on the Western Music Charts, stayed on the charts for 12 months, and garnered a Song of the Year nomination. Mary Kaye's album, The Real Thing, was partially recorded in Nashville. It contains 13 original songs and launched her career as an award winning singer-songwriter. 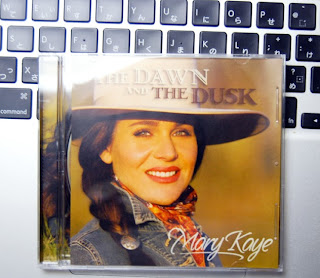 Photo taken just now on the keyboard of my laptop.

Mary Kaye tours extensively and in 2012 performed in 11 Western states. It is said that the spirit of the West sings in every soul. Mary Kaye believes this and shares this spirit in every performance.

Here’s something else you will not believe. Mary Kaye’s into her 27th year of a happy marriage, and she has 10 (count them . . . oops, said that already) children. My hat is off to this woman, a pillar of strength, as a western woman should be.
Posted by ChuckTyrell at 12:31 AM