Troy Smith here. Today, Wayne Dundee has graciously agreed to talk a bit about his works available from Rebecca Vickery's WESTERN TRAIL BLAZER imprint. I'll turn it over to Wayne in a minute, but first I want to say a few words about HIM.

Wayne has been a force in the crime fiction genre for some time, but in just the past few years a lot of us have discovered him to be one of our favorite western authors, as well. In 2010, the first year of the Peacemaker Awards, Wayne's "This Old Star" won for best short story. The next year, his first western novel, Dismal River, won for -well, best first western novel. Then this year he won another Best Short Story Peacemaker, for "Adeline." 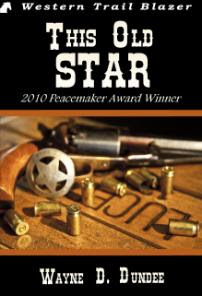 I just wanted to throw all that in, because it oughtta be said. Now here's Wayne, to talk about WTB. 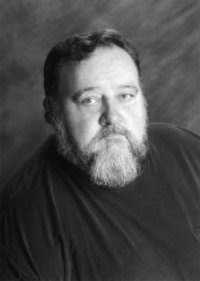 On the long and rocky road that I laughingly refer to as my "writing career", I have dealt with a handful of different editors and publishers. For the most part (putting aside the subject of copy editors), these dealings have been pleasant enough—except for those occasions when my sales didn't warrant continuing a business relationship.
But I have never come close to dealing with anyone more personable or genuinely charming than Rebecca "Becca" Vickery and her staff at Western Trail Blazers. Having only just broken into the Western genre a few months prior, with the publication of my first novel, I submitted a novella entitled "The Grave of Marcus Pauly" to WTB for consideration as part of their Dime Novel line. In this age of e-mails, I heard back very promptly from Becca and was delighted to hear she wanted to publish "Grave". That was in June of 2011. In quick order, Becca also accepted two more works I submitted: "O'Doul", another short Dime Novel; and HARD TRAIL TO SOCORRO, my first novel-length work for WTB and the first title in my Bodie Kendrick – Bounty Hunter series. These all appeared in 2011, and another Dime Novel, "This Old Star", came out in 2012. [Note: "This Old Star" originally appeared in a 2010 anthology, Bad Cop...No Donut (Padwolf Publishing.)] 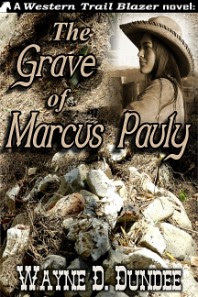 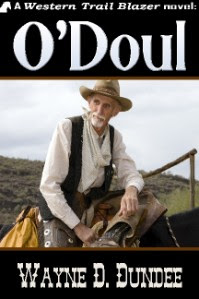 "O'Doul" spent a nice amount of time in Amazon's Top 100 sales ranking for Westerns, and I often joked that I wished to heck I hadn't killed off the title character by the end of that tale. But, alas, it was too late. My Bodie Kendrick character, however, I definitely did not kill off in HARD TRAIL TO SOCORRO. He was planned right from the get-go as an ongoing series protagonist. And while HARD TRAIL didn't enjoy much time in the Top 100, its sales were nevertheless encouraging enough for me to continue with more adventures featuring Kendrick. Hence, RIO MATANZA appeared in 2012 and Book #3 in the series, DIAMOND IN THE ROUGH, came out just last week. 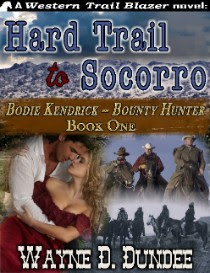 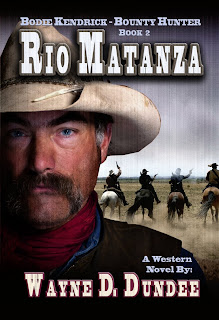 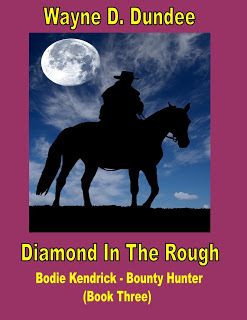 I can't overstate the importance Becca and WTB has been to my writing in the Western genre. Through much of it, Becca has been fighting health issues yet in no way has this affected her charm or professionalism. The prayers and best wishes—certainly including mine—of all who know Becca on a personal or professional level (and the two are really one and the same) are with her in her brave battle. When the battle is won, I look forward to working more with her in the future. The world of Western fiction needs Becca and WTB.
﻿
Persevere-   Wayne Dundee

Note: To find all these works and many more, check out Wayne's Amazon Home Page and check out his BLOG