Changing a Title and Cover After Publication 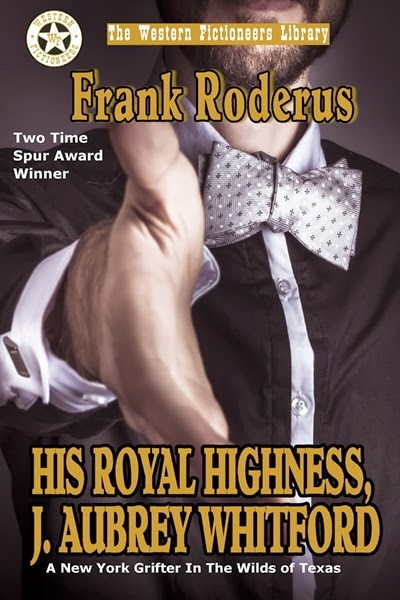 When browsing on Amazon or some other e-book retailer, the first three things that the buyer sees are the cover, the title, the author's name. You hate to change those things after publication, but when a book isn't selling and all the other books by the author are selling well, it only makes sense to try something new.

The Western novel HIS ROYAL HIGHNESS J. AUBREY WHITFORD wasn't selling like all of Frank Roderus's other westerns.  Both the title and the cover fit the book, but neither immediately says western, and this is a western. Frank's main readership are western fans. Frank, being the agreeable sort he is, agreed to let me change the title and cover of this reprint to see if that would improve sales.

HIS ROYAL HIGHNESS J. AUBREY WHITFORD is now TEXAS DOUBLE-CROSS and in the one week since the change has sold more than it did the entire month before. 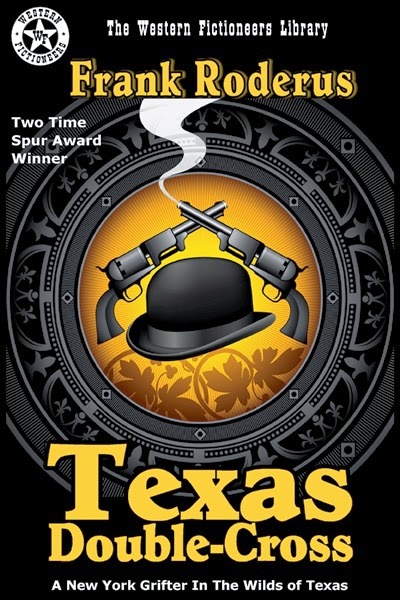 If something isn't working, never be afraid to try something different. The new title and cover both let the reader know right away this is a western. Always add in the description what the original title was so fans won't buy the book twice, and you can expect a few returns because the description wasn't read.

What are your feelings about changing titles and covers after a book has been published?

J. Aubrey Whitford is a natural-born con man, so when he finds himself stranded in the wilds of Texas his first instinct is to figure out a way to fleece the citizens of that rugged frontier. He doesn't know that his efforts will soon land him in a dangerous game involving outlaws, Indians, and the U.S. Cavalry, with his only way to survive—and maybe even profit—being a perilous masquerade as a visiting British nobleman.

TEXAS DOUBLE-CROSS was originally published as HIS ROYAL HIGHNESS, J. AUBREY WHITFORD. This novel is a rollicking comedy adventure with darker edges from one of the master storytellers of the Old West, award-winning author Frank Roderus. See why Roderus is one of today's best-selling Western writers in this classic novel now available again from the Western Fictioneers Library.