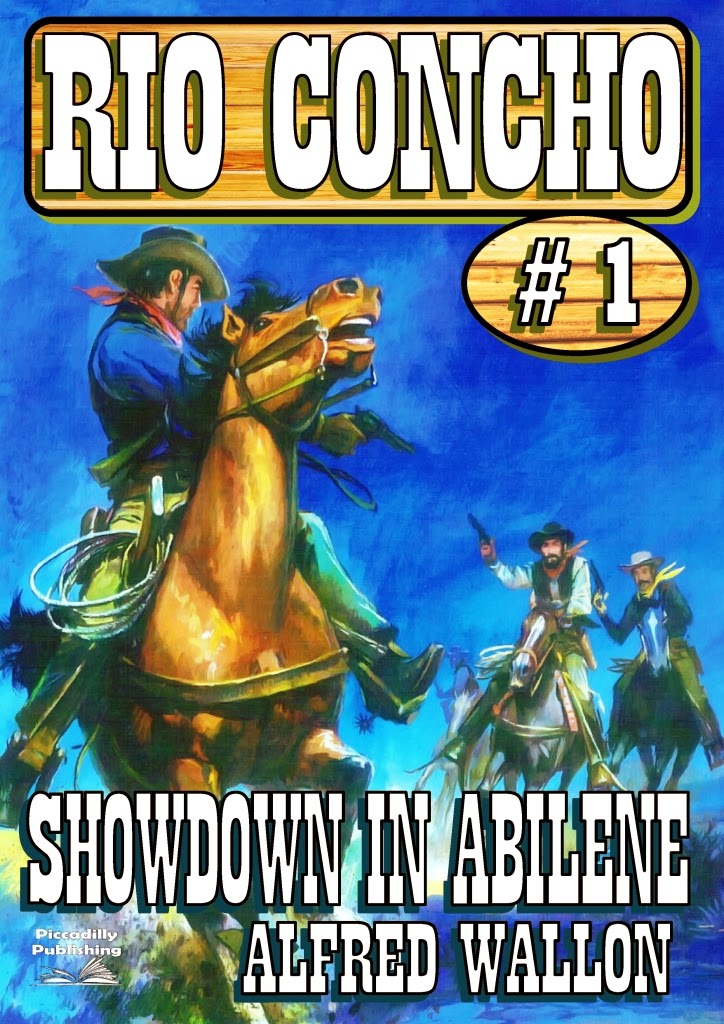 Turning even well-behaved drovers loose in nineteenth-century Abilene after a cross-country cattle drive is a recipe for trouble. Add the still-wet-behind-the-ears son of a powerful Texas rancher and a gang of thugs with designs on other people’s money, and something’s bound to explode.

It does, in Alfred Wallon’s Showdown in Abilene, the first in the Rio Concho series of western novellas.

Wallon’s cowboys are basically good guys, if more than a little rough around the edges. They really do want to stay out of trouble. Trouble dearly loves them, though, following them around like an adoring puppy. For three books (so far), the men of the Rancho Bravo in Texas get into one scrape after another. Through dust-ups with townies, Indian attacks provoked by outside forces, and sundry duels to the death with villains of all stripes, the Rancho Bravo cowhands and those they embrace as friends stand like pillars of granite, ready to face whatever the wild landscape throws at them next.

The Rio Concho series calls to mind both Karl May’s Eurowesterns and the American pulps of the mid-twentieth century: pure escapist entertainment based on enduring romantic notions and high on drama. Wallon, who is German, grew up glued to classic western TV shows made in America. His stories reflect that tradition. They’re different from the western fiction written by many contemporary Americans. That’s not a bad thing. The author has a finely tuned sense of — and an undeniable reverence for — the kinds of stories most Americans of a certain age read and watched growing up, in which the residents of the West were as big and bold as the territory they roamed, if not always entirely realistic. There’s nostalgic charm in Wallon’s West. 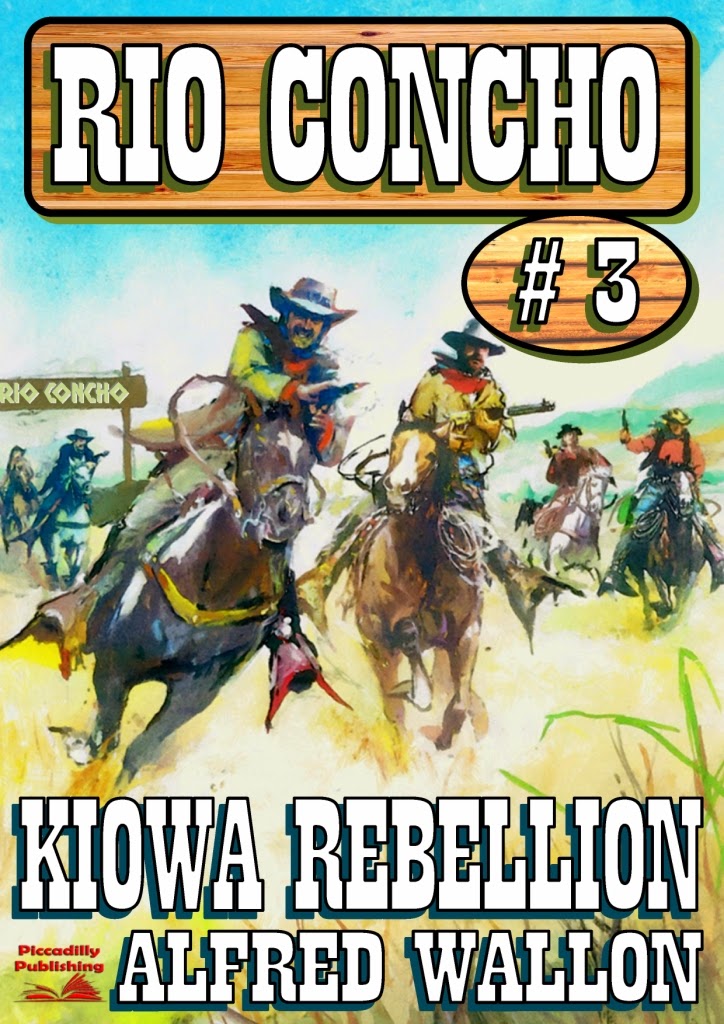 Some caveats: The stories were written in German and translated into English; consequently, some artifacts of translation can be distracting. In a few spots, German words slip through. Perhaps there were no literal English translations. Likewise, the occasional dip into German grammar — which sometimes differs from American grammar in the relative placement of the various parts of speech — can lead to unintended amusement. In other spots, primarily in dialogue, the colloquialisms I suspect Wallon intended didn’t translate well. A few anachronisms (“red-light district” for example) may bother history purists, and Texans may chafe at the apparent relocation of the historic Brasada region from far southern Texas to West Texas. (In fairness, Texas is an enormous state. Its geography confuses even those of us who live here.)

None of the minor idiosyncrasies destroy the read, and they certainly don’t diminish the author’s palpable love for his subject. The camaraderie among western historical fiction writers and readers increases when one realizes how the American West continues to capture the imagination of people worldwide. Thank goodness it does.

Admirers of classic pulp westerns will find much to enjoy in the Rio Concho series. At about sixty pages each, the stories are short and easily digested in one sitting. Full of action and quirky characters, the books continue an honorable tradition. Kudos to Wallon for keeping a disappearing art form alive.


Kathleen Rice Adams is a Texan, a voracious reader, a professional journalist, and an author. She received review copies of the first three books in the Rio Concho series from the author. Her opinions are her own and are neither endorsed nor necessarily supported by Western Fictioneers or individual members of the organization. Links in the review are for convenience only; they do not produce affiliate revenue.