Not Every Good Deed Goes Unpunished

It could be said, the only good thing Crawford Goldsby did in his short, miserable existence was to aid a fellow inmate in getting a presidential pardon.

Maybe in today’s society some folks would say he didn’t have much of a chance in life, but I’ve always felt one’s personal destiny is a matter of choice, not chance. Some contemporaries of Goldsby, men with perhaps even worse starts in life, stand as shining examples of rising to personal greatness by choice: Bass Reeves, Quanah Parker, George Washington Carver come to mind.

Crawford was born in 1876 to mixed race parents. His father, an ex-slave from Alabama, was a Buffalo Soldier with the 10th Cavalry in Texas. His mother was a Cherokee “freedman” with Indian, African, and European ancestry. Early in his childhood Crawford’s parents split-up, and his mother moved to Fort Gibson, IT. The boy was sent off to “Indian schools” in Kansas and Carlisle, Pennsylvania, but formal education didn’t take with him, and he returned to Fort Gibson. The rest of his short life he remained functionally illiterate.

At age twelve, Crawford killed his first man. In an argument over doing some chores, the boy grabbed a gun and shot his brother-in-law, although he was never prosecuted due to his age. Having already committed murder, Crawford didn’t have anywhere to go but down, so he fell in with a bad crowd, started drinking, and actively took up the life of an outlaw.

By the time he was eighteen, Goldsby shot another man, and joined up with the notorious Cook brothers, Jim and Bill, running whiskey into Indian Territory, which was, of course, illegal. After recruiting other outlaws into their gang (one of whom was the young rookie outlaw Henry Starr), the Cooks and Goldsby, who by then had acquired the moniker “Cherokee Bill,” advanced their outlawry into bank and other armed robbery with a ruthless touch—shooting anyone they felt like.

While still eighteen Goldsby, a.k.a. Cherokee Bill, shot and killed his second brother-in-law, this one in the back. By then he also had another killing to his credit, a lawman who’d been part of a posse chasing the Cooks and Goldsby.

The coldblooded Cook Gang continued to terrorize eastern Indian Territory robbing mercantiles,
banks, trains, and depots. In one instance, while robbing a store in the town of Lenapah, an innocent passerby stuck his head in the door to see what was going on only to have Goldsby shoot him between the eyes.

The law finally caught up with Cherokee Bill in January, 1895 and shipped him off to the federal court and jail in Fort Smith, Arkansas whereupon his crimes--most notably the murders--got him convicted, and promptly sentenced to hang by Judge Isaac Parker. That’s where he did his one good deed in his life…sort of.

Cherokee Bill planned an escape from the infamous Fort Smith jail. It was a simple plan: to shoot his way out. He had an accomplice. History isn’t certain who, but he or she somehow snuck a pistol to the killer. The plan got as far as Bill killing one of the guards, then it became a standoff. That’s where Henry Starr came in. It so happened at the time he was in the jail, too, and because he and Goldsby had once been trail mates, Starr volunteered to try to disarm Bill. The deal was, he’d see if he could get the killer to give up, if the guards would promise to not shoot Bill afterward. Starr succeeded. They didn’t shoot Cherokee Bill that day, but they did hang him six months later, as appointed.

Several years later, when Starr was serving time in a federal prison in Ohio, the story of his heroic intervention at the Fort Smith jail with Cherokee Bill made it to President Theodore Roosevelt’s desk, and for his actions, the president gave Starr a pardon.

The day twenty-year-old Crawford “Cherokee Bill” Goldsby stood at the gallows in Fort Smith, the U.S. Marshal asked him if he had any last words. Bill looked out at the crowd who usually gathered for these executions, and said, “I come here to die, not make a speech.” And he was then hung until dead. 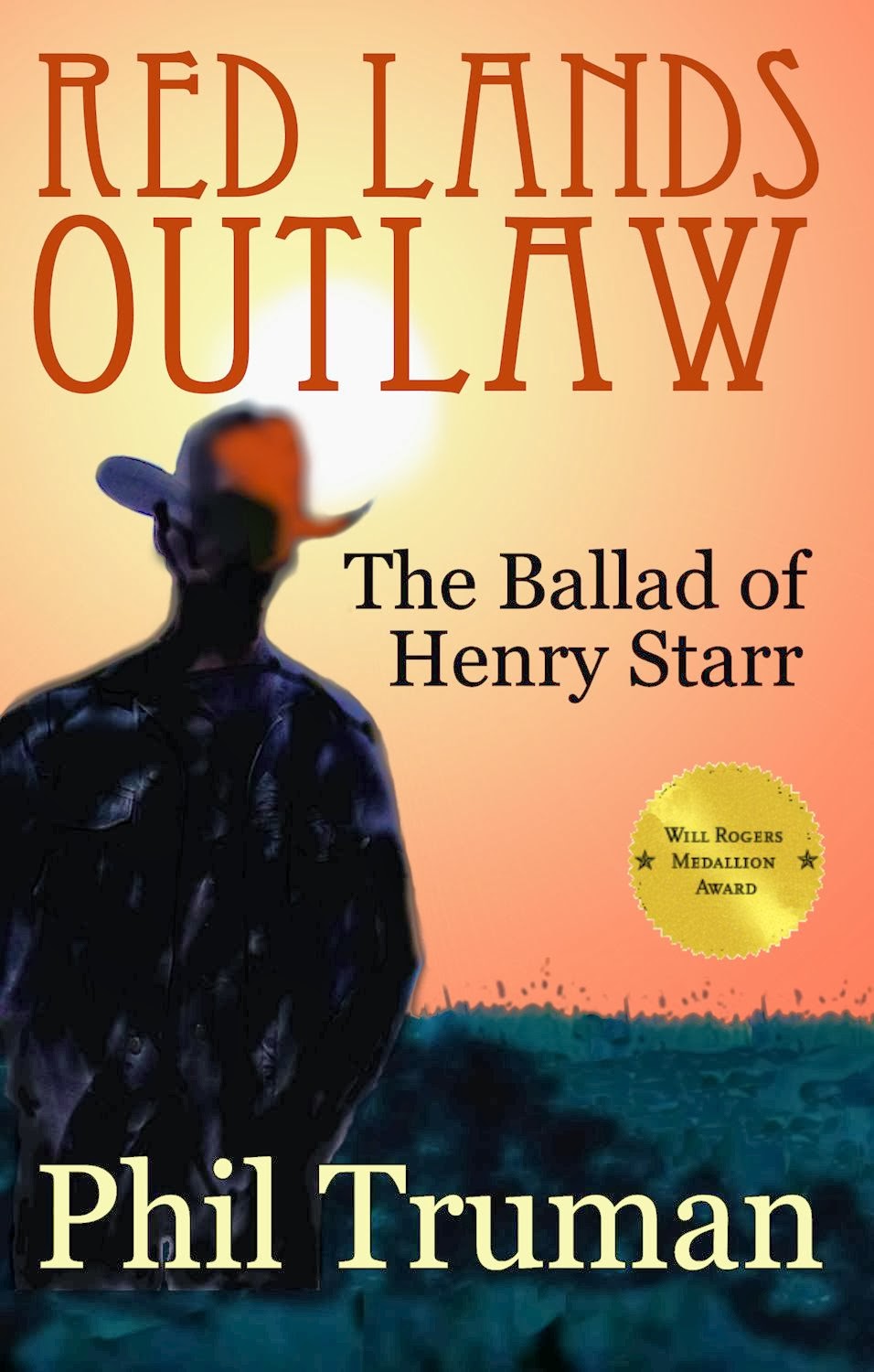 You can read the fictionalized account of the Ft. Smith jailhouse meeting between Cherokee Bill and Henry Starr in Phil's award-winning novel,  Red Lands Outlaw, the Ballad of Henry Starr. Other novels by Truman include GAME, an American Novel, a sports inspirational about small town schoolboy football, and Legends of Tsalagee, a mystery/adventure in a small town. His western short story “Last Will for an Outlaw” appears in LaFrontera Publishing’s anthology, Dead or Alive, released June 2013.