A HISTORY OF WESTERN UNION by Meg Mims


First off, a confession -- which I'm sure you've heard before from me. I'm an Eastern greenhorn, and this month I was stuck for a blog topic. So I opened up Google and typed "western" and voila! What did I see that seemed interesting? Western Union. Yep -- what is it? Oh, sure, it's the telegraph. But beyond that, I didn't know much. The poles were raised before the transcontinental railroad, but when? And what is Morse code all about?

So I started digging. First -- the telegraph machine. In 1836, an artist Samuel Morse worked with physicist Joseph Henry along with machinist and inventor Alfred Vail to develop the instrument that used electric current -- whoa! Electric current? Why didn't people use electricity to light their houses and shops back then? Their streets? Guess I forgot that batteries were invented around 1800 -- which built upon good old Ben Franklin's kite experiments, and his coinage of terms like charge, plus and minus, positive and negative, conductor and condenser. But electrical charges go back to ancient Greece, when philosophers noted static electricity but couldn't explain it. 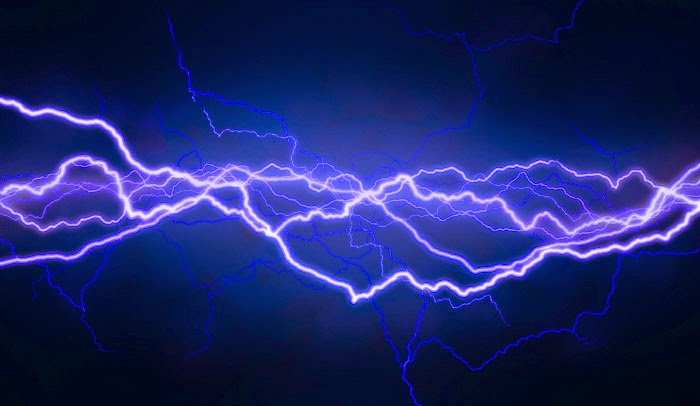 Okay, back to the telegraph machine, which sent electric current in pulses -- short and long -- along wires. The receiver has an electromagnet, by the way, but of course cannot transmit language itself. The electromagnet was invented by William Sturgeon in 1825, and that paved the way to the invention of both the first electric motor and the telegraph.


Morse and Vail had to invent a code, therefore, that translated letters and symbols plus the silence between them. Morse and Vail first operated the line between Washington, D.C., and Baltimore. Vail improved the sending key, relay magnets and recording registers, while Morse took the credit for the code. But few people have ever heard of Alfred Vail -- and no, he didn't lend his name to Vail, Colorado. Poor Alf.

Back to Western Union, which began as the New York and Mississippi Valley Printing Telegraph Company in 1851. How's that for a mouthful? Within four years of operation, the company changed its name to Western Union. Why, you might ask? Consolidation -- the western-most areas of the U.S. telegraph system joined with the original telegraph line under the company. And by 1861, a mere decade later, Western Union had finished building the transcontinental line of wires across America. It could very well have lit a fire under those who wanted a railroad to link up the two coasts.

In fact, 1869 brought the first stock ticker -- giving Wall Street a boost -- and two years later, money transfers over the telegraph line boosted business transactions. Wow, that must have helped ratchet the industrial leaps through the rest of the 19th century. Is this a big deal? Consider how communication happened before the telegraph, come on! It's a very big deal. 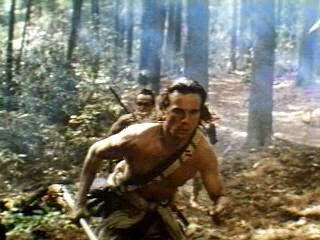 Telegraph means "to write" and "at a distance" (like telephone means to speak at a distance). Think of how much easier communicating during the Civil War must have been (although they still used couriers, of course) compared to the War of 1812 -- remember the scene in The Last of the Mohicans, when runners took messages through the Indian-infested woods? Uh huh. Didn't make it, did they? Try a passenger pigeon -- in medieval times, trained hawks could bring them down, cutting messages off in the same fashion. How about smoke signals? Passable, depending on the weather -- try sending a message that way in a thunderstorm. Ha.

Flag waving? Same problem. Beacons of fire? Lighthouses used beacons, via whale-oil lanterns at first -- in 1716, a lighthouse in Boston was built, but the British blew it up during the Revolutionary War. (It was rebuilt, however, in 1783.) Sandy Hook Lighthouse -- the oldest working lighthouse in the U.S. -- celebrated its 250th anniversary on June 11th when the beacon was first lit in 1764. And Fresnel lenses improved the beacons, fueled by kerosene, until electricity was introduced in the early 1900s.

But this post isn't about lighthouses, or signal flags (also used in maritime history) or beacons of fire lit on the Mountains of Gondor like in The Return of the King to ask for Rohan's help in fighting the hordes of Isengard... oh, all right. Can I help it if I loved Tolkien's Middle Earth saga before I ever saw John Wayne in True Grit? I'll drag myself back to the real world -- and American western history. Remember, even the Pony Express didn't last long. The horses are thankful of that. Trains quickly followed the telegraph wires across America. Here's a 1911 chart of the code Morse invented -- and operators learned to listen and interpret.

Telegraph operators out west usually did double duty -- to add to their wages, of course, which helped offset the danger of working alone in a station with the danger of Indian raids or plain loneliness. They would work for the railroad and even the Railway Express, and then Western Union. 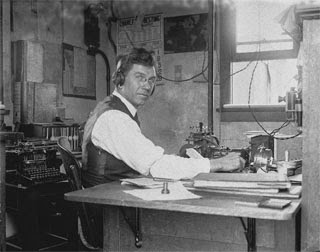 The first singing telegram didn't happen until the 1930s, after Western Union introduced the first customer charge card. Wow, another innovation that spurred on credit cards and fraud craziness of today. Western Union operated throughout the 20th century, however, despite the huge leaps of computers. In fact, the last telegram was sent in January of 2006! I had no idea.

But without the telegraph and Western Union, American inventors would never have pushed communication forward to cell phones and modern emails of today -- and "social media" like Twitter, Facebook, even blogs like this one! How cool is that? I know, some of you are probably groaning. Social, ha. Horse patootie.

Well, I think it's a good thing. I wouldn't want to climb that huge wood pile and get burned up, trying to light the silly thing, like Pippin.

Oh, all right!! Back to Western Union, with thanks to William, Ben, Sam and Alf as well. I wonder what's next after blogging and email? Hmm.

Award-winning mystery author Meg Mims lives in Southeastern Michigan with her husband, a 'Make My Day' Malti-poo dog and a sweet Lhasa Apso-mix rescue dog -- the "hero" of her Christmas novella Santa Paws. She loves writing novels, short novellas and short stories, both contemporary and historical.

Meg earned a Spur Award and a Laramie Award for her Double series and is also one-half of the D.E. Ireland team writing the Eliza Doolittle & Henry Higgins Mystery series for St. Martin's Minotaur. You can find her on Twitter, Facebook and Pinterest.

Sources: Railswest Western Union history
Posted by Meg at 3:00 AM