THOSE THRILLING DAYS OF YESTERYEAR . . . By Tom Rizzo


Every morning before dawn, I strap on an arm band that holds my iPod, slip on a pair of wireless earbuds, and head to the streets to walk for an hour or so.

But, I'm not listening to music. On my iPod are more than 1,500 Podcasts--mostly old radio shows of every genre you can imagine. Many of the Podcasts are old time radio Westerns. These programs are great sources of entertainment. Not only do they help pass the time on my walks, they keep me connected to a past that required listeners to make full use of their imaginations. 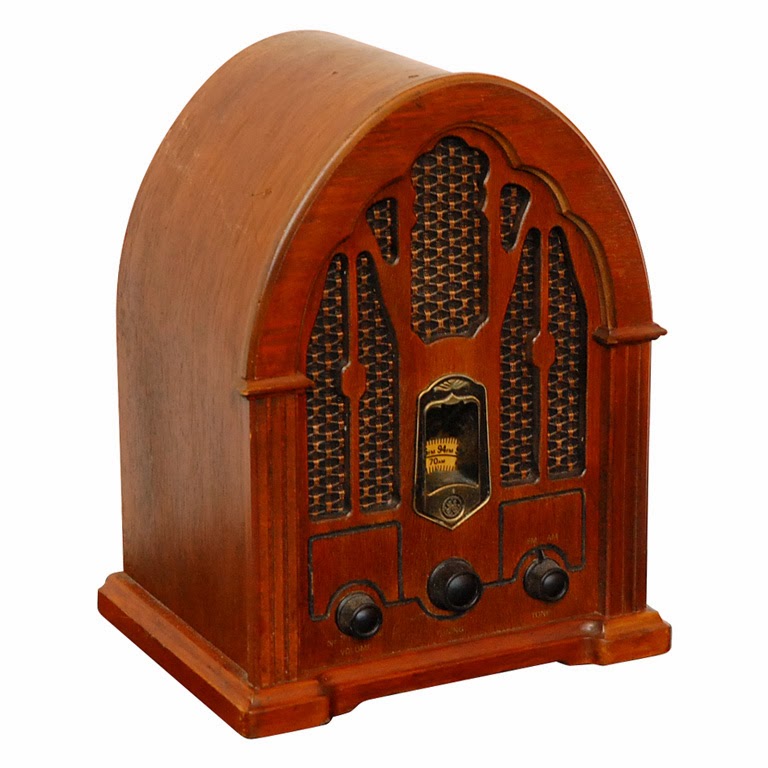 The actors were outstanding. Sound effects functioned as effective imagery, appealing to a range of human senses that helped deepen the audience's understanding of story.

One moment, you may hear dialog exchanged with the sound of a babbling mountain stream in the background. Or, the dramatic sound of gunshots exchanged in a fierce battle between the good and the bad guys.

Sometimes, all that was needed to set the stage for the right amount of tension or suspense was the sound of a character's breathing.

There were other sounds too. Doors being opened and closed. Coffee or liquor being poured. Horses galloping across the radio dial. The crackle and pop of a campfire. A dog barking. Maybe a baby crying. Based on dialog, sound effects, and scene-setting musical scores, listeners were able to add their own splashes of color and strokes of reality across a canvas of the imagination.


I didn't realize how many different Westerns were available back when radio was king. Among them: In the Fifties, the western improved its entertainment value when writers created more complex story lines, laced with psychological motivations for the protagonist and antagonist.

Dubbed adult westerns, these radio dramas were often referred to as "the thinking man's western"--the antithesis the traditional shoot-em-up style of western.

The actors, of course, were key to the success of these mostly 30-minute productions. If you listened to a lot of radio, you'd eventually hear the same voices on multiple productions. But, you had to pay attention. Most of these men and women were skillful enough to alter their voices so they matched the theme or genre of a particular program.

For this month ... a snapshot look at three of the most skillful radio professionals.

The program is considered by many the greatest radio drama ever primarily because of its authenticity, thanks to superb acting and creative sound effects.

It is difficult to imagine anyone else but Conrad playing radio's Marshal Matt Dillon. Thanks to his deep, resonant voice and veteran acting skills, he brought an unparalleled believability to the part.

Before taking the role, he was already a prolific radio actor. In fact, he almost didn't land the role because of his extensive exposure on other radio shows.

Conrad narrated the radio drama anthology, Escape, on which all the Gunsmoke regulars happened to work. He also served as narrator for the TV shows, The Fugitive, The Invaders, Tales of the Unexpected, Rocky and his Friends, and The Wild World of Animals. In all, he worked in more than  7,500 radio productions.

When producers turned to James Arness to play Dillon on the TV series, it deeply upset Conrad. But, his short and heavy physical stature worked against him for what producers had in mind for the TV version.

Before taking on the role of Matt Dillon, Conrad made his motion picture debut in the 1947 film, The Killers.

Conrad eventually made it to theTV screen. He played the featured role in Nero Wolfe, as well as the district attorney lead in Jake and the Fat Man. Conrad also starred as detective Frank Cannon in Cannon. After it was cancelled, he remarked, "Cannon was crap. I was delighted to see it canceled."

And, Conrad once served as the voice of The Long Ranger on Saturday morning cartoons.


Have Gun Will Travel opened September 1957 on television first--one of the few such instances. The radio show debuted more than a year later in November 1958. 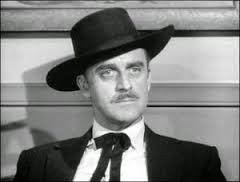 HGWT featured a gun-for-hire by the name of Paladin who tried to resolve any assignments he accepted in a peaceful way, preferably without violence.

Frontier Gentleman revolved around a character named JB Kendall, a disgraced British Army officer on personal exile in the West. The show lasted only one season, a victim of television's growing influence.

Dehner, before hitting the airwaves, worked a variety of jobs. They included WWII army publicist, disc jockey, pianist, and animator. He once worked for Disney as an Assistant Animator. In fact, he drew the owl sequences in Bambi, and the Beethoven sequence in Fantasia.

He certainly ranks as among the best radio actors. But, based on his background and accomplishments, Dehner had the talent and commitment to be the best at whatever career he chose.
After leaving Disney, he joined the Army where the military made full use of his language and media skills in a public relations capacity.

After the service, he went into radio as an announcer, news reporter, and news editor in California. Dehner, in fact, won a Peabody Award for his coverage of the first United Nations Conference.

But he followed his heart into acting and, along the way, appeared as a cast member in nearly every network prime-time hit. His versatile voice and acting skills kept him among the busiest radio performers in the industry.

Dehner played characters in a number of radio westerns as well as old time radio shows such as Suspense, Johnny Dollar, Phillip Marlowe, Let George Do It and Rogers of the Gazette.

But after the accidental death of Earle Graser in 1941, Beemer assumed the role of the masked legend of the Plains. Return with us now to those thrilling days of yesteryear . .  .

The program, which debuted on WXYZ radio in Detroit, ran for hundreds of episodes between January 1931 and September 1954.

He got his first radio job in 1922 in Indianapolis, Indiana, and happened to be the first ever radio personality to broadcast the Indy 500.

Beemer lent a booming voice to the part of the Lone Ranger. He stood six-feet-three, and personified the values and ideals that producer George W. Trendle and writer Fran Striker wanted to communicate through a character who played hardball with the lawless, but demonstrated understanding and kindness towards the law-abiding.

Beemer's size worked for and against him in one instance. Larger than most young men of his age, he managed to enlist in the Army and serve with the America Expeditionary Forces during World War I. He got wounded in combat, sent home, and discharged when officials discovered he was only 14.

Since Beemer played the role longer than anyone else, he's the most famous of the Lone Ranger actors. In fact, his voice was so closely associated with the role that Clayton Moore - who played the masked man on TV, imitated Beemer's speech patterns in the early episodes of the TV series.

Listening to these old, and sometimes scratchy, radio shows helps release the neurons of nostalgia.

I remain amazed at the production quality of some of these old Westerns and other programs. Not only the acting, but the skill in blending sound effects that provided for a much richer listening experience.

But, the real truth is that it's still so darn much fun to listen.

An Internet search will reveal countless sources from which to download recordings of these shows. Here are three different sites to start, if you're so inclined.