What would a wild west movie be without ‘em? Or even The Big Lebowski? They add just the right touch of desert desolation to a sound stage ghost town. Iconic lonely wanderers skittering across the screen…such a perfect metaphor for the drifting cowboy, ever restless and never tarrying long.

They’ve been immortalized in song. “See them tumbling down, pledging their love to the ground…” A strange lyrical image, if you ask me but, hey…whatever rhymes, right?

We know and love them (or not) as tumbleweeds. The botanical name is Salsola Tragus, or Russian thistle. Many a disgruntled farmer would smugly opine no surprise that the Russians might be behind this nefarious fence-clogging, crop-invading weed.

As you might guess from the name, Russian thistle is, indeed, not from around here. It sneaked over in bags of flax seed brought to South Dakota by immigrants in the early 1870’s. There was a conspiracy among the local farmers that the Russian immigrants, many of whom were Mennonites, had the noxious plant shipped over to protest frontier prejudices against them. The U.S. Secretary of Agriculture conducted an investigation and everything. Eventually, it was ruled a horrible accident rather than an act of botanical warfare.

Conditions in the arid and open plains proved to be perfectly conducive to total tumbleweed domination. As the plant matures, it breaks off at the main stem and hitches a ride on the wind, dropping as many as a quarter million seeds on its journey. (Yes, that’s from ONE tumbleweed.) The seeds are not picky about things like soil pH, minimum rainfall or hardiness zones so it isn’t long before the seedling goes from this innocent little tyke: 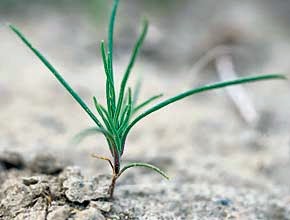 to this unassuming shrub: 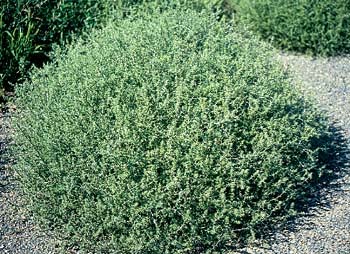 Here is a map of Russian thistle distribution in the United States. It does not reflect the degree of invasion, only the presence of Russian thistle variants. While the wild weeds still prefer the Wild West, as you can see, about the only places you won’t find some version of these ornery thistles (they love to merge with other subspecies) are in the Everglades and the Great Lakes. 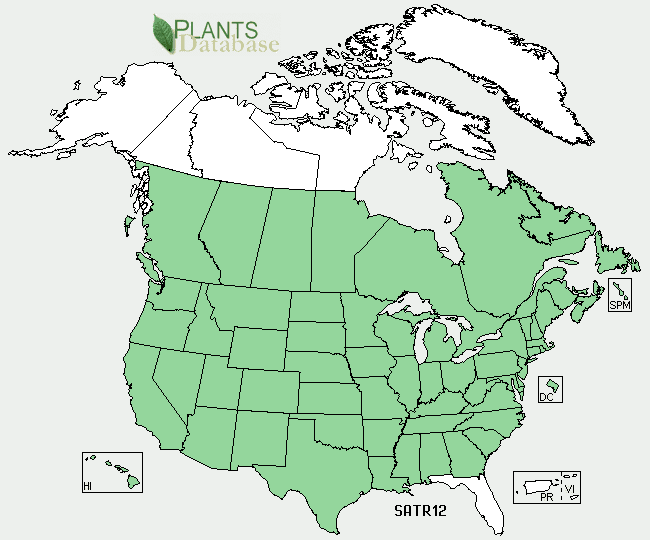 Tumblin’ tumbleweeds can easily take paint off a car, thanks to their spiny branches, and can self-stick into huge piles, creating fire hazards and navigational bothers. In January of this year, the citizens of Clovis, New Mexico, awoke to find themselves buried in tumbleweed drifts. It took the city weeks to dig out of the mess.

The U.S. Department of Agriculture has tried many Russian thistle “management” measures to no avail. The current research is centered around various weevils, caterpillars and tiny insects called “blister mites,” which feed specifially on the thistle. (Just a little word to the D of A here: Y’all might want to be careful about introducing something called BLISTER MITES into an already bad situation.)


Since you are all probably humming "Tumbling Tumbleweeds" by now, here are some interesting links. For the purists, The Sons of the Pioneers with classic western harmony:

As a wild card bonus, here are the Supremes with their Motown version. (What? You don't own The Supremes Sing Country, Western and Pop?)


Until next time, lonely but free I’ll be found, drifting along with the Salsola Tragus…

All the best, VM

NEW FROM WESTERN TRAIL BLAZER!
THE GUNFIGHTER'S GIFT BY VONN McKEE
"Pap rides in on Wilhelmina's birthday, giving her a mysterious blue box and maybe even his 'gift' with a gun..."

Available on Amazon here!
Posted by Vonn McKee at 12:00 AM