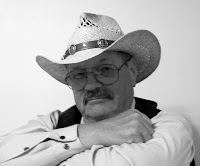 I’m going to take us away from Westerns for a moment.

One of the most popular series of historical novels is Bernard Cornwell’s Sharpe stories.

Richard Sharpe is the son of a whore. A smart one and a tough one. And he rises through the ranks to become an officer, unusual but not unheard of in Wellington’s armies.

Sharpe has a plethora of enemies, but none quite so wicked as Obadiah Hakeswill.

Sergeant Hakeswill recruited Sharpe into His Majesty’s Army, and was forever (until he died) Sharpe’s nemesis. So what does Cornwell have to say about Hakeswill? I quote: 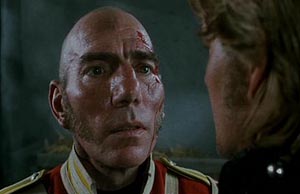 Obadiah Hakeswill, the Sergeant who had recruited Sharpe into the army, the man who had caused Sharpe to be flogged in a dusty Indian square. Hakeswill.

The man who had Harper flogged earlier this same year, who had tried to rape Teresa, Sharpe’s wife, who had held a saw-backed bayonet at the throat of Sharpe’s baby daughter, Antonia. Obadiah Hakeswill.

How wicked can you get?

A wicked description? I quote:

The head twitched on its long neck. The spittle dropped in a glittering cartwheel from his mouth. He hawked, spat, and shuffled sideways. This was the man who could not be killed. He had been hanged when he was twelve. It was a trumped-up charge of stealing sheep, trumped-up because the vicar whose daughter young Hakeswill had tried to molest did not what to drag his child’s reputation in the mud. The magistrates had been happy to oblige.

He was the youngest of all the prisoners being hanged that day. The executioner, wanting to please the massed spectators, had not given any of his victims a neck-breaking drop. He had suspended them slowly, letting them hang and throttle themselves to death, letting the crowd enjoy each choking sound, each futile kick, and the executioner had tantalized the crowd by offering to dug on the ankles and responding to their shouts of yes or no. No one cared about the small boy at the end of the gibbet. Hakeswill had hung, feigning death, cunning even as he slipped into nightmare-ridden darkness, and then, before the end, the heavens had opened.

I’ll let you read Sharpe’s Enemy to find out what happened. But let me tell you, it was totally wicked. 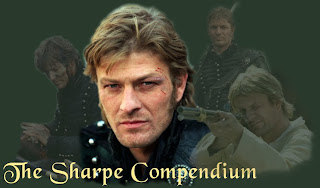 He deserted. Then turned up a colonel. Right. I quote:

“A pleasure, yes?” Hakeswill laughed at Sharpe. “Got to cll me ‘Sir’ now! Eh?” He took off the bicorne hat so that his hair, grey now, hung lank over the yellow skin. The eyes were china-blue in the ravaged face. He looked past Sharpe. “Got the bloody Irishman with you. Born in a pig-sty. Bloody Irish muck!”

Wicked Hakeswill. Wicked. And Cornwell knows well how to make us hate him, too. 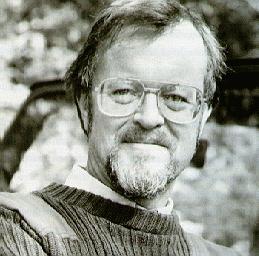 That is quite important, I think. The wicked enemy needs to be terrible, very cunning, able to wiggle through loopholes, butter up his (or her) superiors, look down upon anyone weaker, treat those weaker ones like scum . . . you get the idea.

Happy Wicked Wednesday.
Posted by ChuckTyrell at 8:45 AM