Karen Michelle Nutt: Legend and Myth of the Cowboy

Legend and Myth of the Cowboy
by Karen Michelle Nutt
Whether it is a John Wayne classic, or the Alias Smith and Jones TV series where a pair of cousin outlaws try to reform, or the lighthearted fun of the Apple Dumpling Gang, westerns have fascinated people of all ages. What is the fascination? Is it the time period? The shootouts? The wide-brimmed hat? 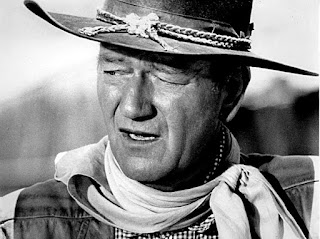 I tend to think it stems back to our love for myths, legends, and folk tales. It’s the quest that calls the cowboy to take on the adventure. They have a sense of justice and chivalry the knights of medieval times once had. They’ll go out of their way to defend a woman or a child’s honor. They stand for what is right and work toward stomping out evil. 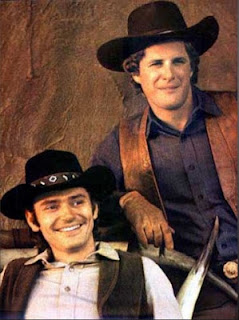 However, that’s not all that draws the attention. Who can ignore JohnWayne’s confident swagger, the cool demeanor of Bret Maverick played by James Garner? The sweet-talkin’ Luke Macahan played by Bruce Broxleitner in How the West Was Won had me dreaming about cowboys. Hannibal Heyes played by Pete Duel in Alias Smith and Jones was my first cowboy crush. At nine years old, I couldn’t resist his mischievous smile, and today I still get a kick out of watching the show. 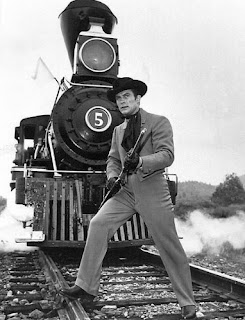 Westerns with a sci-fi or paranormal twist fascinate me as well. Nathan Fillion as Malcolm Reynolds in the western space drama Firefly is a rugged outlaw, who still does the right thing at the end of the day. Steampunk cowboys are a favorite of mine, too. The Wild, Wild West falls into the western steampunk category, and aired long before steampunk became a known genre. James T. West (Robert Conrad) was fearless and handsome in his cowboy hat. He sure knew how to fight off bad guys. Artemus Gordon (Ross Martin) was the brilliant gadgeteer and master of disguises. Gotta love them both.
Sheriff, gambler, outlaw, steampunk adventurer- my heart skitters a beat or two faster when the man donning a cowboy hat strolls into town.
Steampunk, Cowboy Hats and Gadgets 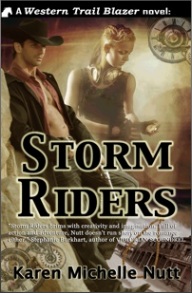 My steampunk historical western, Storm Riders, takes place in the mining town of Bodie, located in California. The Storm Riders ride the storms for time travel. Their mission is to keep the time line flowing. There are three destinies, three paths for each decision a person makes, but if one of the roads becomes tangled, a Storm Rider must step in and repair the rift before the dimensions collide. I’ve combined the western, fantasy (time travel), and historical elements for my tale. It’s how I’d imagine the wild west would look if the future stopped by for a visit.
How could I not have a story with Outlaws and Sheriffs? 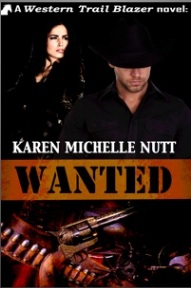 In my western tale, WANTED, six year-old Emma is convinced her Christmas wish and premonition has come true when outlaw JoBeth Riley is brought into town and locked behind bars. Emma’s father, Sheriff Jace Kelly, must keep JoBeth from being broken out by the leader of the outlaw gang, who is determined to have JoBeth by his side once more.
JoBeth finds the Kellys a strange lot when forced to spend Christmas with them. The little girl believes her dreams are tales of the future and the rugged sheriff kindness proves to be a distraction. She’s an outlaw for heaven’s sake, but Jace is bound and determined to steal her heart.

Penning tales is my first love, but I also create book covers for Western Trail Blazer and Gillian’s Book Covers, “Judge Your Book By Its Cover”. You might recognize a few of these covers by these talented authors: 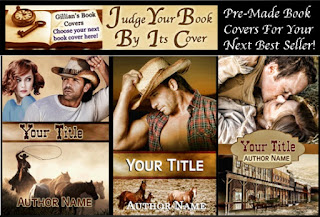 Judge Your Book By Its Cover: We offer Pre-Made Covers for all genres, but here are a few of our western pre-made covers. We will not resale the same cover. If you're looking for something in particular, but don't see it on our website, let us know. We will work with you to create the perfect cover for your next best seller!! 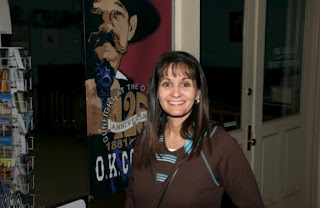 Karen Michelle Nutt resides in California with her husband, three fascinating children, and houseful of demanding pets. Jack, her Chorkie, is her writing buddy and sits long hours with her at the computer.
When she’s not fighting outlaws, vampires, shape shifters or fallen angels, she creates book covers. You can find her cover art at: Gillian’s Book Covers, “Judge Your Book By Its Cover”.
Whether your reading fancy is paranormal, historical or time travel, all her stories capture the rich array of emotions that accompany the most fabulous human phenomena—falling in love.