Our focus this month is on the legendary writer and artist Howard Chaykin. Since the 1970s, Chaykin has worked on a number of sci-fi, fantasy, horror, and adventure titles, including the iconic American Flagg! and Black Kiss. He is also the creator of Dominic Fortune, a Depression-era adventurer (and personal favorite.) Like many kids of the '70s, I was first introduced to his work in the first ten issues of Star Wars in 1977-78. In fact, I read his comics adaptation of the movie before I saw (or had even heard much about) the film. 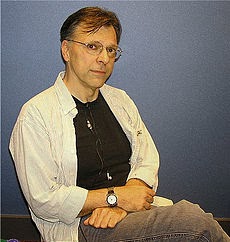 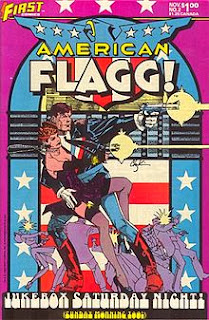 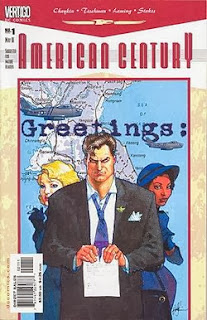 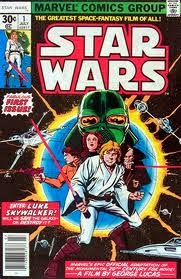 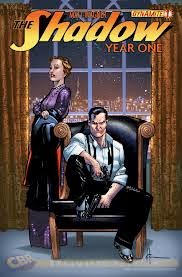 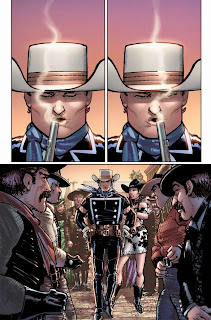 His newest work, due out Oct. 1, is very intriguing: a graphic novel titled Century West. Here's the official description:

"Century, Texas used to be a sleepy little burg, barely a whistlestop between nowhere and the great beyond...until the 20th Century arrived with a bang, bringing with it automobiles, aeroplanes, telephones, paved streets...and, of course, the movies. Howard Chaykin tells the colorful story of the American West, transformed from frontier to legend, and how the American dream became a modern myth." 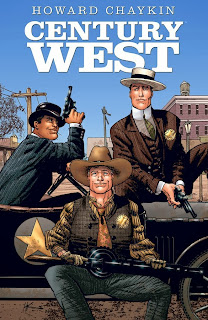 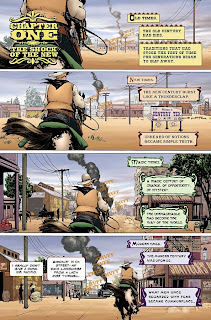 Howard Chaykin has generously agreed to answer some of our questions today.


1.  Can you tell us about your background with the western genre? Were you engaged by it growing up? Have you worked in it before in comics?
I was born in 1950—making me a part of the “HOPPY, GENE & ME” generation.  I was a fanatical fan of Bill Boyd’s HOPALONG CASSIDY stuff, the GENE AUTRY and ROY ROGERS shows were must see TV, and I can still see I. Stanford Jolley as Butch Cavendish, throwing papier mache boulders at Clayton Moore and a bunch of Gower Gulch riders.
The western movie, and the TV series that jammed the fifties and early sixties were my first love—excluding Howdy Doody, who, come to think of it, was a cowboy, too.
I briefly ghosted a western for Wallace Wood back in the early sixties, and that’s about it.
2. What kind of transitions were going on in the West, and the country in general, at the turn of the 20th century?
As I’ve indicated before, I’ve come to believe that what we call the modern world started far earlier than we can imagine, and that many of the defining elements of the rest of the 20th century were well in place in the first decades.
The town of CENTURY seemed to  me like the perfect setting to play out the idea of the frontier being paved, as the west is transformed by the advent of modernity.

3.  Do you think your three protagonists are typical Western genre lawmen?
By what standards would you call anyone typical?  We’re talking about a Canadian émigré, a New Orleans whorehouse piano player and fancy man, and a New York City police detective.  You figure it out.
4. This work first appeared several years ago in Italian and Spanish, and is only now being published in English for the first time –how did that happen?
The original publisher got cold feet about the graphic novel form, and decided not to pursue any further foreign language rights.  Those rights reverted back to us, and IMAGE felt like the perfect publisher for a story I hold near and dear to my heart.
5. If you could choose one western character, in any medium (or in history), that you’d like to work with, who might it be?
At first, I thought this was a silly question, too broad to consider… until I considered, and realized that it would be PALADIN, MAVERICK, or SUGARFOOT.
6. Which of your many works are you proudest of?
That would put a halo on some stuff, and undersell others.  Better you should ask me what I’m ashamed of—and I’ve learned to keep that a secret too, because stuff I hate others might revere—and I don’t want to hurt anybody’s feelings—unless they’re dead, and then all bets are off.
Many thanks to Mr. Chaykin for devoting some time to us today. I urge everyone reading to go out and order Century West- I know I am.
Here is the AMAZON LINK