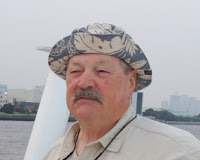 My younger brother is putting together a history of our dear mother, who died in 2000 at the age of 85. Her grandparents were among the 200 families selected and called by Brigham Young in 1876 to settle on the Little Colorado River. Discussion of the settlement of the west, especially in the great basin between the Rocky Mountains on the east and the Sierra Nevada Mountains on the west, would in no way be complete without considering the Mormons.

Still, knowledge of the Little Colorado River stretches back for centuries. They say Coronado crossed it in 1540. In 1583 Antonio de Espejo’s expedition probably crossed the Little Colorado on its way to silver mines in the region of today’s Prescott, Arizona. Father Francisco Garces, a missionary from New Spain, visited the Hopi villages in July 1776, and the journey took him into the Little Colorado Valley. He called it Rio Jaquesila and approached it from the southwest. Then, as in 1876, the river was muddy. He said, “It was running water enough, but very dirty and red, that it could not be drunk; but in pools of the border of the river there was good water.”

Lt. Lorenzo Sitgreaves, for home the Sitgreaves National Forest is named, wrote of the Little Colorado in his topographical report of September 27, 1851.

The well-marked trail we had hitherto followed brought us at length to the Little Colorado, which it crosses, continuing on south to the Salt River, a tributary of the Gila.

At this point, the Little Colorado is an insignificant stream, divided into several small channels, flowing through a narrow valley destituyte of timber, but covered with a thick growth of rank unnutritious grass. The hills bounding it on either side are of gradual slope, with here and there a rocky point, of a conglomerate of gray sandstone and pebbles jutting out into the bottom.

Sitgreaves later described the area where the four Mormon Little Colorado settlements would later be located.

The river, winding to the north, gave us a straight course across the high land, soft and sandy, as usual, and frequently intersected by deep ravines, until we again encountered it, flowing now between bluff sandy banks fringed with cottonwood trees, and presenting at length the appearance of a river, but still with little water in its bed.

Reports about the area were less than comforting. Even early Mormons found the Little Colorado Valley too forbidding for the most part. In 1873, Some Mormons from Utah under the leadership of Horton D. Haight found the valley so uninviting that they turned around and went back to Utah.

The Mormons called to settle the Little Colorado river country saw a landscape that was sandy and barren, but the early explorers saw that the river offered some potential for cultivation of crops. Those sent by Brigham Young were affected by the terrain in different ways. Some were discouraged by the desolate land. Others saw themselves with a calling to extend the boundaries of Zion and were determined to made the best of the situation. 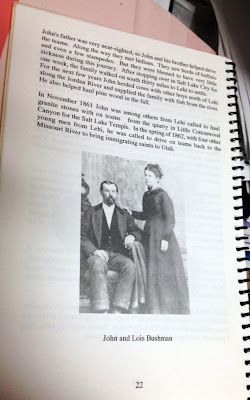 A flier came from Salt Lake City, telling the missionaries how to gear themselves up for the settlement. Notice that it says “For two persons.”

Diaries survive of the move from Utah (as far north as Lehi in the case of my own progenitor). The interesting thing about these diaries, according to “Colonization of the Little Colorado,” is that they “never said a word about the tedium of the journey, or the lack of comforts.”

These were the people who “opened up the west.”

The vanguard reached Joseph City (then called Allen’s Camp) March 24, 1876. The journey took forty-eight days. This vanguard consisted of thirty wagons, all drawn by horse or mule teams. The rest of the missionaries came as they could. For example, George Dabling wrote that he was “all safe and sound after being on the road for six months.” Franklin Grey arrived at Allen’s Camp December 15, 1876, after a little over ten months on the road.

They fought to get to the Little Colorado, and they fought to stay. Four communities were established: Sunset, Brigham City, Obed, and Joseph City. Only Joseph City survives. 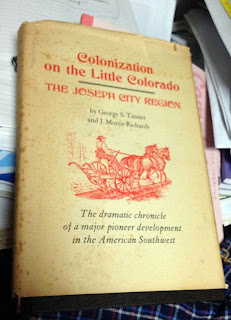 This very short summation of how Joseph City came to be is taken from Colonization on the Little Colorado, and from various family histories. 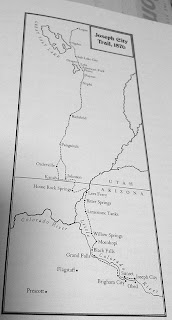 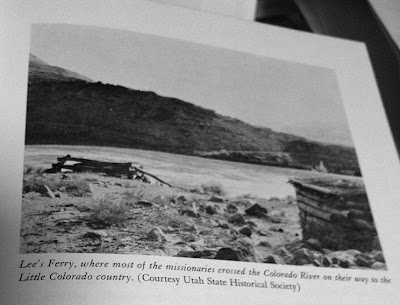 Lee's Ferry as seen by many pioneers. Notice the road leading up onto the flat on the far side of the ferry. Imagine taking that incline with horses or oxen and wagons. 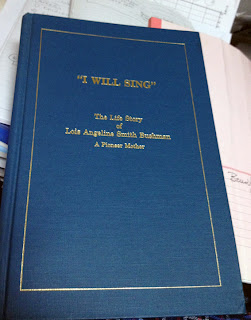 The nearly 500-page history of my maternal great grandmother, a woman too sickly to make the first trip to Joseph City, but who in the end raised 12 children. 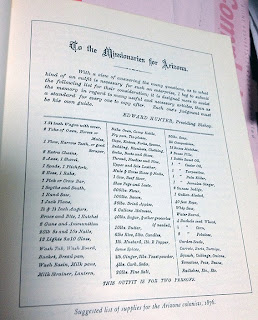 The list of supplies suggested to "missionaries" to the Little Colorado valley. This list is what was needed for two people. Imagine getting it into one wagon with enough space to sleep there as well.

Posted by ChuckTyrell at 8:27 AM