Do you know who said: "I've always acted alone like the cowboy . . . the cowboy entering the village or city alone on his horse . . . He acts, that's all."

Nope. Henry Kissinger made this remark to the late Italian journalist Oriana Fallaci, during a 1972 interview, although her style more closely resembled an interrogation, which often prompted intriguing answers.

Nevertheless, Kissinger's remark, in his own way, perpetuated the myth of the lone cowboy as the reality of the west.

Much of the perception of the American West was shaped by stories that presented a mostly romanticized view, pitting cowboys against Indians, and lawmen against outlaws. Even though most writers today offer more compelling and realistic views of the Old West, it's difficult to breakdown the barriers of perception.

Novelist Jory Sherman, the Western Writers of America's 2013 recipient of the Owen Wister Award for Lifetime Contributions to Western Literature, contends that "As long as they label our books westerns" publishers are "locking us into a sub-genre that does not appeal to wider markets."

He believes such stories should be called American novels, and many labeled as mainstream.

"We are the only country in the world that has a West. The western is our Native American literature. We have an exclusive on the West and it’s the richest part of American history. And, the books should not be confined to a certain locale or time period."

Using Jory Sherman's comments as a benchmark, several authors and author-publishers were asked to respond to three questions: 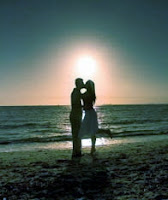 In the minds of most new readers, if you say Western they think only of gunfights, Indian wars, or trail drives.

This in itself is pretty limiting as to which new readers would be attracted.

And in using the same style covers and the same style blurbs, how are new readers to know that these Westerns are exciting, well told, and worth their time?

Parents, many teachers, and politicians often discourage young people from reading Westerns because the stories contain guns and violence, can be racist toward Native Americans and blacks, are often a bit religious, and most contain some lessons on morality.

But as a publisher, when we upload books, the classification choices are limited and we are often stuck with Western as the only choice, which fits.

Changing the name of the genre Western as a whole might help, but readers might also feel misled, or that it was another publishing marketing trick, and it could backfire.  My recommendations to expand the appeal of the Western to new readers are fairly simple:

·       Be honest with the readers about what they are getting by using sub-genre classifications and tags when possible
·       Make the covers and blurbs stylish and as true to the story as possible
·       Offer blogs, discussions, and interviews which will be interesting and draw from outside your normal followers
·       Use social networks to make "virtual" friends who often will become customers
·       Cross-promote with other Western authors, publishers, and organizations for the good of the entire genre
·       Don't be such a "traditionalist" that you can't see the merit in the Western sub-genres which are actually drawing in new readers. 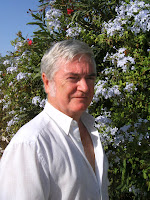 One part of me abhors labels. It's as if authors have to be pigeonholed. That's why some resort to pen names. Some publishers don't want their crime authors to be seen to write westerns etc.

The publishers and critics are to blame, I suspect: western literature isn't - literature, that is, in their view.

Yet labels do appeal to readers who want that type of book. If a reader lives by the credo 'I don't read westerns', simply removing the label isn't going to win him over, unless he's particularly dense, as the blurb alone will tell him what the story is about.

Although I write westerns, they're aimed at any reader, not only a western aficionado; a very few of my readers who haven't read a western before have been pleasantly surprised. So what am I saying? Would those readers have picked up my western if it had been labelled differently? I don't think so - the blurb tells them it's a western, and they don't read westerns...

It's not the classification; it's the public perception of the genre that needs work. There are plenty of readers out there who don't read crime, or sci-fi, or mysteries, or romance. They have set ideas, set perspectives, and it's difficult to shake them.

All we writers can do is strive to produce a quality product that can stand up against any other genre in storytelling, style, appeal and narrative flow. Word of mouth can sometimes help. Occasionally, a book becomes a breakout novel - it transcends its genre. If it happens to be a western, then maybe that will help others too.

What an interesting perspective from one of the masters! I never thought about it this way until Jory put it in these particular words.

American Novels—what an all-encompassing term that does justice to our writing about OUR COUNTRY!

When you think about it, novels that take place in other parts of our country aren't labeled as such.

These are all "American" novels, and so should the story of the western history of our country be called, as well! 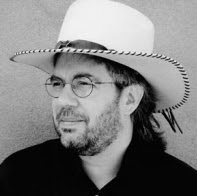 The perception can be limiting. For most people, and quite a few publishers, Western brings to mind Louis L'Amour, Matt Dillon and Randolph Scott. If you write those kinds of stories, great. It depends on how you want to market yourself.

You can say, 'I write Westerns,' or 'I write historical novels set in the American West.' When I'm introduced as an historical novelist, the reaction can range from 'Cool' to 'Boooring.' Yet when someone introduces me as a 'Western' writer, the most common reaction I get is eyes-open-wildly-curious-WOW!

So there is immediate name recognition there. Like Jory Sherman says, 'We are the only country that has a West,' and people everywhere know what the West is."
An attempt was made several years ago to use the word Americana. It went nowhere. They have tried Novels of the West, which did a little better.

But you have to be careful about changing a brand, a known commodity. If nobody knows what the label means, you're doomed to obscurity and remainders.

Good or bad, people know what Western generally means. I think the best thing writers can do is write the best story they can, be it contemporary, historical, frontier, literary, mystery, young adult, romance, horror, crossover, whatever.

I was just talking to a couple of editors and an agent—none who represent me —while in New York recently about that very thing. Bottom line seemed to be you have to write something that will appeal to mass audiences, particularly female, and definitely not just the older male Western reader.

But there is a tremendous amount of popularity and sales in Western nonfiction, which seems to be intriguing publishers in Western fiction. Best-selling nonfiction writer Jeff Guinn (Go Down Together, The Last Gunfight, Manson) has signed a three-book deal with Putnam for Western fiction. I'll be interested to see how those novels will be marketed. But if they do well, the exposure should be good for all of us. 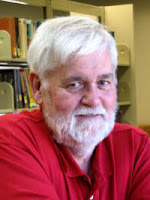 During an interview for this blog's StoryTeller's 7, novelist Robert Vaughn addressed this same topic:

Jory Sherman once wrote a brilliant piece about the Western, and how it is the true American art form, a morality play of good verses evil.

And, and there is nothing I could say that could possibly add a thing to that.

I know this: The Western is Americana, but it is certainly not limited to Americans.

I met fans of the genre when I was in Germany, I know there are fans in Great Britain, and I have sold them in England, France, Spain, Portugal, Italy, and Japan, so they are there too.

I think a lot of readers, who haven’t read Westerns, may not understand the scope and richness of the stories.

Some may remember the “B” Western Saturday Matinees and equate them with Western novels.

But anyone who has read Frederic Faust (who wrote as Max Brand, and was killed in Italy during WWII) Owen Wister, Louis L’Amour, or Jory Sherman, knows that a well-written Western can have the depth and richness equal to any work of literature.