Review Roundup: The Short Life of the Law 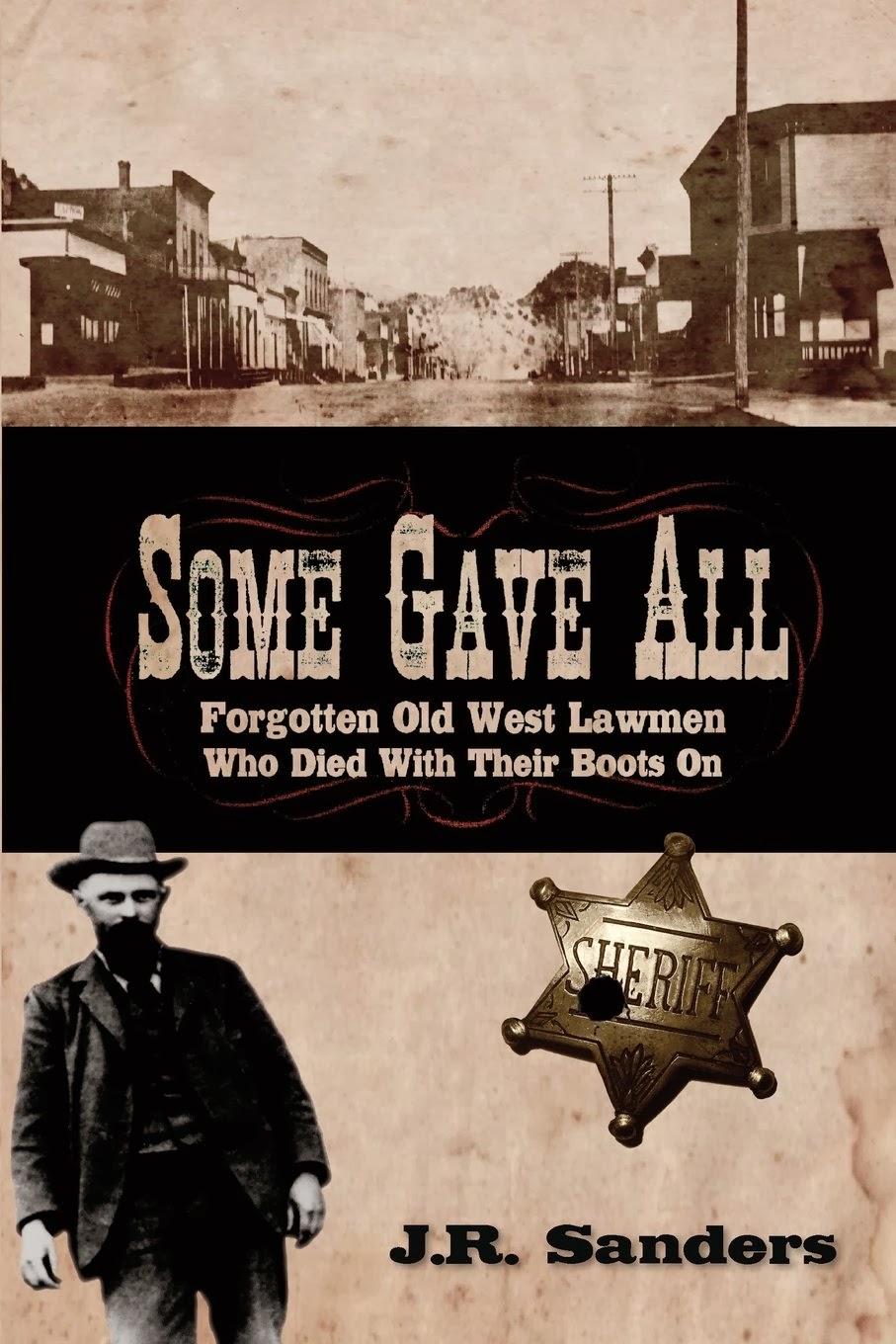 For all but a few, the life of a lawman in the 19th Century American West was far from glamorous. Overworked and underpaid, often overlooked and usually under-respected, the men who wore badges risked their lives to wrestle order from chaos on the frontier. They had no formal training, no instant communication, and often no backup … but one thing they possessed in abundance was guts.

A handful became legends — Wyatt Earp, Bat Masterson, Wild Bill Hickok — but for the vast majority, the job of sheriff, marshal, or policeman didn’t even pay a living wage. Many worked second jobs to support families.

When they died in the line of duty, most were given a hero’s funeral … and then quickly forgotten.

J.R. Sanders calls forth the ghosts of fourteen such men in Some Gave All: Forgotten Old West Lawmen Who Died With Their Boots On. Some of the real-life stories are touching, some sad, and some downright bizarre, but in every case the men behind the badges deserved better than to be consigned to historical footnotes.

Sanders does a good job of bringing the lawmen to life. In addition to illuminating the career leading up to each man’s death, he provides background on familial relationships and the other roles the subjects played in their communities. Then he does the unexpected: He follows the aftermath of each murder, revealing investigations and court proceedings by citing primary sources. In a surprising number of cases, the cop-killers escaped justice due to vagaries of the legal system. In an even more surprising number of cases, though local newspapers invariably eulogized the fallen officers as heroes, within a few years even they misremembered details or spelled the lawman’s name incorrectly. A hero’s glory, it seems, is fleeting.

Some Gave All is an educational read for anyone interested in law-enforcement history. Though non-fiction, each chapter brims with personality and wild-west action — shootouts, stabbings, and prisoner escapes. The subsequent courtroom shenanigans provide a great deal of evidence that miscarriages of justice and legal loopholes are nothing new.

This is not dry, “just the facts, ma’am,” reporting, thanks to Sanders’ lively voice and irrepressible editorializing. The book is worth a read.


Kathleen Rice Adams is a Texan, a voracious reader, a professional journalist, and an author. She received a review copy of Some Gave All from the author. Her opinions are her own and are neither endorsed nor necessarily supported by Western Fictioneers or individual members of the organization. Links in the review are for convenience only; they do not produce affiliate revenue.