The wicked may live in your own house--Wicked Wednesday 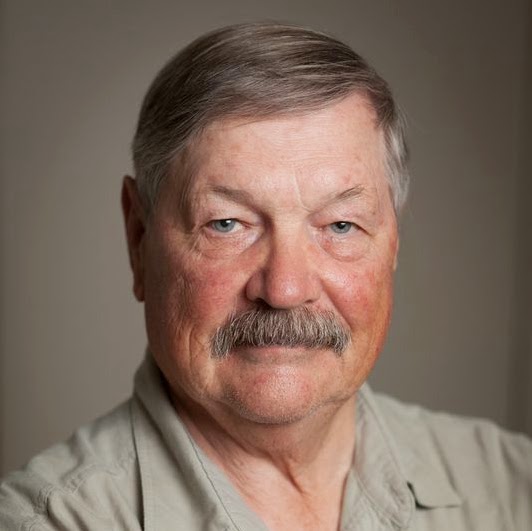 Yeah, I know we’re engaged in the worthy cause of writing Westerns, but that automatically means we’re writing historicals as well. That’s why readers get upset if you get a date wrong or have people using tools that had not been invented in the times of the story.

So let’s take a tip or two from a historical novel—World Without End.

In Ken Follett’s novel, it seems the times are very much a part of the wickedness the protagonist, Merthin, must face. But another one is close to home. His brother Ralph.

The standoff begins in the first paragraph of chapter 2:

Merthin was eleven, a year older than his brother, Ralph, but, to his intense annoyance, Ralph was taller and stronger.

How’s that for a setup? Well, the next paragraph is the setup, actually:

This caused trouble with their parents. Their father, Sir Gerald, was a soldier, and he could not conceal his disappointment when Merthin proved unable to lift the heavy lance, or became exhausted before the tree was chopped down, or came home crying after losing a fight. Their mother, Lady Maud, made matters worse, embarrassing Merthin by being overprotective, when what he needed her to do was pretend not to notice. When Father showed his pride in Ralph’s strength, Mother tried to compensate by criticizing Ralph’s stupidity.

So we have Merthin, who is smart and whose name reminds us of Merlin, the magician of Camelot, and we have Ralph, who is strong and dumb.

A little farther on, we get a glimpse of Ralph’s wickedness. The scene is about a 3-legged dog named Hop, kinda:

Hop had dropped all three of the arrows at Gwenda’s feet, and now the little girl picked them up and handed them to Ralph.

He took aim without drawing the bow, sighting the arrow at the tree trunk, while there was no pressure on his arms. Merthin realized he should have done the same. Why did these things come so naturally to Ralph, who could never answer a riddle? Ralph drew the bow, not effortlessly, but with a fluid motion, seeming to take the strain with his thighs. He release the arrow and it hit the trunk of the oak tree, sinking an inch or more into the soft outer wood. Ralph laughed triumphantly.

Hop scampered off after the arrow. When he reached the tree, he stopped, baffled.

Ralph was drawing the bow again. Merthin realized what he was intending to do. “Don’t—” he said, but he was a moment too late. Ralph shot at the dog. The arrow hit the back of its neck and sunk in. Hop fell forward and lay twitching.

Gwenda screamed. Caris said, “Oh, no!” The two girls ran to the dog.

Ralph was grinning. “What about that?” he said proudly.

“Doesn’t matter—it only had three legs.”

So we see that Ralph has no sympathy for those weaker than he, and Merthin, it says a few lines later, “could not hide his admiration,” after Ralph shot a hare.

A few moments later, Ralph killed a soldier with the bow and arrow, saving a man who was running 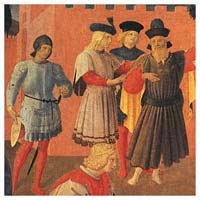 Put in Western terms, Ralph might be the young gunfighter with a natural talent for putting a bullet where he pointed his gun. One moment he draws quickly and shoots a 3-legged dog, then plinks a rabbit, and then puts his gun away. Then three men are beating another who seems to be running from them. Ralph whips out his six-gun and plugs one. The single man fighting for his life takes out a second man with his knife. The third assailant runs. So it looks like Ralph might be a good guy, too.

So, at the age of eleven, our protagonist has a brother who may turn into his bane. Fast forward to Methlin’s age twenty-one. The rains came, and part of the cathedral caved in. Methlin is a builder’s apprentice, and his “master” is Elfric, who would do anything for a farthing and who could not care less about building quality. They are discussing how to rebuild the collapsed portion.

Elfric said: “Well, the first thing to do is obviously to rebuild the vaulting over the first two bays of the aisle.”

Thomas said: “It’s a long time since anyone in Kingsbridge built rib-vaulting.” He turned to Merthlin. “Could you make the formwork?”

Merthin knew what he meant. At the edge of the vault, were the masonry was almost upright, the stones would stay in place by their own weight; but higher up, as the curve turned toward the horizontal, some support was needed to keep everything in place while the mortar dried. The obvious method was to make a wooden frame, called formwork or centering, and lay the stones on top of that.

So the normal way to make vaults was with formwork. But, after Elfric condescends to answer a question directed at Merthlin, saying, “Under my supervision, he can do it, yes.”

Then Merthlin turns the tables.

“I can make formwork,” Merthlin said, already thinking about how the frame would be supported by the scaffolding, and the platform on which the masons would have to stand. “But these vaults were not built with formwork.”

Takes a tough-minded apprentice to talk like that to his boss.

“Don’t talk nonsense, boy,” Elfric said. “Of course they were. You know nothing about it.”

He should not argue with his employer, but in a year or two, he would be a free journeyman, and the church provided much of the employment. Besides, Elfric’s condescending attitude ruffled Merthlin’s feathers.

“Look at the extrados,” he said indignantly. “Having finished one bay, surely the masons would have reused the same formwork for the next. In which case, all the vaults would have the same curve. But, in fact, they are all different.” 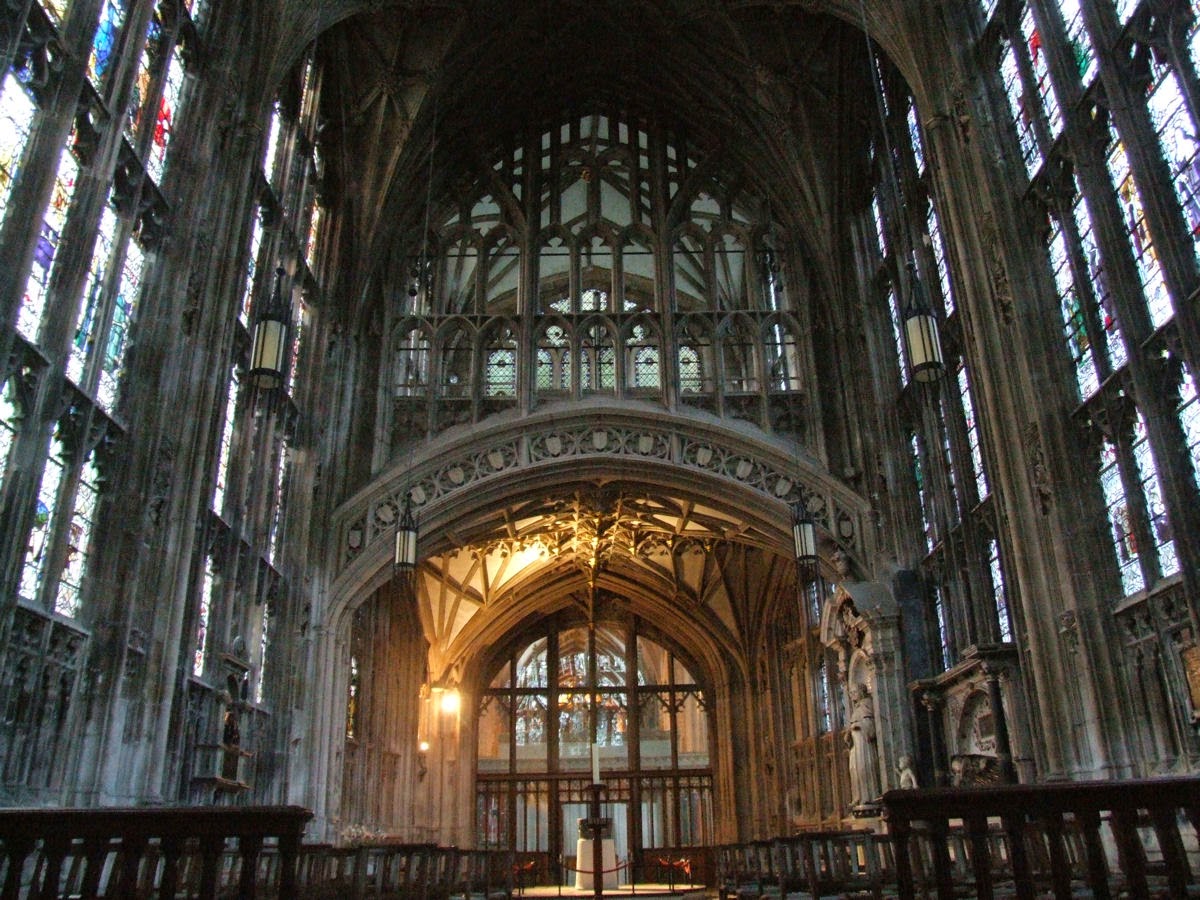 “Why wouldn’t they? Merthlin persisted. “They must have wanted to save on timber, not to mention the wages of skilled carpenters.”

“Anyway, it’s not possible to build vaulting without formwork.”

Godwyn put in: “Just a minute, Elfric. If the boy is right, it could save the priory a lot of money.” He looked at Merthin. “What were you going to say?”

So Merthlin told the priest how the job could be done, which severely ruffled the feathers of his employer. Now we have two wicked men: Ralph and Elfric.

What happens when a wicked man has position and authority over others? Ralph shows us:

Roland did not ask Ralph to sit, "The priest of Wigleigh is here,” he said.

Roland did not bother to answer these rhetorical questions. “He complains that you raped a woman called Annet, the wife of Billy Howard, one of your serfs.”

Ralph’s heart missed a beat. He had not imagined the peasants would have the nerve to complain to the earl. It was difficult for a serf to accuse a lord in a court of law. But they could be sly, and someone in Wigleigh had cleverly persuaded the priest to make the complaint.

Ralph put on an expression of carelessness. “Rubbis said. “All right, I lay with her, but she was willing.” He gave Roland a man-to-man grin. “More than willing.”

An expression of distaste came over Roland’s face, and he turned to Father Jerome with an inquiring look.

As the story (untrue) comes out, as Ralph explains it, Roland the Lord says, “That’s a bit oafish, isn’t it, Ralph?”

Ralph was not sure what he meant. Did he expect his men to behave like damned monks?

Roland went on. “I was warned you’d be like this. My daughter-in-law Always said you’d give me problems.”

“Lady Philippa to you.”

Enlightenment dawned on Ralph, and he said incredulously: “Is that why you didn’t promote me after I saved your life—because a woman was against me? What sort of army will you have if you let girls pick your men?”

Ralph’s wickedness gets him into trouble after trouble, and his high rank gets him out of trouble time after time.

As an earl, Ralph gets a death sentence passed on a boy named Sam, the son of Gwenda, whom he slept with once. Here’s the scene with wicked Ralph and vindictive Gwenda. She goes to see him.

Ralph stood by the window in his undershirt. His boots and outer clothing were piled on the floor. His face was flushed with drink, but his speech was clear and steady. “Take off your dress,” he said with a smile of anticipation.

“I’m not taking my clothes off,” she said.

“Why did you tell Alan you wanted to see me in private?”

“So you would think I was willing to have sex with you.”

“To beg you to ask the kind for a pardon.”

“But you are not offering yourself to me.”

“Why would I? I did that once before and you broke your word. You reneged on the deal. I gave you my body and you did not give my husband his land.” She allowed the contempt she felt to be heard in the tone of her voice. “You would do the same again. Your honor is nothing. You remind me of my father.”

Ralph colored. It was an insult to tell an earl that he could not be trusted, and even more offensive to compare him to a landless laborer who trapped squirrels in the woods. Angrily he said, “Do you imagine this is the way to persuade me?”

“No. But you are going to get that pardon.”

“Because Sam is your son.”

Then Gwenda goes into all the inherited personality traits that Sam has. At last she says: “Where does the killer instinct come from, Ralph? Look in your own black heart. Sam is your son. And, God forgive me, he is mine.”

So Sam is Gwenda’s oldest son, and also son of Ralph. And in the end, Sam kills Ralph. Just desserts, you might say. But Ralph’s wickedness flavors the entire book, from chapter one through the end of chapter ninety, page 998. Often he has nothing to do with his brother Merthlin, but he makes those around him miserable . . . as a wicked man must.

Posted by ChuckTyrell at 3:48 AM